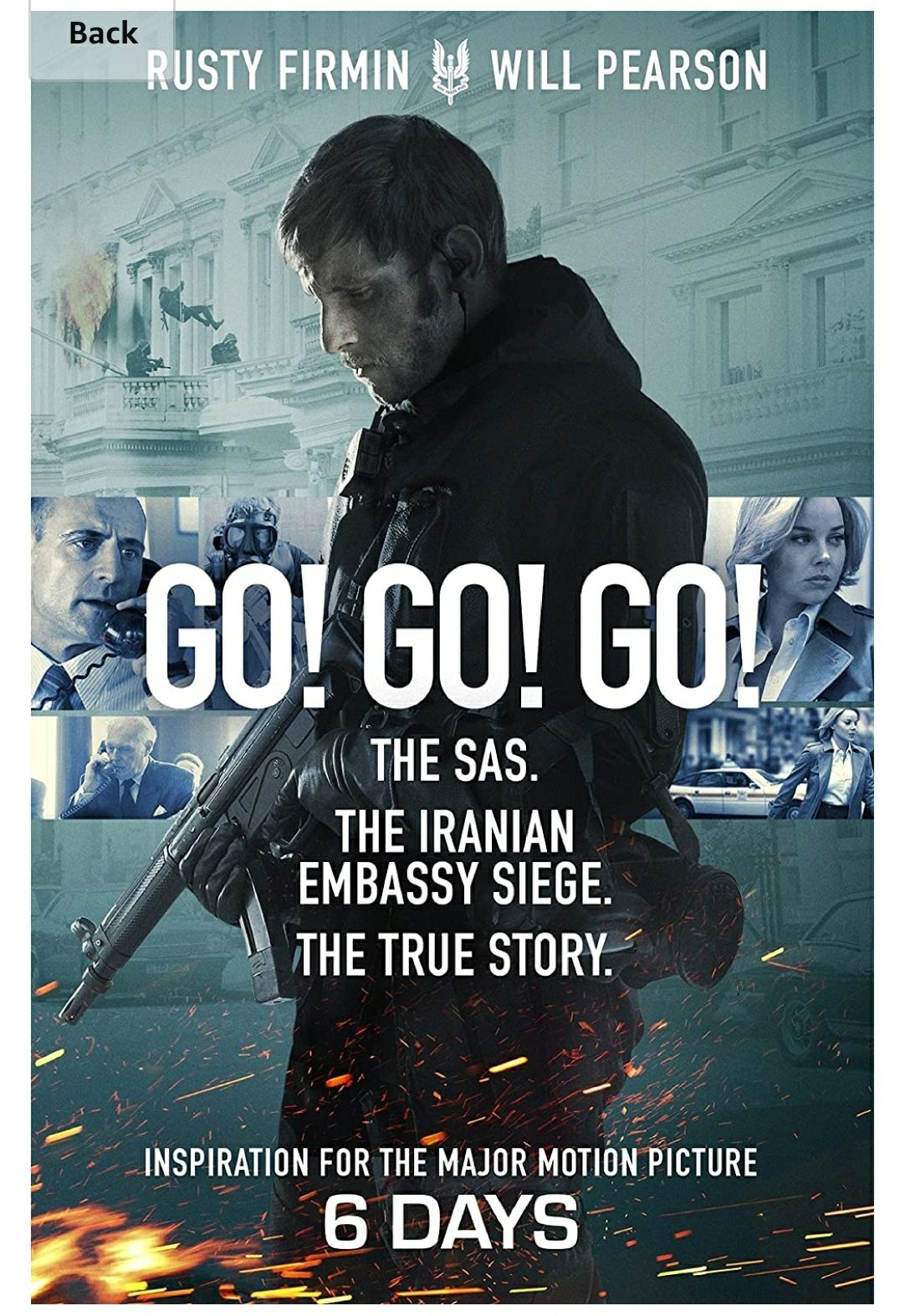 The first comprehensive account of the storming of the Iranian Embassy in London in 1980.

GO! GO! GO! tells the action-packed story of the 1980 Iranian Embassy siege. It is a comprehensive, detailed and gripping account of an unforgettable six-day drama that shook Britain -- and the wider world -- to the core. Drawing on original and unseen source material from ex-SAS soldier Rusty Firmin, the police and the British Government, GO! GO! GO! takes us to the heart of the whole operation.

The assault planning and training, strategy and tactics are described in detail, and the personal stories of the gunmen revealed -- who they were, where they came from, why they did it and Saddam Hussein's direct involvement. Compelling accounts of each day of the siege from the hostages' points of view show how they dealt with captivity individually and collectively. New material explains the negotiators' tactics and their cool exterior versus their internal turmoil as negotiations reached crisis point.

The full story behind the six day siege in 1980 is a fascinating one, SOUTH WALES ARGUS

Action-packed ... a comprehensive, detailed and also grippng description of the six-day dramam that shook Britain in 1980., HUDDERSFIELD DAILY EXAMINER

An engrossing story of a seminal hostage situation - the authors offer a clear-eyed account without falling victim to over-simplification., SUNDAY BUSINESS POST

Gripping from page one right up until the end. A must read., BURTON MAIL

Book Description
The first comprehensive account of the storming of the Iranian Embassy in London in 1980.

Rusty Firmin was born in Carlisle in 1950. He joined the Royal Artillery at an early age and was then posted to 49 Field Regiment RA and subsequently to the 29 Commando RA. Getting a taste for commando ops, Rusty passed the SAS gruelling selection and joined B-Squadron 22 (SAS) Regiment in 1977. Following covert tours in Northern Ireland with the SAS, Rusty then led part of the iconic assault to rescue the hostages from the Iranian embassy in 1980. A fitness fanatic who represented the British Army at football, Rusty lives in rural Herefordshire.
PostTweetShare Share with WhatsApp Share with Messenger
Community Updates
Amazon DealsAmazon discount code
New Comment Subscribe Save for later
3 Comments
5th May
i remember watching the Embassy World Snooker final at the time with my mum and dad when the live coverage got interrupted and changed over to the storming of the embassy by the SAS, flicking between the BBC and ITN stations because each one had different feed camera angles as the SAS went in. A memory that I shalll always remember and where I was at the time when it happened.
Edited by: "Wowhats" 5th May
5th May

They explained this morning on GMB that both angles were covered on purpose. It was a great interview with Rusty Firmin at about 8am so you could get it on catch up
Edited by: "batezy" 5th May
5th May

Thanks, I will try and watch it. GOOD POST batezy