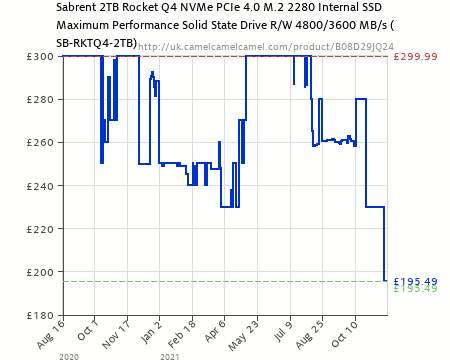 Based on QLC NAND Flash memory, its performance speeds can reach up to 4800 MB/s (read) and 3600 MB/s (write) when using a PCIe Gen4 motherboard. Using a PCIe Gen3 Motherboard Speeds will reach up to 3300 MB/s. Power consumption is much lower than traditional hard drives, making it the best embedded solution for new systems.

Note: In order to take advantage of these speeds, a PCIe Gen4 motherboard is REQUIRED. Otherwise it will be at PCIe Gen3 speed at max of 3300MB/s.

When installing any NVMe PCIe 4.0 SSD directly onto a PCIe Gen4 Motherboard a Heatsink is required to dissipate the heat generated by the drives extreme speed levels to avoid thermal throttling and maximize performance.