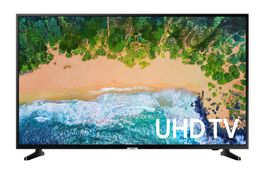 I have been thinking so hard about which 4k TV to buy and finally taken the plunge.

I wanted low input lag for gaming and the LG UJ and UK series are the best for that according to rtings.com (with 10ms input lag similar to a monitor!)

So they also recommened the Samsung NU7100 which is a bit more expensive.

Except... black Friday is here!

I chose Richer Sounds as recently bought a 'used very good' TV from amazon and it came smashed and having so much trouble getting it returned by courier.

I got a second hand one from gumtree which came with part of the display broken - thankfully I tested it!

So have gone back to Richer Sounds now the black friday deal is on and the 6-year guarantee and I can just take it to the shop when/if it breaks rather than send to Scotland via courier!

only difference is the NU7020 has one fewer HDMI port , one fewer USB port (which is fine by me) and also doesn't have some old inputs: component and composite?!

So hopefully it has the same input lag as the NU7100 which is reviewed here (and video below)
rtings.com/tv/reviews/samsung/nu7100

I recently discovered my old monitor had a 70ms input lag and no wonder I was so bad at online games!

Hopefully this TV will be immersive, have nice Netflix and allow my new 1070 graphics card to uplscale 1440p if not some 4k medium gaming )

Reviews say it's not bright enough for HDR but you need spend £700-800 for that for the NU8000 series and I'd rather just upgrade in a few years when OLED is the new budget range rather than buy a 'mid range' model that isn't really there. 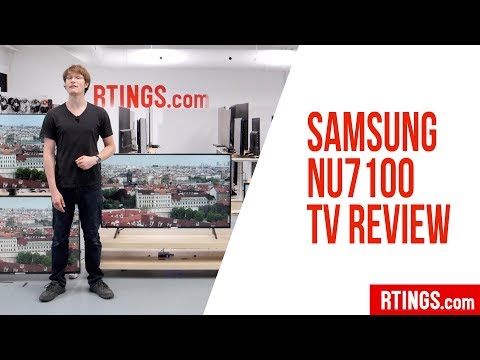 PostTweetShare Share with WhatsApp Share with Messenger
Community Updates
Black Friday 2020 DealsRicher Sounds DealsRicher Sounds Discount Codes
If you click through or buy, retailers may pay hotukdeals some money, but this never affects which deals get posted. Find more info in our FAQs and About Us page.
New Comment Subscribe Save for later
Top comments
17th Nov 2018
Mate I've done tons of research on this TV, it's pants. I'm looking into the 8000 at the moment, apparently you shouldn't touch any models below that.
84 Comments
17th Nov 2018
The nu7400 is a much better TV, it comes with ips or va panel. For a few extra quid you may want to read up on the 7400.
17th Nov 2018
Great write up! Have some heat.
17th Nov 2018
I thought this seemed familiar

Agreed - that was the next option. There is one on ebay for £575 refurbished and amazon £613 'used good' or £700 new... but I'd rather pay half that and then sell it in a few years and buy the equivalent of the NU8000 which will be £300 in a few years. I don't think HDR is widely supported in games yet but higher textures are so was more into 4k than the HDR stuff. I think if I was after movies I'd look into Hisense and TCL as well.
17th Nov 2018

That was the dilemma and why my budget was £300-400 as 40+" monitors are £400 and some have problems with HDCP 2.2. This has some nice apps like casting youtube and netflix from your phone which is good. And 120hz TV? Well you're looking NU8000 range for that so didn't seem worth it at this price.

Well you said you might buy a monitor too after selling your gpu as well as already buying this? so thats got to be what close to £600? the NU8000 can be had for 699 and its not even black friday yet.

The freesync range on the NU8000 is only 48-60. So if I were to get a gaming moniror I'd like LFC or at least down to 40 fps (I'm currently on the discord forum about getting freesync to work on nvidia gpus via an old amd gpu).

The dilemma was buying a proper monitor or a cheap TV - there is more mass production and discounting of TVs as shops use them as loss leaders to get you in (e.g. a £30 HDMI cable or insurance at Currys) ... we shall see! It wasn't an easy decision. Appreciate both sides!
17th Nov 2018
Your trying too hard m8 lol

I admire your tenacity in working it all out mate but your deceiving yourself, these budget TVs are as basic as they come, they won’t be built to last or be any good at anything especially to a trained eye like yourself, 349 is not nothing if you go for this it’s a waste of money and no one will want to pay money for it in 3 years, at this price point these are throw away TVs, technology is moving too fast for anyone but a pensioner to take this off you for zero in 3 years that is if it even still works, if you are willing and can sell some decent stuff to add to your budget and maybe use bnpl or credit card you’d be much more happy and another thing no one can tell if they’ll be alive in 3 years but your alive now, seize the day
Edited by: "ijwia" 17th Nov 2018

Yes I appreciate what you're doing as I'm holding out myself for a new TV that isn't bad for gaming too. I just think giving the circumstances you've made a bad choice for PC gaming. 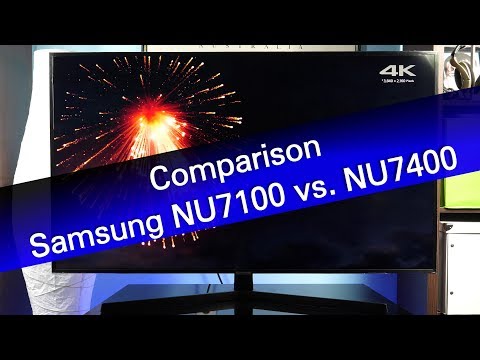 Let me know how it goes, I'm still intrigued by this TV even though everyone else has been so negative about it, I'm also looking for a TV to game on.
17th Nov 2018
I know a little bit about TV's but not a lot, what is RGBW and why is it so bad?
17th Nov 2018

Hi. Not started gaming yet but my initial thoughts are netflix and YouTube look better with the built in apps than via a pc. This is because pc has its own colour range and there are too many options...

Windows can select hdr and wcg (this tv does not have wcg) and then you have to manually set the brifgtness in hdr.

The tv detected my pc but game mode is another brightness option.

So far Netflix is a bit dark on pc but looks great with the app.

So there is less faffing using the apps on the tv which is one reason I went for tv tnan a monitor.

Instead I am using my old graphics card to send sound to my old amp (which is only hdmi 1.4 and I did not want to replace that) but I forgot I was running arc and so the tv sees that as a separate display!

If you turn it off on control panel you lose hdmi sound to the amp.

So for gaming I usually have a secondary extended display and usually full screen games just ignore it.

I would say the size is good compromise between immersion and usability as a very large monitor so far.
17th Nov 2018

The rtings review of lg6300 is best. They have some pics in article and also a video.

For movies etc this is probably fine.

But for text it can lead to distortions as seen in lg6300 review.

What 43” TV wools you recommend? I’m thinking a hisense after doing my research
17th Nov 2018

send me a link please!

OK It is as expected (after faffing about with my surround sound with my old amp that does not take a 4k signal).

I tested the GTX 1070 on a 28" monitor I had which is 4k 30hz or 1440p 60hz. The graphics were beautiful on that but I was used to a bigger screen. And I discovered the input lag was horrible on that too.

and it has ticked boxes 1 and 2 so far! not tested input lag will have to connect my fast 1080p 24" monitor to benchmark it.

I know there are better options but for price:performance this is what I wanted.

They are similar price at currys, amazon, john lewis so if no richer sound near you, can try one of them! 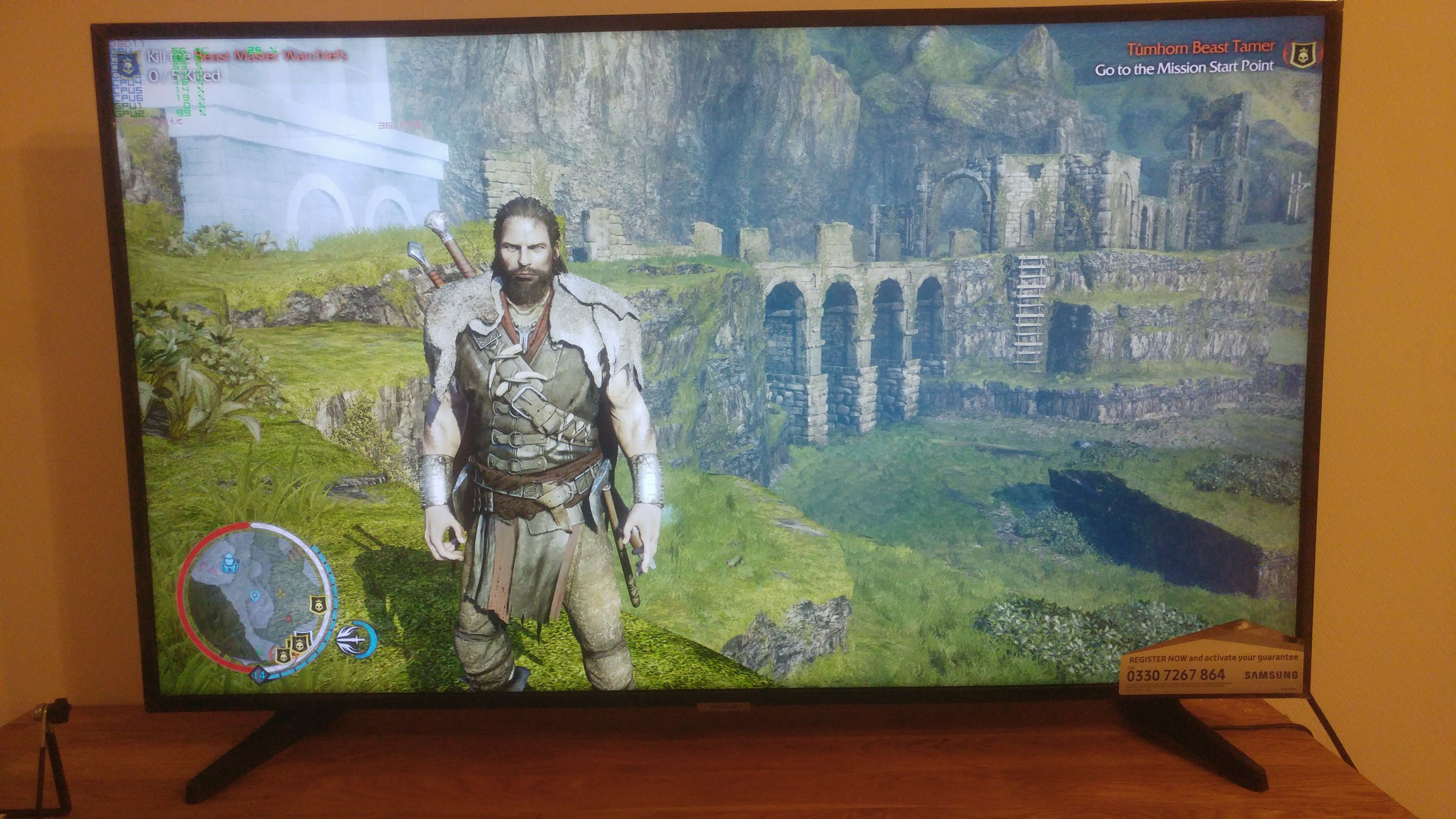 But windows can switch to 1440p and works fine but the TV says it's a 4k mode from the PC.

Ghost recon has switched to 2560 x 1440 and working fine... though I could also switch to 4k and use the resolution scaling but 2560 x 1440 is what nvidia experience recommended for me.

Get an ultra wide gaming monitor then
17th Nov 2018 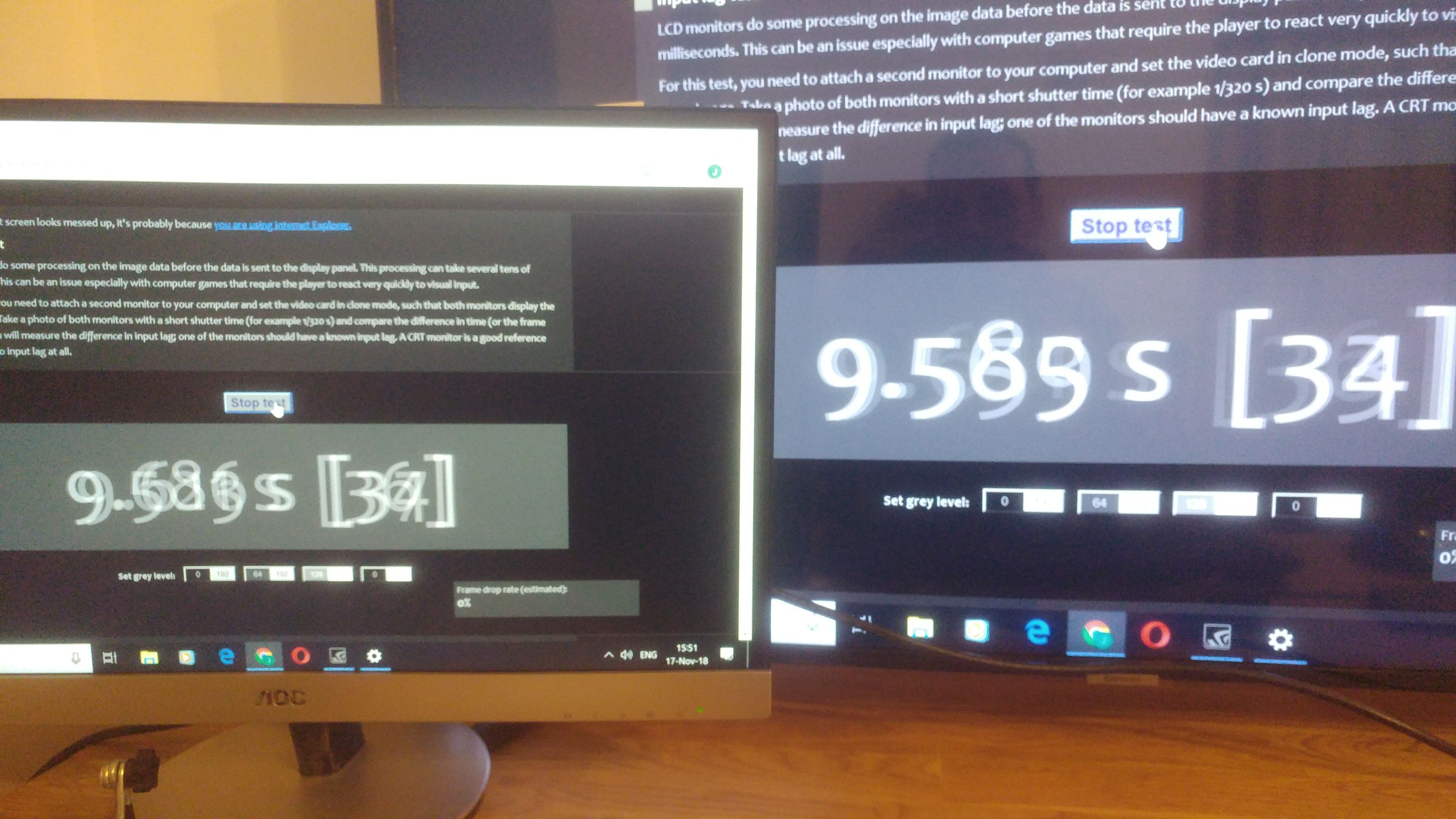 I probably need to change a setting on my camera to shoot faster. I shot videos before. But there does not seem much difference between my aoc monitor and this tv
17th Nov 2018
By contrast. This is my old vx2880ml monitor vs the aoc. 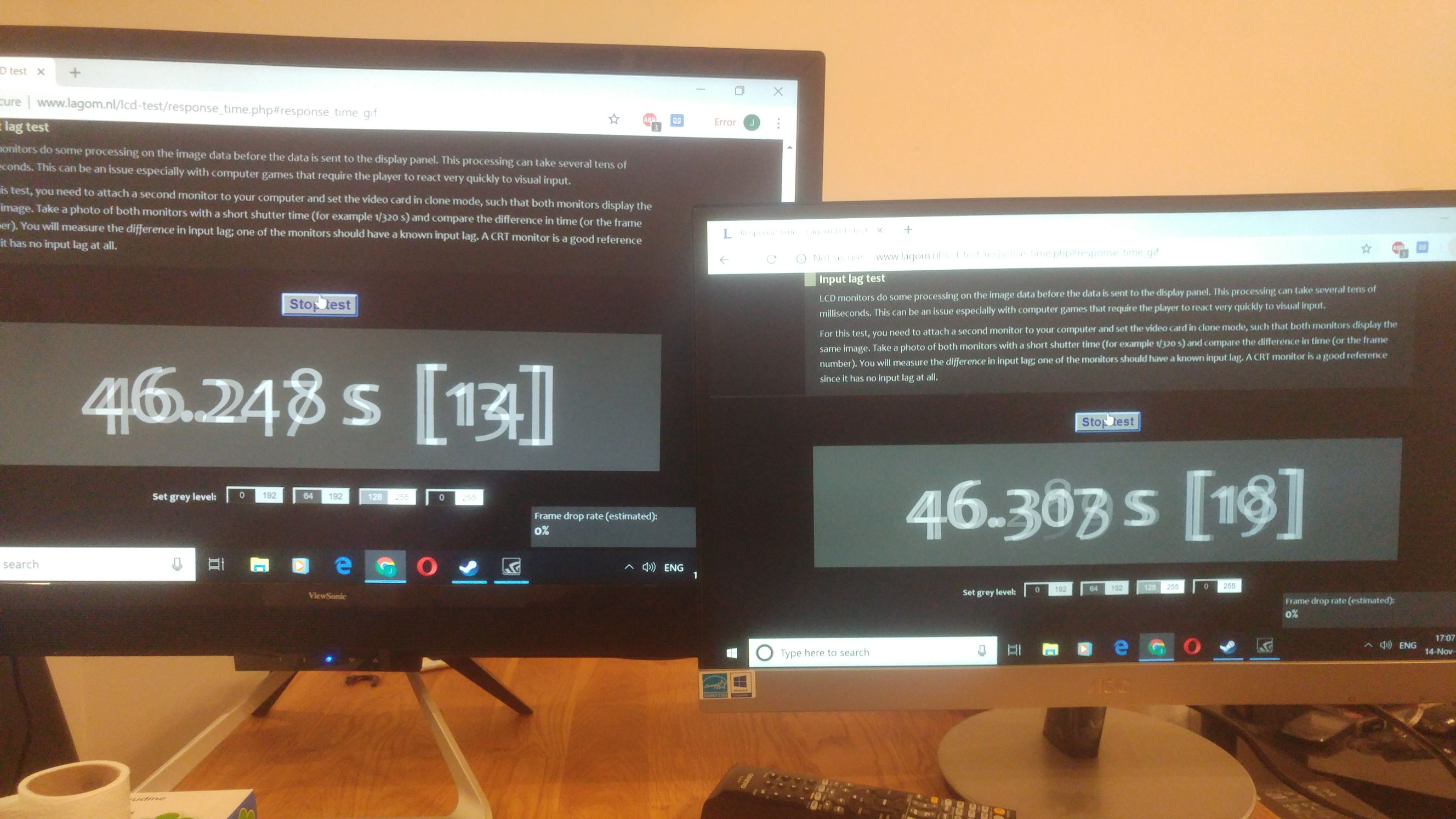 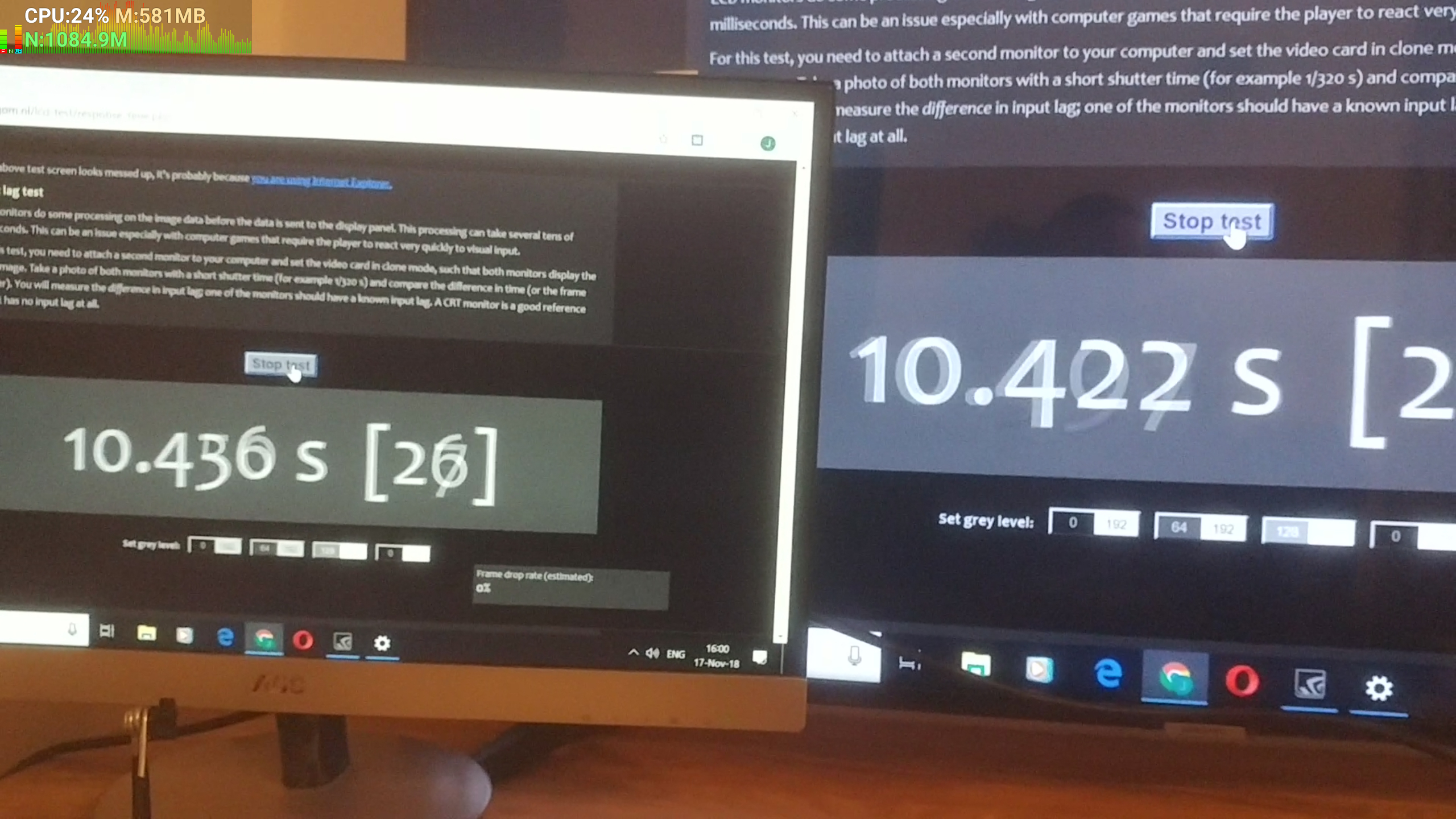