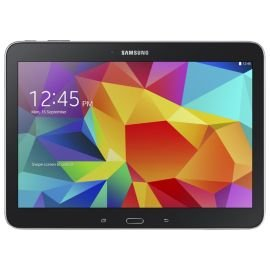 I know lazy me but, is this in the clubcard boost?

[quote=amour3k]Not bad OP.
Whats the internal memory of this Device please ..... thanx.
16gb, think that is the only version released in the UK
20th May 2015
hotukdeals.com/dea…411 There is always this deal
20th May 2015
OP: You've beaten me to it (I posted the same deal minutes after you did)
@mcdexsta: I don’t understand either why this is so cold. Especially considering that this is deal is better than the Argos one, which has over 400o (£179, with £30 vouchers).

This system with the cold votes is not working. Many good deals are missed.
The HUKD people should really consider removing the option for voting cold. Let the heat do the talking…
20th May 2015
not a bad tablet at all, got the Tab3 which is lower spec and performs pretty well for general browsing, the odd game and music etc.
Edited by: "riccom" 20th May 2015
20th May 2015
Great deal just bought one for hubby. heat added
20th May 2015

Think its the lack on info that has attracted the -ve votes, not a bad thing as I don't get paid until next week. Think the UK's voting system as a whole needs reformed lol.
21st May 2015

The Samsung Galaxy Tab 4 10.1 is yet another addition to the Samsung family. It runs on Android and is one of the cheaper 10-inch models on the market. But does it represent value for money? Is the processor fast enough? And what's the battery life like? We reveal all in our full review below.

The Tab 4 is a decent Android tablet. It's relatively cheap for a larger, 10-inch tablet and is good for watching video or running two apps side by side.

What is it?
It's the large, 10-inch version of the Samsung Galaxy Tab 4. Samsung's range can be quite bewildering so it's worth pointing out that the Tab series represents its mid-range tablets. They're not quite up to the same standard as the Tab Pro or Note Pro, but still do a good job overall.

What's it like to use?
It's up to the job of handling most tablet tasks, including browsing the internet, watching video or making a video call. It sports a 1,280x800-resolution screen, which is the same as the previous two generations, the Samsung Galaxy Tab 3 and Samsung Galaxy Tab 2. And while the display is still good, we would prefer it if Samsung had updated the display to keep up with the latest rivals in terms of picture clarity.

The touchscreen is generally reactive and sensitive to commands.

Weighing in at 490g, it's slightly lighter than its predecessor and is among the lighter large-screen tablets.

It has a micro-SD card slot which means that you can expand the memory - this isn't something you'll find on rival tablets such as the Google Nexus 7 (2).

And this is a tablet to share with all the family thanks to the multiple-user accounts feature. It's possible to separate everything including apps, content, photos and video. You can also create a restricted account which is handy if your children are using the tablet.

You can open text and Excel documents without having to download an app first. And it's good for multi-taskers because it supports split-screen apps.

What's the battery life like?
Sadly, we noticed it is slow to charge up fully. But once you have a full tank, it'll last for seven hours and 20 minutes of video playback or over seven and a half hours of wi-fi web browsing. This is OK, but most rival tablets do better, with some lasting for more than 10 hours.

Is there anything else I should know?
The screen is difficult to read outside in bright daylight, even if you set it to maximum brightness.

The 1.2GHz processor is a little slow, sometimes you'll notice that the screen can be a little sluggish to rotate and there is often a delay between what you type and what appears on screen.

Photos from the rear camera lack definition and overall the tablet feels plasticky.

Should I buy it?
Although it's not the best tablet on the market, it is nonetheless worth considering if you want a solid 10-inch Android tablet at a reasonable price.

Own this product?
Tell us what you think of it to help members and improve our testing - click on the 'Customer views' tab at the top of this page.

Cons: Slow processor, no screen upgrade, poor rear camera, plasticky feel
21st May 2015
****, should i not collect my Hudle 2 and go for this instead?, apart from screen size which should I choose
21st May 2015

Bigger screen is worth it but I had this paid more.. this price is a no brainer
21st May 2015

The hudl2. Better screen, faster and more future proof. Although this deal is a very good price for the Tab 4 which is unashamedly aimed at the budget end of the market.
21st May 2015
was going to buy the 8 inch last night. Thanks for this.
21st May 2015
have found the battery on the hudl2 terrible
21st May 2015

Do anyone the price of this IN Dixons travel?

Let me just book a flight and I will let you know
21st May 2015
if it was only included in tesco booster offer
21st May 2015
Ive got the Tab 2 ten inch, is this better?
I need a new main board as i broke mine changing the screen after i sat on it, forgot I'd hidden it under a cushion.
Repair tab 2 or replace with tab 4?
21st May 2015
HOT HOT HOT.
Cheers OP, heat added.
Was looking for new tablet.
Ordered
Anybody got any pointers for a good case please?
21st May 2015
HOT !
21st May 2015

I think the cold vote is a very important part of this site and should stay, BUT I do believe that nobody should be able to just hit a button cold button and walk away. I think the only way you should be able to vote cold is with a reason as to why, so no one can vote anonymously just for the sake of it.
Edited by: "RebTheRebel" 21st May 2015
21st May 2015

Is this tablet slow?

What do you class as slow?

Very true... The other thing is, even though a deal is not for everyone, or may not be a great product, it may be the cheapest out there, but people still vote it cold, even though they can't find it cheaper elsewhere... someone may want a particular item, which others don't, but it still gets a cold vote.
21st May 2015

ROFL. How is a hudl more future proof? On what planet!