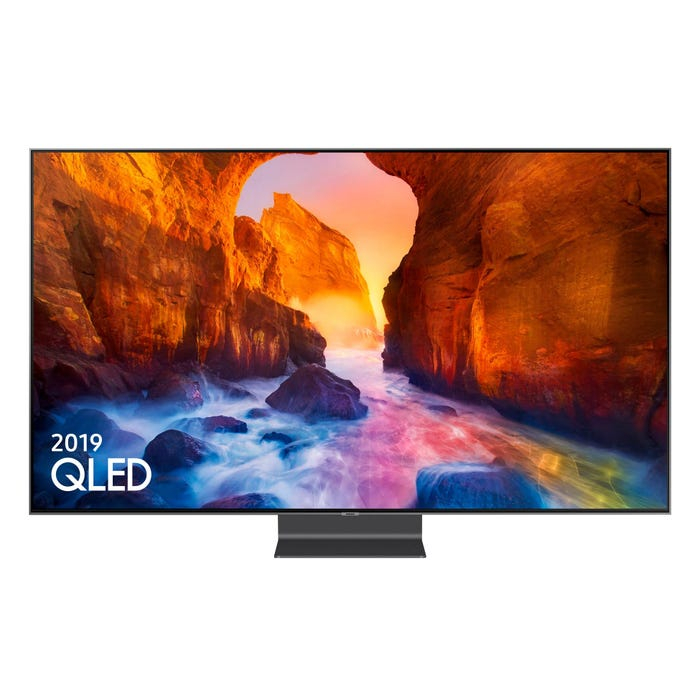 Hi all,
I've been looking for a new 65" TV and came across this deal with richer sounds.

TV normally £2199 but £1999 using discount code.
Also you can claim £400 cash back when buying another Samsung TV or Soundbar.

With this deal you could buy the TV and Q60 Soundbar (link below) which costs £449 and claim back £400 therefore making the soundbar effectively £49.

You also get 6 year guarantee with the TV. This is the cheapest deal I can find for the TV but please let me know if anyone knows a better deal - I don't post many deals so go easy on me.

samsung.com/uk/…ms/
PostTweetShare Share with WhatsApp Share with Messenger
Community Updates
Richer Sounds DealsRicher Sounds Discount Codes
If you click through or buy, retailers may pay hotukdeals some money, but this never affects which deals get posted. Find more info in our FAQs and About Us page.
New Comment Subscribe Save for later
27 Comments
21st Dec 2019
I can see that some people are down voting this deal. That's quite alright but please let me know of a cheaper deal for this TV.
21st Dec 2019

The irony is that I've been looking at this set and the LG C9 but am leaning towards this slightly more for few reasons.

I get that everyone's mileage may vary and the C9 is very compelling but being OLED doesn't automatically mean better.
21st Dec 2019
May help if you add the model number QE65Q90R to the title
21st Dec 2019

A slight oversight by me

2 grand for what is essentially an LED TV. What an absolute joke.

Thank you for your input.

I have to commend your politeness. Politeness is rare these days. Far too much silly aggression about. Politeness is where it's at, it's the smart new trend.
21st Dec 2019

I own a 65 inch Q90r and have 65 inch LG B8 OLED and have tested the B9 and C9,so i know a fair bit about all of them and have made loads of videos about them all.

This TV is £1, 649 with student discount on Samsung site

This is a very expensive TV for HDMI 2.0b. The C9 has certified HDMI 2.1. Next years models will no doubt be HDMI 2.1, causing the price to drop.

The C9 is a phenomenally good TV and is significantly better than my previous QLED. People like myself picked up the C9 for around £350 less than this a few weeks back, which is why I expect the downvotes.
21st Dec 2019

So what was the conclusion, please share with the rest of community.
21st Dec 2019

So what was the conclusion, please share with the rest of community.

Whether Q90R is up there with the c9

Depends on what you are looking for in a TV,it isn't as simple as saying just yes or no really as what I might want in a TV might not be what you want.

For me the C9 is better but that's why i make loads of videos covering all sorts of things such as brightness,reflections,viewing angles,gaming,HDR,standard definition,features/apps,sound quality,build quality and loads of other stuff.
22nd Dec 2019

This technically supports 2.1 but Samsung missed the boat and refused to pay for certification I believe. I've seen a few tests and the one connect functions as expected with 2.1 connections.
22nd Dec 2019

You can't trust Samsung though, they quickly abandon their TV's and make false promises, for example saying their 2006 range would get the HDR10+ update and then not doing it.

There is no guarantee it would work correctly in the coming years, better off waiting for next years model to officially support it.
22nd Dec 2019

Don't start reading every review on the intertwit....they are pretty darn useless, watching colour patterns in pitch dark rooms looking for a bit of light bleed or haloing or whatever else......it's nonsense, it's like saying this model of Ferrari "could" have been a great car but there's a slight touch of oversteer when exiting an increasing radius corner at over 95mph.......

TL;DR - there is not a clear winner between Samsung's LCDs with Quantum Dot colour filters and OLED. So be wary of anyone who says one is definitively better than the other and go and see both and make your own mind up.

The advantages of the Q90R:
(1) Can go significantly brighter. This is actually less noticeable with peak highlights than it is with scenes where the whole screen is bright. OLEDs have to dim the screen the brighter the overall scene. For example, the C9 can get over 700 nits on a white window that covers only 10% of the screen but if it covers 100% of the screen then the brightness goes down to 150 nits. (The Panasonic GZ2000 is the only OLED that uses a different panel to all the others - still made by LG but customised for Panasonic - and that can get up to 1000 nits on a 10% window but is still 150 nits for a 100% window.) The Q90R can get to around 1700 nits on a 10% window and not far off 600 nits on a 100% window.

Note that many people seem to assume that higher peak brightness automatically means better HDR. This is not always the case. In scenes where there is a big contrast range I personally prefer OLED as it has a better intra frame contrast ratio. In very bright overall scenes I prefer the QLED as it avoids the aggressive brightness limiter on OLEDs.

(2) No risk of burn-in. How much this matters to you depends upon where you fall in the ongoing debate about the likelihood of burn in with normal use and whether you watch a lot of programs with banners e.g. news programs.

(3) Reflections - all OLEDs are quite reflective but seeing a QLED next to them really did show off how much less reflection the Samsung has. So if you watch in a room where reflections could be an issue lean toward the Samsung. (Especially in a bright room where the extra brightness will also help.)

(4) Viewing angle - just to be clear the Samsung's viewing angle is not as good as an OLED but it is much better than many other LCDs. I have a Sony ZD9 LCD and while that is one of the few LCDs that can get even brighter than the Q90R - its viewing angle is very poor - you really have to sit pretty centrally.

Advantages of OLED
(1) Better intra-frame contrast. Personally I find OLED better for scenes with a mix of brightness levels as OLED can combine perfect blacks with pretty bright peak highlights.

(2) Current LG OLEDs have all HDMI 2.1 features. However, that isn't too significant as the Samsung supports some of the HDMI 2.1 features - namely VRR (Variable Refresh Rate) and Auto Low Latency (switches to Game mode when it detects a console.) The Samsung does not have eARC - not relevant to me as I always watch TV via external devices e.g. Sky Q and Apple TV box rather than the TV tuner or apps in the TV.Also the Samsung does not support for higher bandwidth resolutions such as 4k at 120hz or 8k at 60hz. Given the lack of availability of such sources I am not sure that is very significant.

Personally the best ever screen that I have seen in person is a professional Dolby Pulsar - an LCD with full array local dimming with many more zones than the Q90R. However, I would guess that it costs tens of thousands for a 40" screen - and also it was butt ugly, very fat and with vast bezels. (Sony's professional OLED monitor was £30k for a 30" screen.)
Edited by: "GadgetHunter" 22nd Dec 2019
24th Dec 2019

Nope. It supports the vrr, allm, qms which are software features so several 2.0b TV's and AVRs support them. The TV does do 120hz 4k, buts it's 8bit 4:0:0 which is not HDR and not in hdmi spec so you might be lucky to get a PC to output, but all disc players and AVRs won't.
I spent ages deciding between q90 and C9, it wasn't an easy choice like it would have been 2 years ago, but as the C9 was £400 cheaper too boot so I went oled.

Maybe if samsung added 5k or 25k dimming zones it might be good enough to compete with the contrast of self emissive screens.

However if you have lots of reflections, prefer very vivid colours, or use the TV 10+ hours a day, have a very bright room with no blinds, then the brighter q90 might be a better choice.
26th Dec 2019
How do you apply the discount code? I am also looking at the QE55Q90R as the 65 is a bit big of the room we are planning to use the TV in. Would the same code work for that model?
26th Dec 2019

This TV is £1, 649 with student discount on Samsung site

I just logged into my son's Unidays and saw that price