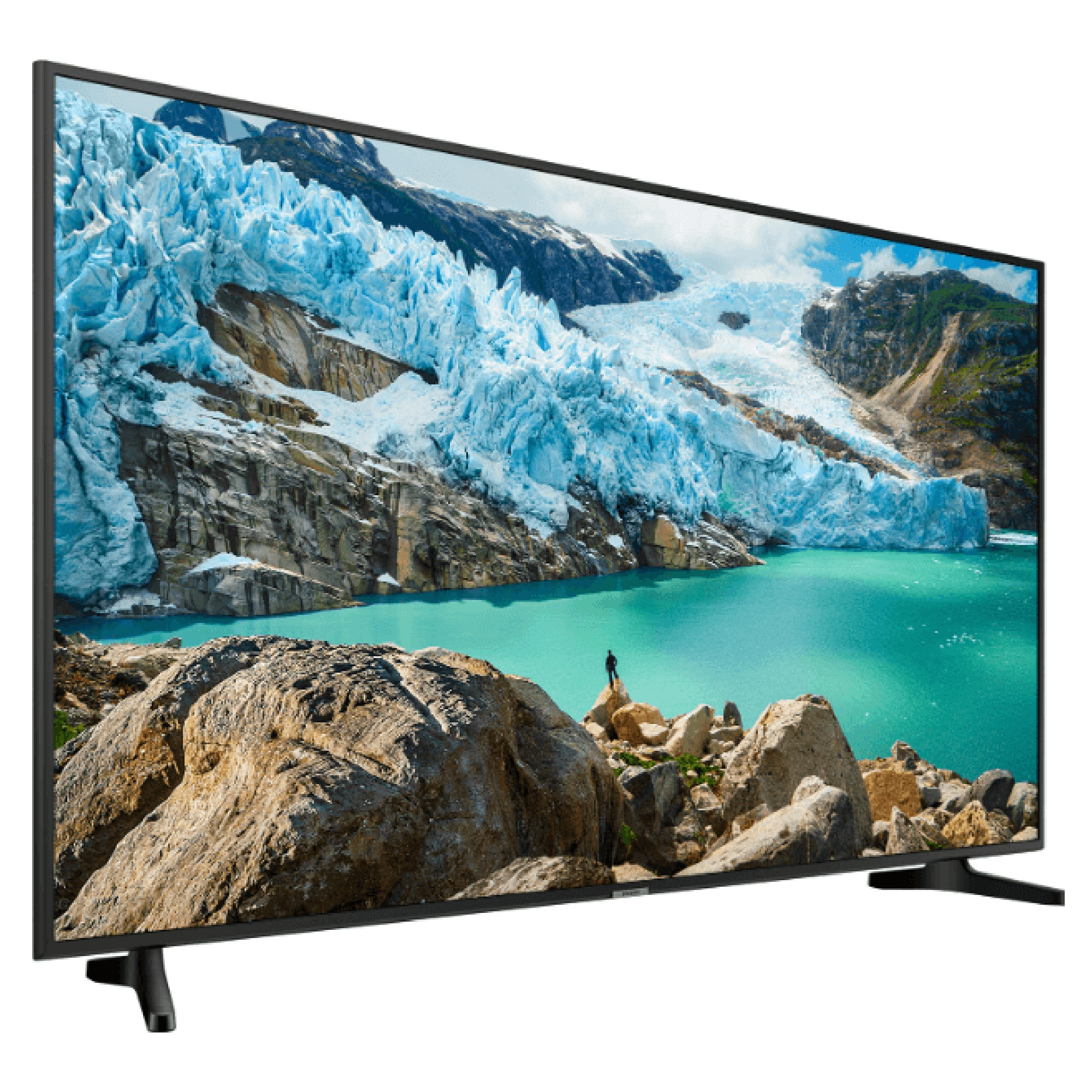 With the Samsung Series 7 RU7020 43 TV you can enjoy a stunning images enhanced with the HDR/HDR 10+ PurColor and Auto Motion Plus systems. All these systems work in concert to provide a wider colour pallet as well as smoother frame motion for those intense sporting events and action scenes in your favourite movies.

Thanks to the built-in Wifi and Samsung Tizen Operating System you can access the world of on demand as well as streaming services including NetFlix YouTube and Amazon Video Prime to enjoy the latest show and movies at the touch of a button
PostTweetShare Share with WhatsApp Share with Messenger
Community Updates
EBay DealsEBay discount code
If you click through or buy, retailers may pay hotukdeals some money, but this never affects which deals get posted. Find more info in our FAQs and About Us page.
New Comment Subscribe Save for later
Top comments
18th Nov 2019

I have the same model but 40" version, I bought it for the 4K to use with a Xbox one X in the man cave and yes I can see the difference sat at desk distance.
18th Nov 2019

Yeah I might just get a 43" then as it's the same as what I've upstairs and I think any bigger and I'll have the door hitting it.
I know I've just recently started wearing glasses and couldn't believe what I thought I seeing was hd so maybes I'll be able see even better with 4k.
18th Nov 2019

Got to be the Samsung surely

Got to be the Samsung surely

reason's? looking for a TV for the son for Christmas.

I have the Samsung NU7500 in my living room and the TV is just awesome. Picture sound the lot. Tried many 4k TVs like LG Sony ect all about 55" and the Samsung in my opinion beats them all

Check reviews carefully for the Hisense TV. Heard some bad things about them
Edited by: "efc_4ever" 18th Nov 2019
18th Nov 2019
Does the Apple TV app allow you to watch contents purchased through your iTunes id such as films and box sets?
18th Nov 2019
For the price it’s good
18th Nov 2019

Is this the best 43 inch tv available

- Sometimes it won't switch between the apps and I need to switch it off and back on. Twice I had to unplug it from the wall to fix it, which lost all picture profile settings for all inputs, had to apply each again (more of it later)

- Youtube audio playback appars to be broken, it often changes the sound profile mid-video, so all of a sudden it will sound like some echo effect was applied. The same videos sound normal in my headphones and speakers when played on my desktop and laptop

- Last night after using games console in the HDMI3 input I launched the Netflix app to watch a movie, but the TV kept switching back to the HDMI input and displaying NO SIGNAL message. I had to unplug it from the wall to reboot again to fix it and again apply all picture profile settings.


- Picture profiles - dark scenes on the the "Standard" and "Dynamic" profiles look terrible. Dark tones appear artificially boosted so scenes in shadows are blocky with visible pixelated banding. This can be mitigated by switching to one of the "Cinema" profiles but those have warmer colours by default. I customised the settings for them, but due to the frequent freezing issue I lose all configuration each time I need to unplug the power.

- The power lead is extremely short and can't be replaced, so it's not very suitable for wall mounting as it barely reaches the floor where my power extension sits.
Edited by: "BenderRodriguez" 19th Nov 2019
21st Nov 2019

reason's? looking for a TV for the son for Christmas.