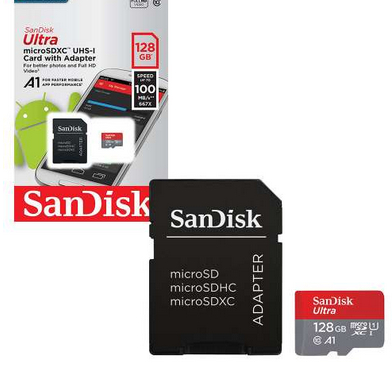 Another 128 GB card at around about the £24.50 mark. Decent price and decent write speeds. UHS-1 which is ideal for putting in a Switch for game downloads. First post, so be gentle
PostTweetShare Share with WhatsApp Share with Messenger
Community Updates
7dayShop Deals7dayShop discount code
New Comment SubscribeSave for later
14 Comments
2nd Sep 2018
Virgin post, decent company, Excellent price!
2nd Sep 2018
Might be pretty good for the Mavic Air!
2nd Sep 2018
Good for GoPro. Thanks.
2nd Sep 2018
Any good for a chromebook??
2nd Sep 2018
What "decent write speed" are we looking at here?
3rd Sep 2018 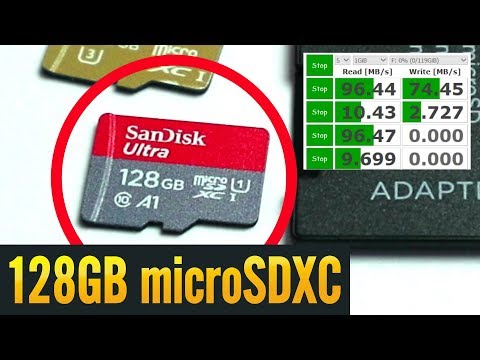 I have acouple of the 64gb versions in tablets and the read speed seems about right but the write speed is off at least in my experiance i get between 7 and 8MB/s when writing files to the cards from my laptop (i5 hp folio 9470m 16gb ram 1tb ssd) depends on file size large files 7-8MB/s for MP4 movies and shows, slower for smaller files, for example 15.7gb folder contaning 124,758 files in 17,304 folders took 50minutes. Not bad cards at all for android device, SanDisk are very reliable but alway back them up.
Edited by: "ian30" 3rd Sep 2018
3rd Sep 2018
Can someone who's more up on flash memory technology tell me which one is faster?
This micro SD or this full size SD: smile.amazon.co.uk/San…CE/
Planning to use in my Sony RX100.
3rd Sep 2018

Many Post's on here in the past have suggested using a full SD Card in thing's like your 'intended uses' ... DSLR's, Bridge Camera's, Digital Camera's, etc?.

(On account of those separate/multiple contact's between SD Card and Adapter, before then getting to the 'intended Device's in the first place, etc, etc, etc?).

But similarly again (after saying all that), there's also just as many people out there saying that there's absolutely no difference between the two for when the need for such things+either way) are needed anyway, or whatever?.

Personally speaking, I've never found a different, as in the past I've used both full SD Card's + MicroSD Card's to full size SD Card Adapter's on various (different Brand) DigiCam's I've owned in the past, and blatantly couldn't see any different between the two to be honest?.

Just giving you my own personal real World scenario based upon similar of the same ...

But perhaps, the final factor decision based upon some of my above, etc, is blatantly up to you?, lol.
3rd Sep 2018

Thanks for your help, think I'll grab one of these micro SDs as I can always use it in my phone if it doesn't work out in my camera. Bit cheaper as well than the full sized card.

you'd be better with a sandisk extreme probably
costs more per gb but will perform better with burst shooting
128gb is a massive amount of photos, probably around 3500+ RAW+JPGs
3rd Sep 2018

Your welcome. :-)
3rd Sep 2018
This would be heat from me, but unfortunately when I bought a Micro SD card from 7dayshop a few weeks ago it was snapped when it arrived and I had a hard time sorting a return.
5th Sep 2018
Heat from me op.good post.ThX
5th Sep 2018
Anybody who wants the same thing for possibly a little cheaper?.

Can check here too perhaps:

But from Base instead ...

Base isn't for everyone, etc, the choice is yours. :-)