Please see the Footer of Amazon page for further information on Delivery, Returns, and Amazon Prime.
Save £10.90 - - - 22 customer reviews - Scores Average 4.6 Out Of 5
Brilliant. Fearless. Unstoppable. Meet Raja Williams.
Neither the dark, tragic anti-hero nor the James Bond super-hero type, Raja uses his intuitive genius and penetrating empathy to unravel mysteries. His sixth sense for evil gives him headaches and steers him straight into trouble. It's a good thing he has very resourceful friends. Readers have described him as "a cross between Dirk Pitt and Alex Cross."

Raja's partner, Vinny Moore, is a gorgeous hipster geek who prefers hacking computers to haute couture. Vinny once worked for the U.S. government until she purposely made herself more trouble than they could handle so they would cut her loose. She loves to push Raja's buttons with the hipster lingo she is constantly picking up on the internet. Despite her teasing, Vinny is Raja's best friend.

The button-down, Oxford-educated Raja Williams and the hipster, wild-child hacker Vinny Moore make a strange pairing but they work hand-in-glove. The two of them do whatever it takes to bring justice to those who have nowhere else to turn.

This set includes Books 1, 2 and 3 in the 10-volume Raja Williams series. Each novel has rich, supporting characters and a taste of the local culture. The writing style is lean and fast paced, with a hint of hard-boiled and plenty of humorous banter.

"Jack Thompson gives his readers what they want: a good plot with a central character painted in bold colours." -Mike Smith, e-thriller

The Color of Greed: When the young husband of a wealthy California heiress is found dead on his yacht, Raja and Vinny head to Los Angeles. As more bodies pile up, they find themselves targeted by a powerful enemy with much to hide, and must race to uncover the truth before everyone involved, including the two of them, ends up dead.

C'est la Vie: The search for a professor's wife leads Raja and Vinny deep into the French underworld,including the club scene riddled with designer drugs, and a modern day white slave trade. Will they find the missing woman before she falls victim to the elusive international criminal known only as the Scorpion?

Swimming Upstream: The discovery of a sinister scorched-earth plot to hide the truth takes Raja and Vinny to the Arctic wilds of Canada and lands them in the middle of a battle over the riches of the pristine wilderness. If assassins don't kill them, the sub-zero weather just might.

What Amazon readers are saying:

"I've read all of Sandford, Grisham, Baldacci, Kellerman, etc, and eagerly anticipate each of their new novels. So, I'm always looking for another new author, to fill the space in between new releases of my authors. From the first chapter, I was hooked. The story, the characters, and the pace were outstanding."

"Worth every penny for the box set, great reading, could not wait to read the next book."

"It's excellent escapism especially knowing that the detectives will not tolerate losing to thugs."

"As opposites attract, this PI pair make an interesting team. This is a fabulous series. Highly recommend!"

"These are not cookie cutter mysteries. They are complex, interesting, surprising and always entertaining." 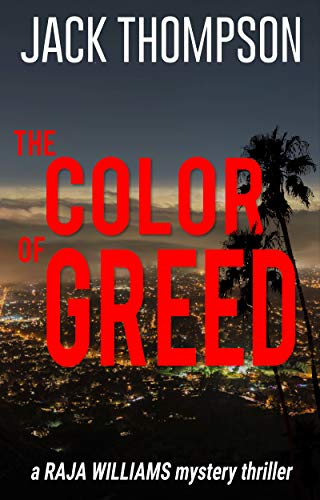 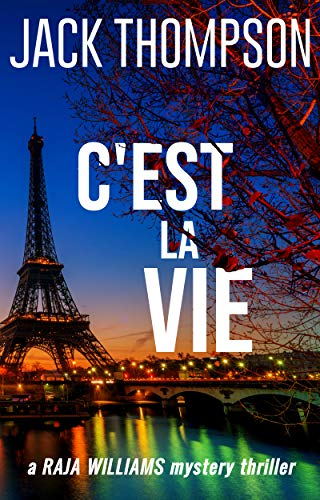