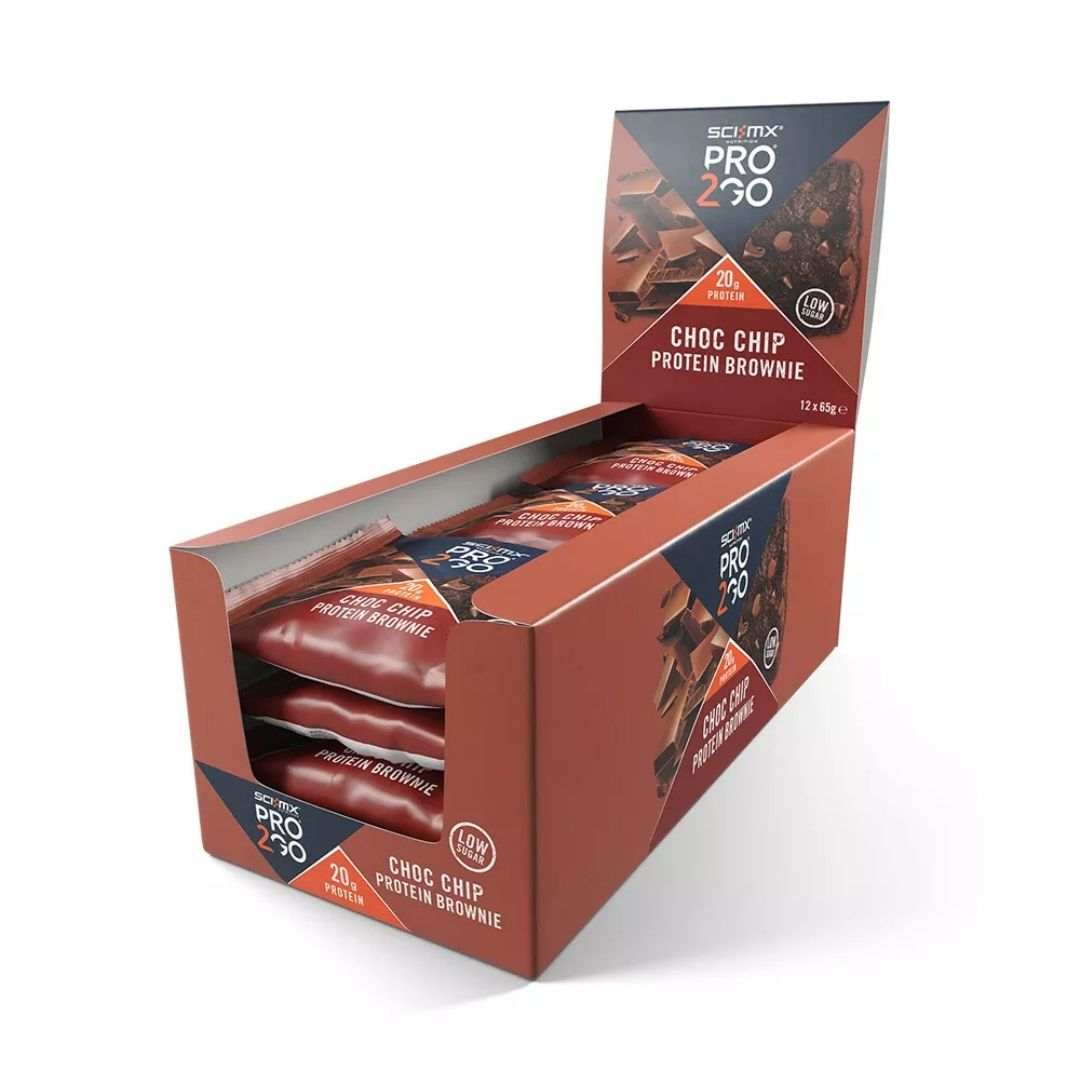 
Tray of brownies - 4 boxes each containing 3 brownies. 12 Brownies in total. *


WHAT ARE THE BENEFITS OF A SCI-MX BROWNIE?


If you’re looking to get some top-quality protein while dropping some carbs, sink your teeth into our SCI-MX Brownie – it’s a delicious, convenient way of packing in some fibre and protein to help you feel fuller for longer and can help with digestion, too.


With just 3.3g sugar per bar, this protein Brownie, unlike the typical high-sugar brownies on the market, is loaded with good stuff and is ideal as part of a low-sugar, healthy nutrition plan. Each bar of our SCI-MX Brownies pack in 20g of protein, that’s about the same amount as a medium-sized chicken breast. The protein is a combination of milk protein, glutamine peptides and pea protein for a one-off amino acid profile and time released effect to make you feel satisfied for longer.


You needn’t worry about ramping up your carb count much either, as there’s only 25g of carbohydrates primarily from low GI oat flour. As for fibre, there’s 3.3g in this delicious bar which can help make you feel fuller, so you won’t want to snack on anything else! What’s more, there’s no palm oil used in this product – instead, we’ve chosen coconut oil.


WHO ARE SCI-MX BROWNIE'S SUITABLE FOR?


Who aren't SCI-MX BROWNIE's suitable for?! It’s hard to tell the difference between our SCI-MX Brownie and one you’d buy from the local supermarket, so whenever you want a calorie-controlled (250 calories per brownie) treat, reach for our guilt-free bar.


We know what you’re thinking – a protein Brownie? Surely the two don’t mix – a brownie is a ridiculously delectable, forbidden cheat meal and protein snacks are somewhat dull tasting, but the healthy alternative, right?


Well, this was the case up until now. Our SCI-MX Brownie tastes so velvety and rich, as you’d expect from a regular brownie. With a mere 3.3g sugar, 20g protein per bar and baked to perfection, we challenge you to only eat one. So, make time to reward your workout efforts with a healthy, nutritious snack - enjoy our SCI-MX chocolate chip Brownie today.

Saw the thumbnail thought it was a pinball machine...

You're not the only one