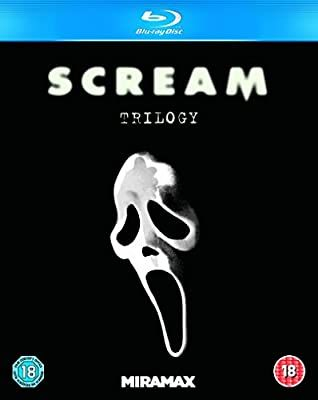 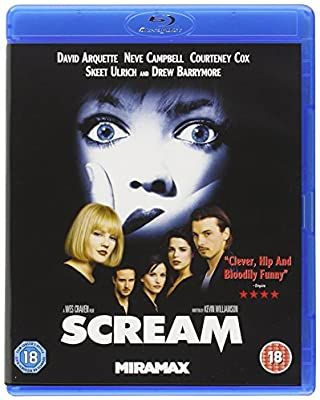 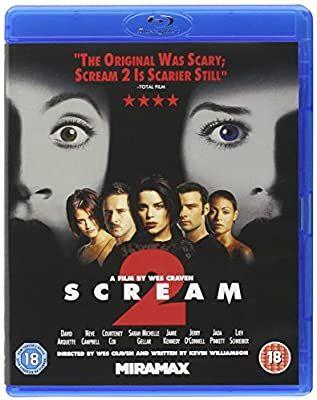 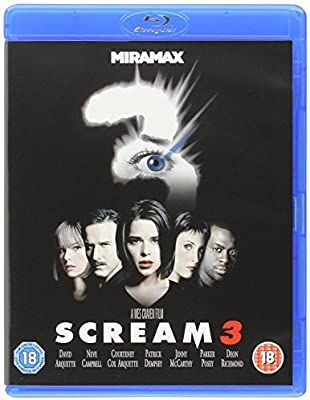 Synopsis
All three films from Wes Craven's Scream trilogy now for the first time on High Definition Blu-ray in one complete collection. With a glow in the dark and embossed sleeve.

A crowd-pleasing smash hit with a sizzling cast - critics are calling Scream the hippest thriller of the year! After a series of mysterious deaths, a seemingly peaceful community becomes a place where no one is safe...and everyone is suspect! That's when an offbeat group of friends rally to unlock the town's deadly secrets...and get caught up in a lively mix of thrills, chills and surprises!

Here's the incredible follow-up to the smash hit phenomenon Scream! Away at college, Sidney Prescott (Neve Campbell - Scream, TV's Party Of Five) thought she'd finally put the shocking murders that shattered her life behind her...until a copycat killer begins acting out a real-life sequel! Now, as history eerily repeats itself, ambitious reporter Gale Weathers (Courteney Cox - TV's Friends), deputy Dewey (David Arquette - Beautiful Girls) and other Scream survivors find themselves trapped in a terrifyingly clever plotline where no one is safe - or beyond suspicion! Director Wes Craven ( Scream) and hit-making writer Kevin Williamson ( Scream, I Know What You Did Last Summer) team up once again and deliver the big screen's hippest, coolest, edgiest thrill-ride ever.

Stars Neve Campbell, David Arquette and Courteney Cox Arquette are back for more in the chilling final chapter of this phenomenally popular and frightfully entertaining trilogy! While Sydney Prescott (Campbell) lives in safely guarded seclusion, bodies begin dropping around the Hollywood set of Stab 3, the latest movie sequel based on the gruesome Woodsboro killings! And when the escalating terror finally brings her out of hiding, Sidney and other Woodsboro survivors are once again drawn into an insidious game of horror movie mayhem! But just when they thought they knew how to play by the rules, they discover that all the rules have been broken! Featuring hot newcomers Parker Posey ( The House Of Yes) and Jenny McCarthy ( Diamonds) in another stellar ensemble cast, Scream 3 offers an unmatched mix of thrills, laughter and suspense that brings this spine-tingling saga to an unforgettable conclusion.

Ok price,but a bit pointless without the fourth film.

Ok price,but a bit pointless without the fourth film.

Not this.
16th Jan
4th film has a different company for distribution so chances of them all being together unlikely.

1st and 2nd will always be the best. Kevin Williamson wrote both.
He did write the 3rd and 4th but studio interference got Ehren Kruger to come in and do rewrites with his finished scripts

Just to clarify not a fan of Ehren Kruger, you can see how terrible a writer he is, he wrote the last 3 Transformer movies so seeing he wrote the new Top Gun movie doesn't give me hope.

Scream 3 - KW wrote the film, but was so busy with other projects and Dawson's Creek, they got Ehren to come in and do what they call, polish it up but instead he changes some big plots. Opening scene was originally Sidney being attacked but as a twist, she kills ghostface and unmasks to reveal just a copycat, this leads her into hiding.

Scream 4 - Pretty much the same thing again but Kevin was also working on Vampire Diaries and The Secret Circle.

At the time of writing 4, he came out to say him and Wes had plans for a trilogy. He had penned just a brief idea of 5 and 6 with and without the main cast in case they were never going to return.
He went on to do The Following, Stalker, Time after time, Tell me a story.

We would have had 5 and possibly 6 by now had Wes not passed.

Its been rumoured for a while of Scream 5 being a reboot but according to IMDB, Kevin is officially writing the movie for a 2021 release and so far Neve Campbell has agreed to be in it.
21st Jan
These are the R-Rated version, correct? Seems the unrated version of the first movie is only available on DVD.
21st Jan

R rated? Movie? Do you mean are these films rated 18 by the BBFC?
21st Jan

R rated? Movie? Do you mean are these films rated 18 by the BBFC?

There is a unrated cut of Scream that contains more gore but most releases only have the normal cinematic cut.

I was referring to the Americanisms in your comment. This is the U.K.
21st Jan

I was referring to the Americanisms in your comment. This is the U.K.

I know I know. Unrated is just the name of the uncut version, what can I say.
21st Jan