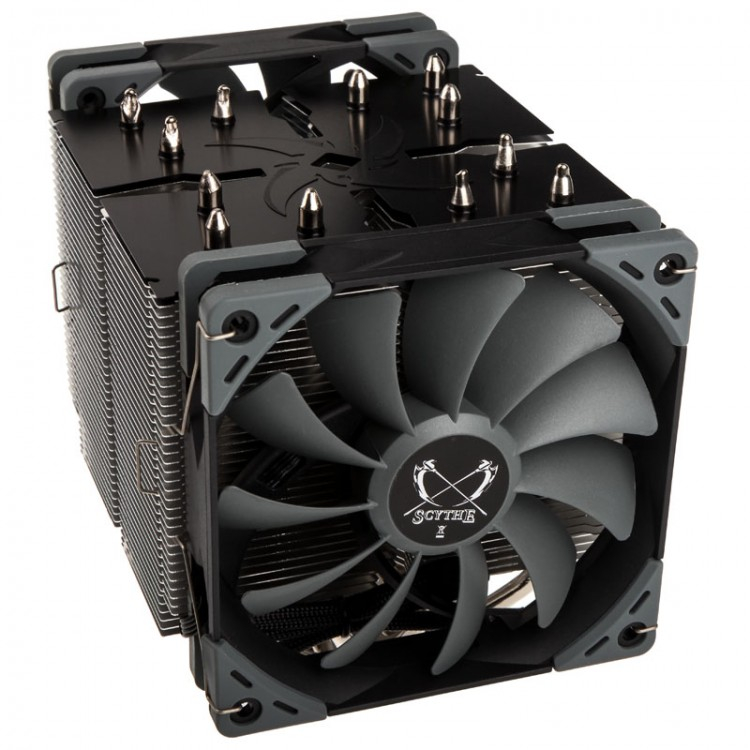 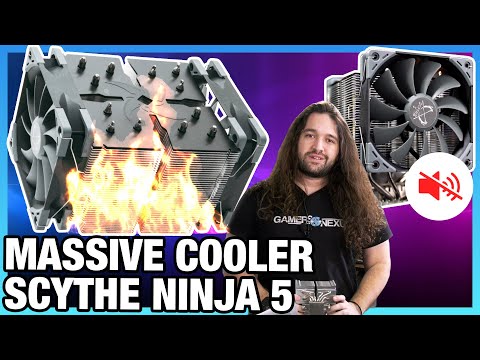 The Ninja 5 from Scythe is the current version of the Ninja series. Thanks to the two Kaze Flex 120 PWM fans supplied , the noise level during operation was significantly reduced. The two fans work in the push-pull process, do not require more than 800 revolutions per minute and still offer an enormous cooling capacity. A new fin design ensures that RAM modules up to 55 millimeters high can also be used. In addition, the experts at Scythe have refined the mounting system, which is now available in the version and is highly compatible with common AMD and Intel sockets.

The Scythe Ninja 5 at a glance
- Powerful single tower cooler even for narrow housings
- TM.APS technology for particularly effective heat transfer and low weight
- Two 120 mm Kaze Flex 120 PWM fans using the push-pull process
- Thanks to the new cooler design, it is highly compatible with many RAM modules
- Optimal integration into the airflow through flexible fan mounting on all sides
- New mounting system compatible with all common AMD & Intel sockets (except AM4)

The Scythe Ninja 5 in detail
The design of the lamella block allows the fans to be mounted on all four sides, even on mainboards with an AMD socket. This enables the Ninja 5 to be optimally integrated into the airflow in the housing and reduces turbulence and the creation of hotspots in the housing. The Kaze Flex 120 PWM fans now used are used in the pull-push process, so they run almost silently at a maximum of 800 rpm even under load. The fans themselves are specially designed for quiet operation.

.Note: Please note that the original backplate of the mainboard is required for mounting on mainboards with an AMD processor socket. Please check whether this is available before buying!