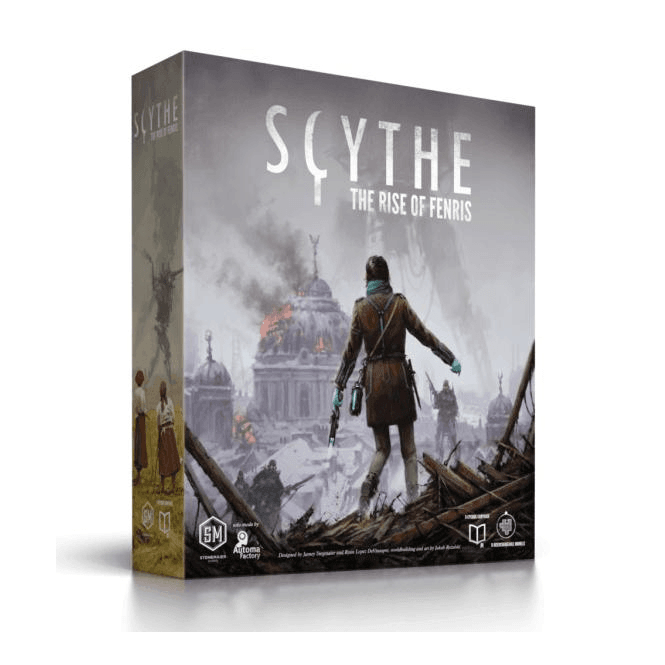 Note, this is an expansion. The base game is required to play it.

I've still not got round to getting this (and will hold off for the moment) but I know a couple of people with it and they say it is great and adds so much into scythe.

Empires have risen and fallen in the aftermath of the Great War, and Europa stands on the precipice of a new era. The economy is robust, morale is high, and defenses are strong. There are reports from the countryside of strange soldiers with glowing eyes, but they seem distant and harmless.

Scythe: The Rise of Fenris, the conclusion to the Scythe expansion trilogy, enables two different options for any player count (1-5 if you have Scythe; 1-7 players if you have Invaders from Afar):
Campaign (8 games): The story of Scythe continues and concludes with an eight-episode campaign. While the campaign includes surprises, unlocks, and persistent elements, it is fully resettable and replayable.
Modular (11 modules): Instead of—or after—the campaign, the new modules in The Rise of Fenris can be used in various combinations to cater to player preferences. These modules are compatible with all Scythe expansions, and they include a fully cooperative module.
While the exact nature of the episodes and modules will remain a mystery (most of these components are in 5 secret tuckboxes and on 6 punchboards), the components in this expansion include a detailed episodic guidebook, 13 plastic miniatures, 62 wooden tokens, 2 custom dice, 25 tiles, and 100+ cardboard tokens.
PostTweetShare Share with WhatsApp Share with Messenger
Community Updates
Chaos Cards DealsChaos Cards voucher codes
New Comment SubscribeSave for later
7 Comments
29th May
I've played a lot of scythe and am very tempted to get this, but as with all expansions I just look at the price and think I could buy another new game instead!
29th May

That is a very healthy attitude. One of my big regrets of my collection is too many expansions that don't get played. Nowadays my philosophy is as follows: To justify ANY expansion you need to a) have played the base game at least a half dozen times & really love it...... and, even more critically, b) have regular opponent(s) who feel the same way. It's no good to just love the game yourself if you play with new people more often than not, since no-one wants to learn a new game with extra stuff added in.

If you don't have both of those, as you say, you're better off with a fresh game experience altogether. It's not like there's a lack of options!
29th May

I've played a lot of scythe too which is why this appeals as it apparently breathes a lot of new life into scythe. We found that games were going very similar ways in scythe once the group got to grips with what order to do stuff in etc.
29th May
Not sure why it was expired as showing in stock for me
Edited by: "jayhutton10" 29th May
29th May
Showing as 34.95 for me
29th May

Odd as showing lower for me, their site has been playing up though 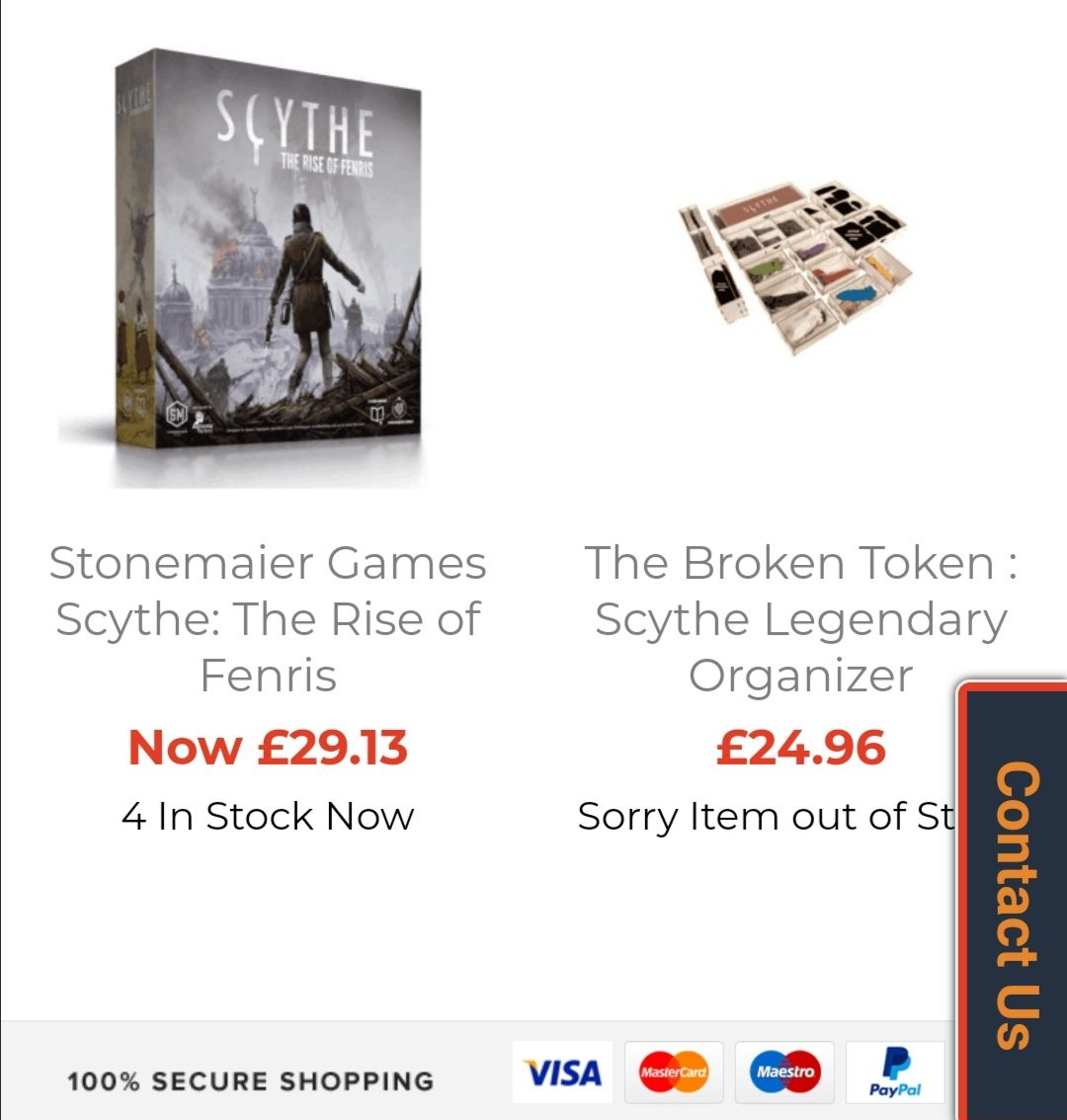 30th May
Price gone up, expired