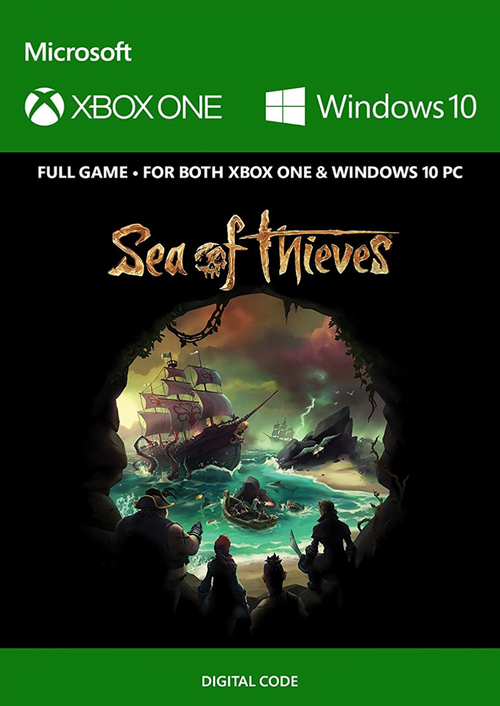 Sea of Thieves is an action-adventure game developed by Rare and published by Microsoft Studios for Windows and Xbox One, released on 20 March 2018. The game allows players to take the role of a pirate sailing the seas of a fantastical world either solo or as part of a crew of up to four players, with gameplay presented from a first-person perspective. The game features both co-operative and player versus player combat, and includes cross-platform play between Xbox One and Windows.
PostTweetShare Share with WhatsApp Share with Messenger
Community Updates
CDKeys DealsCDKeys voucher codes
New Comment Subscribe Save for later
10 Comments
14th Jan
I've not gotten around to playing this yet.
14th Jan
What's the best way of selling a digital code for this? I don't have Facebook.
14th Jan
Is this still pretty rubbish to play solo?
14th Jan

No, it's very good and chilled. Plus you can meet some good players along the way.
14th Jan

Get it installed and add me if you like. Let's do some sailin'
14th Jan

Ebay
14th Jan
This is also on gamepass. Just letting people know since I see comments of people buying games they didn't know where on gamepass.
14th Jan

Thanks Adam. Think I read about some scammer stories but will have another look.
14th Jan

Kotaku did an article back in April about preferring solo... On the Sea of Thieves, I Only Sail Alone‌ kotaku.co.uk/201…one
14th Jan
I mostly play solo. Maybe a couple of hours at a time, a few times a month.

There's nothing else out there that's quite like Sea of Thieves. Well, there's Atlas. But like Ark, that needs an investment of time that I just can't give. And it isn't as polished; it's a buggy mess (like Ark...).
Edited by: "satchef1" 14th Jan