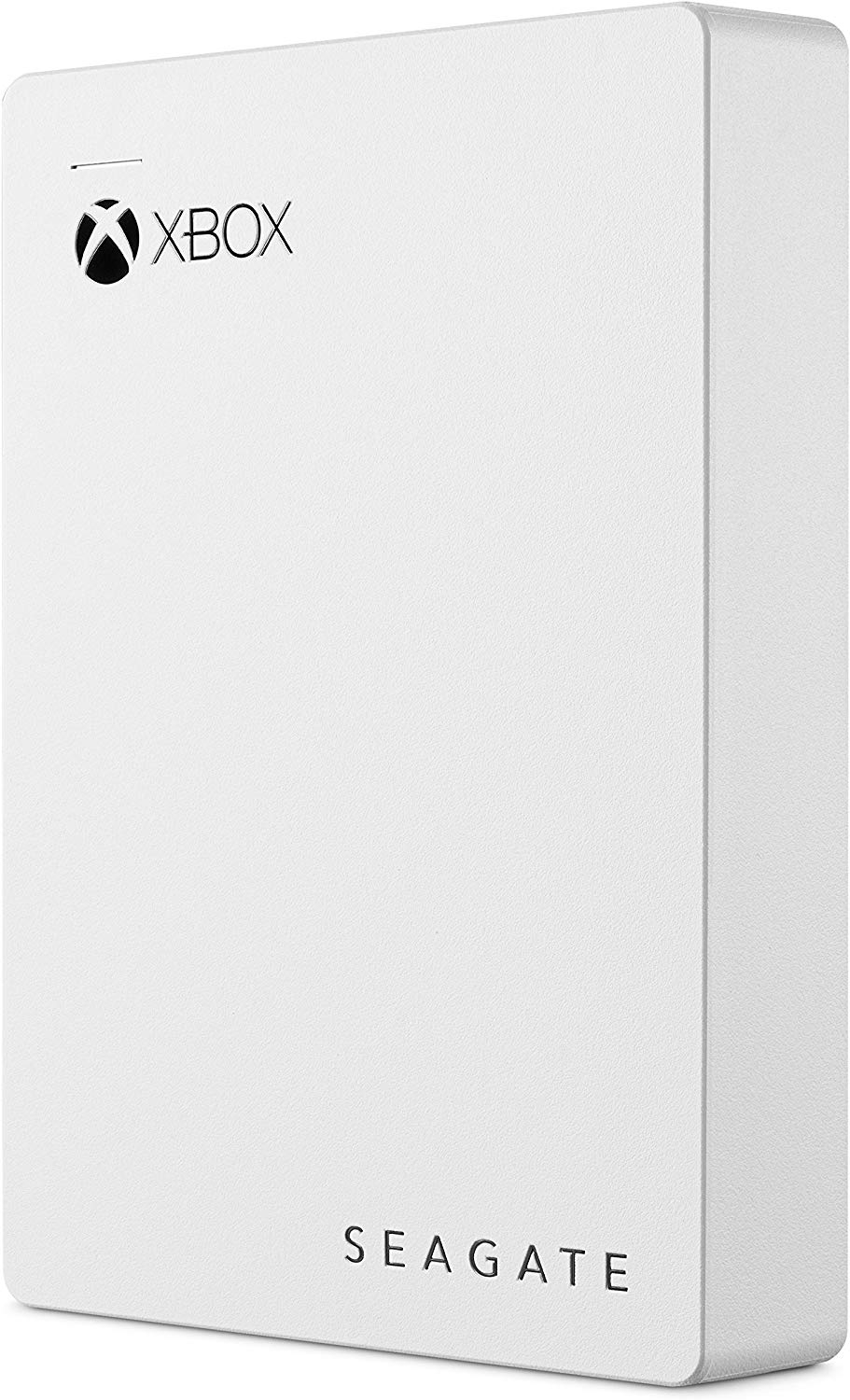 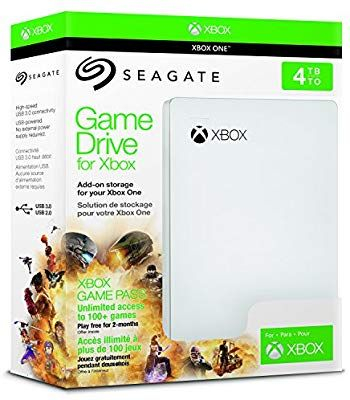 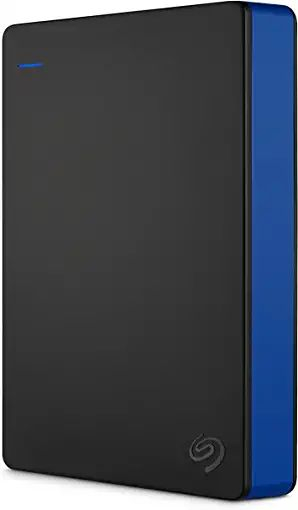 PostTweetShare Share with WhatsApp Share with Messenger
Community Updates
ADMIN
5th Dec 2019
Amazon DealsAmazon discount code
If you click through or buy, retailers may pay hotukdeals some money, but this never affects which deals get posted. Find more info in our FAQs and About Us page.
New Comment Subscribe Save for later
37 Comments
5th Dec 2019
Does anyone know what drive is inside it? As a Seagate 4tb 2.5 drive is normally £130-150
5th Dec 2019

The 2 months of game pass are on a card sealed inside the packaging.
5th Dec 2019

That wouldn't bother me personally. Just wondered in case anyone wanted some storage in a laptop. My laptop has 500gb M.2 and 1tb SSD already so couldn't fit it in
5th Dec 2019

Good Question. The drives inside these external ones are generally thicker than normal 2.5 inch internal laptop drive space so do not fit . I tried once long time ago when 2tb external hard drive was cheaper than 2tb internal laptop drive somehow . It worked perfectly as normal hard drive but the slot in my laptop was not big enough to allow the extra thick drive.
5th Dec 2019
Grabbed this at the weekend, it came with 2 months of Game Pass Ultimate instead of the standard Game Pass as listed, which is a bonus 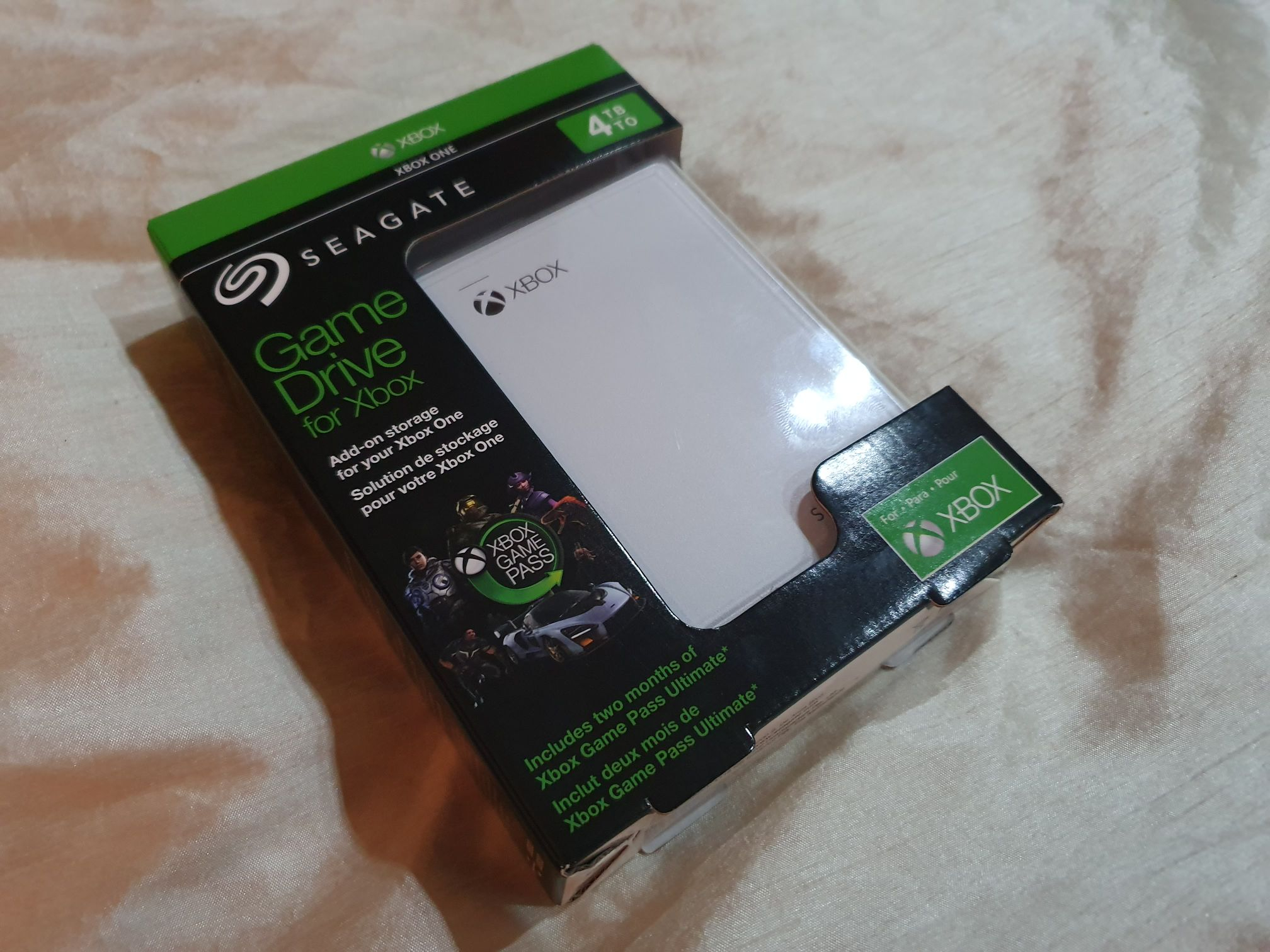 the 4tb 2.5" external drives i've seen so far have the USB bit soldered on and no sata socket so you can't use with a laptop or inside a pc unless you connected via usb. i think there was one model you could. not sure about this one. great price for 4tb 2.5", even better if you could use it internally
5th Dec 2019

I have taken one apart a few years back and it had the sata socket and used it in a build I was selling that's why I wondered
5th Dec 2019
I like the look of this drive but I already have 3 years game pass so I found hotukdeals.com/dea…927 still reluctant to pay more though as I missed out on the 5tb on BF
5th Dec 2019

No I didn't say this model. On an external 1tb Seagate tho is what I meant
5th Dec 2019
Will work out as 4 months ultimate game pass as when you turn on recurring billing it will give you another month. There are 2 one month codes on the card
5th Dec 2019
I bought this last week and have the WD black 5tb coming tomorrow. One will be for normal storage use and the other for the Xbox one if and when I need it
Edited by: "Gunner4Life" 5th Dec 2019
5th Dec 2019

Which new user code did you use?

No I didn't say this model. On an external 1tb Seagate tho is what I meant

Could anyone recommend the best 6TB external drive to use on a PS4 please?

There's no "best" when it comes to HDDs really. But here's a good deal:

hotukdeals.com/dea…847
5th Dec 2019
For this price wouldn’t it be worth getting a 1TB sad to run games from? Unless space is the priority of course.
5th Dec 2019

I don’t think it’s worth getting a SSD for this generation of consoles.
I’ve not seen any sort of load time improvement that makes it worth it IMO.
5th Dec 2019
Thank you for posting, we have added your thread to the Highlights page
5th Dec 2019
Looking at these today for the PS4...the 2TB is 47.99,the "optimised for PS4" version of the same drive is 59.99.Is there any real difference between the two?
6th Dec 2019

No. I would bet that the only "optimisation" is pre-formatted as FAT32 or exFAT rather than NTFS.
6th Dec 2019

I got this on Monday and thought it was a great deal. Wont have to worry about space with a 5tb drive anymore
6th Dec 2019

If I'm not mistaken I think there's a bit more to it.

I believe portable HDD's like the OP's gaming HDD, are specifically designed with constant writes and rewrites in mind, as such, the 'gaming' tag - as opposed to your big standard 'non-gaming' HDD's altogether, etc? (which traditionally aren't 'built' in that same way, or whatever ... )

Hence the usually additional higher cost of a gaming HDD, over that of one that's not (as already reiterated earlier).

So the two obviously aren't the same thing.

And if I'm not mistaken, a gaming HDD (though NOT 'technically' recommended upon, etc), can actually be used externally/via USB, on a CCTV security camera setup, as a PVR system, whereas a normal HDD would not be advised (on account of the same constant writes and rewrites or something).

CCTV usage may be something else to also consider for one of these thing's too I reckon (as already mentioned), and why not?. :-)

I think my time machine is sadly in for some urgent repairs, etc, so I'm fresh out of luck there, hehehehe.

You're mistaken. There's no special firmware optimisation needed for games as they're not I/O heavy at all. Also, CCTV footage world-wide was happily being saved to disk long before WD Purple "Surveillance" HDDs existed and that still continues in 99%+ of instances.
6th Dec 2019

Those are actually good points, so I take it all that 'gaming' tag thing simply wasteful marketing flaff then?, hmmmmmmmmmm.

A few on here in the past assumed it as being similar to that of how I'd also commented it on as also, etc.

Thanx for that clarification.

The "Gaming" label can often be BS or have differences that aren't actually meaningful. It gets slapped on all sorts of things along with some horrible design and maybe RGB lighting. It's almost exclusively nonsense when it comes to HDDs.

Recording type, RPM and firmware do have differences. For games you might see at very best about a 20% difference in load times between a 7,200rpm PMR drive with high platter density vs. a 5,400rpm SMR with very small platters and I am being generous there.
6th Dec 2019

You can get a 6tb one for cheap why buy this ?

You can get a 6tb one for cheap why buy this ?

It's like saying, "You can buy a desktop computer for wayyyyyy less than that of a laptop, so why buy a laptop?" (right?).

In each instance 'above', one is portable, whereas one is obviously not.

One also drinks more power, whereas the other one obviously does not.

One is arguably sleek and sexy (hence too it's appeal factor over 'alternatives', or whatever?), whereas the other one (arguably), is not.

It's literally a horse's for course's thang basically?.