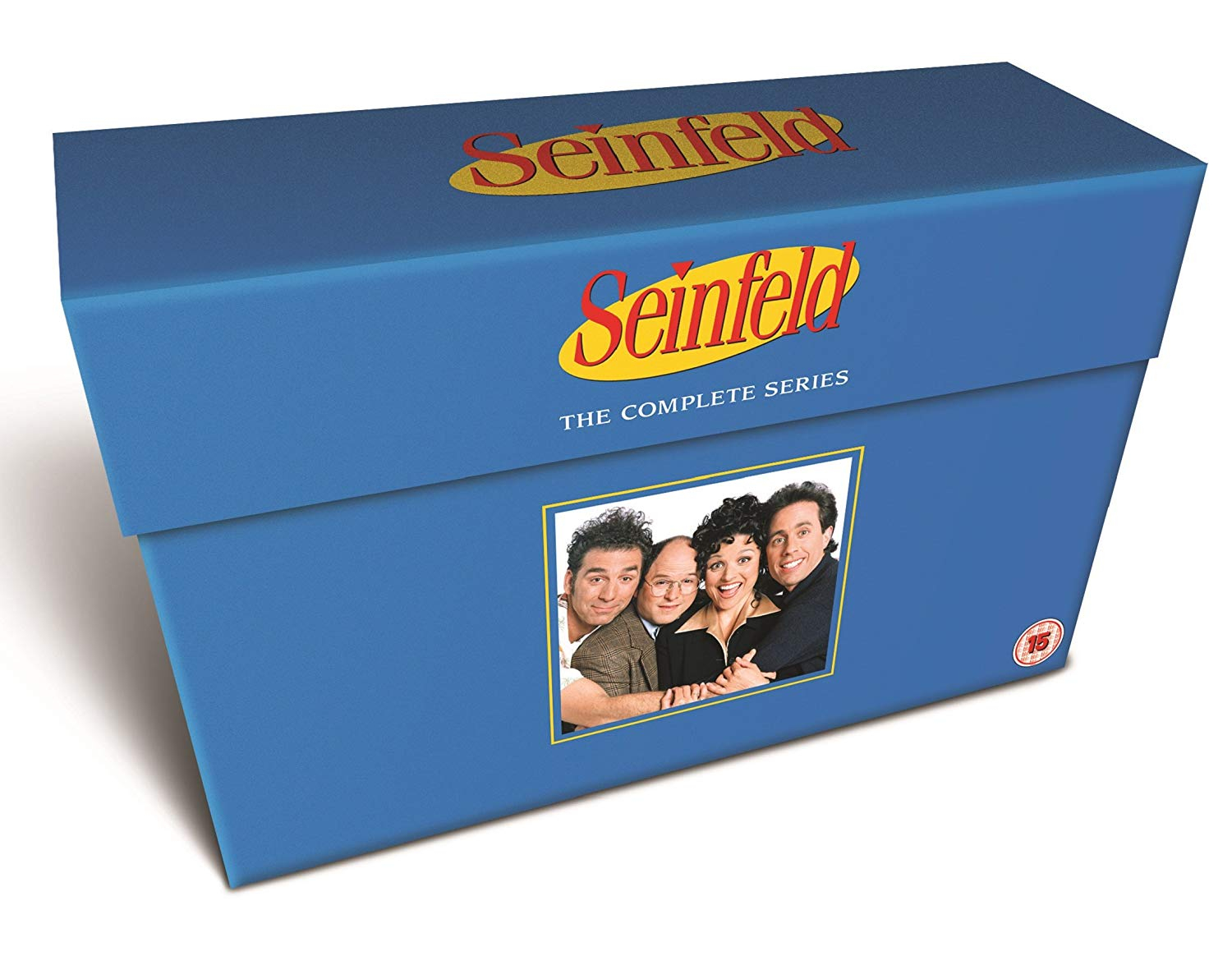 33 DVDs, 180 episodes, greatest TV show ever.
PostTweetShare Share with WhatsApp Share with Messenger
Community Updates
Lead deal editor
3rd Feb
The Complete Series 1 to 9 Box Set contains all nine seasons of the hugely popular US comedy series that's famously about nothing! Following the events of a group of friends: Jerry Seinfeld, a stand-up comedian who questions every bizarre tid-bit about life; Elaine Benes (Julia Louis-Dreyfus), a flashy woman and book editor who is not afraid to speak her mind; Cosmo Kramer (Michael Richards), an extremely eccentric, lanky goofball and George Costanza (Jason Alexander), a hard-luck member of the New York Yankees organisation; this critics favourite and cultural phenomenon is a must have for all fans.

But still a decent price if you don't already own this:

3rd Feb
Was trying to figure out which UK streaming service has this for free... can anyone help?
I looked on Amazon Prime video but it doesn't seem to be there (for free)?
en.wikipedia.org/wik…eld

One thing I did spot though on Wikipedia was that from 2021, Netflix has the rights and will be making it available in 4K

"In September 2019, Netflix and Sony Pictures announced that Netflix had acquired the exclusive global streaming rights for Seinfeld, starting in 2021, superseding the above Hulu and Amazon rights. When it airs, Netflix's version of Seinfeld will be available in 4K resolution via a new scan from the original 35mm film source"
Edited by: "kowalski" 3rd Feb
3rd Feb

Ooh hope they release that as well. Be great as they never released a Blu-ray version.
3rd Feb
Yada yada yada
3rd Feb 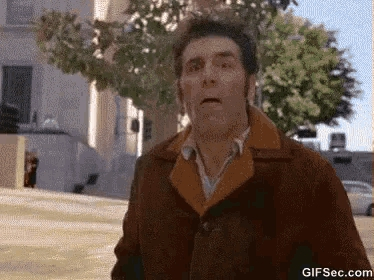 3rd Feb
Shame Disney own Seinfeld so probably never see it on Netflix or Amazon. I got the DVDs myself anyway so might be time for a binge
3rd Feb

Probably the US version tho, they have way more shows than we do
3rd Feb

It was free until this weekend (presumably rights expired at the end of January) on Amazon Prime. I'd reached early season 4 and was rather surprised when it wanted £2.49 per episode when trying to watch yesterday!
3rd Feb

That seems to happen to every show I start watching including this one. I just don't trust watching anything on Prime Video anymore. Unless it is their own show. Almost like they do it on purpose...
3rd Feb
Found a nice site that tells you which streaming service a show is on.
Looks like it's US-based though. Is there a good UK equivalent?

Not used the site before but a quick google found this site justwatch.com/uk‌
3rd Feb

Is there a good UK equivalent?

to answer my own question

lol - found it same time as you. thanks
3rd Feb

lol - found it same time as you. thanks

Must admit I was wondering about it the other day when I was trying to find where Curb Your Enthusiasm had gone before it all turned on Sky again but didn't google it , so a useful site to know
3rd Feb
Wow 4K on the way! Just shows the benefits of shooting with film. I’ve got the iTunes version in HD widescreen for £19.99 really is so much better than DVD quality.
3rd Feb

Probably the US version tho, they have way more shows than we do

It was on amazon prime for the last 2 years up until 2 nights ago at midnight , right in the middle of an episode aswell 😣
3rd Feb
I used to pay around this price per season when they released them individually around 15 years ago