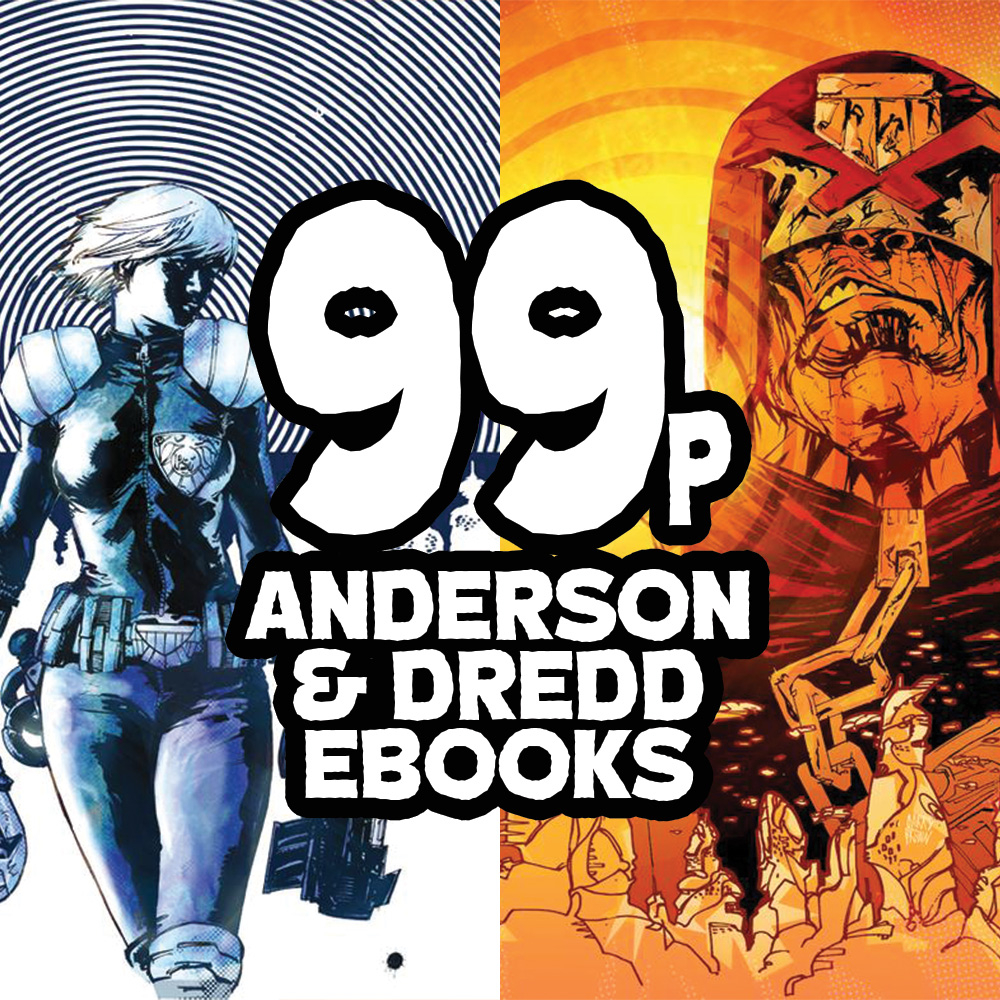 Selection of Judge Dredd and Anderson eBooks only 99p from @2000AD

2000AD are selling a couple of "Year 1"/"Year 2" Omnibus eBooks set in the world of Judge Dredd for only 99p until Easter Sunday, featuring some well known comic authors.

I think each volume is a collection of 3 previously individually released books so effectively 33p a book!

The Rebellion Publishing fiction eBook sale is now live and you can bag yourself FOUR thrilling Judge Dredd and Judge Anderson omnibuses for just 99p each. The sale lasts until Sunday 12 April so get in quick before they go!

Written by Matt Smith, Michael Carroll, Al Ewing, Cavan Scott, Alec Worley, Danie Ware, Laurel Sills, and Zina Hutton, these omnibuses take you beyond the comic book pages of 2000 AD and into a whole new world of prose as we follow Dredd and Anderson on their first years on the mean streets of Mega-City One.


Note: This deal has been posted a couple of times already and keeps being deleted as the "Rebellion Store" (2000AD's owning group/publisher) isn't considered a trusted seller. However I've just discovered they are also selling them through the 2000AD branded shop, so hopefully this time the deal won't get deleted.
PostTweetShare Share with WhatsApp Share with Messenger
Community Updates
2000AD Deals
New Comment Subscribe Save for later
4 Comments
11th Apr
I wish the admins would do a better job of ‘background checks’. Some no-name website with crappy customer service can get on, but a multi-million pound company cant!
11th Apr

Oh no - does the Rebellion website have bad customer service? (I've only ever dowbnloaded free stuff from them)
11th Apr

Not that I'm aware.

The issue is that there aren't any readily available reviews (eg trustpilot) for them to declare that yes this is a reputable company worthy of having deals on HUKD.

Yep. I posted a deal by Tumi ( very expensive luggage) from their website but the Admins wouldn’t allow it due to lack of trust pilot reviews. Tumi were bought by Samsonite for 1.8 Billion dollars and are sold in every major airport in the world, but not enough Trust pilot reviews so obviously can’t be trusted LMAO.