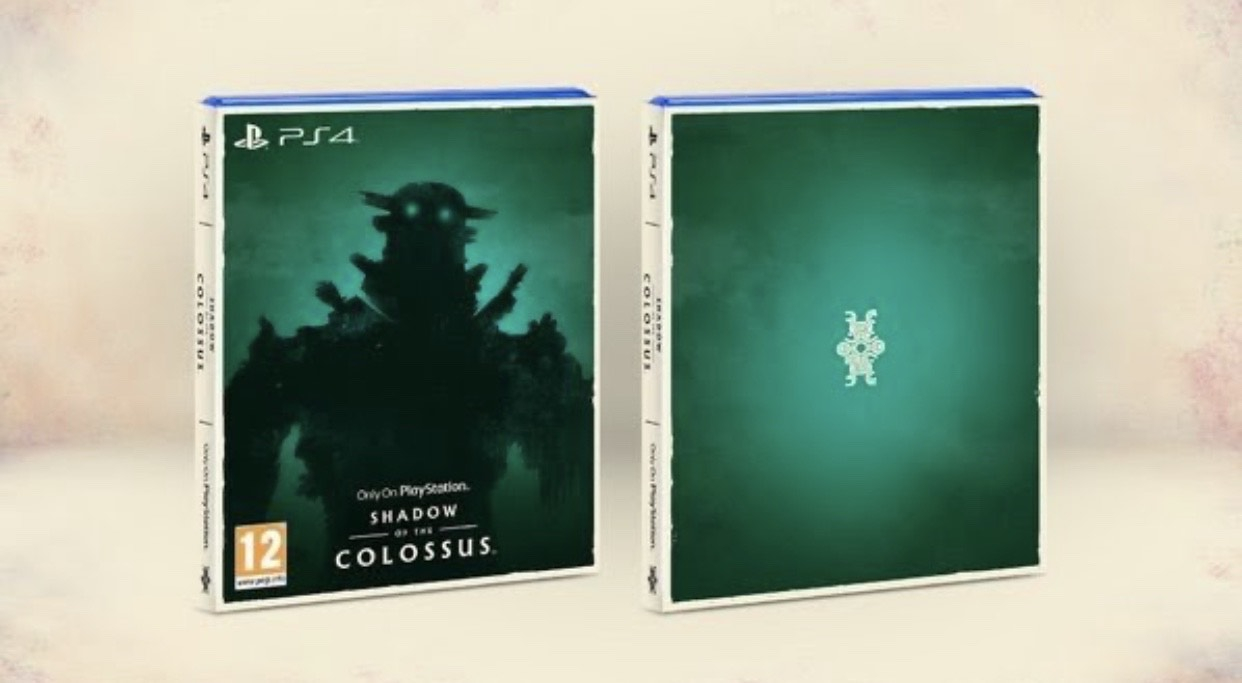 Shadow of the Colossus - The Only on PlayStation Collection - GAME Exclusive (PlayStation 4) £11.99 at GAME

Remastered now for Playstation 4! Experience a majestic journey through ancient lands, on a quest to bring a girl back to life. The only way to save her is to slay sixteen Colossi. Explore expansive landscapes and seek out each gigantic beast in its own natural habitat. Armed with only a sword, a bow, each Colossus presents a unique challenge to test your wits, determination, and skill. Shadow of the Colossus is an epic adventure on a scale unlike anything else. Experience one of the most highly acclaimed video games of all time.

If the name, Shadow of the Colossus, rings a bell with you, don’t worry, you’re not going mad. The original game was released way back in the mid-2000s to critical acclaim, with some reviewers noting that it was one of the greatest titles to ever be released. From its soundtrack, to its unusual gameplay, it was a defining game for the PlayStation 2 era and won numerous awards.In the film world, this would of course bring about a sequel or as is the case here, a remake. Made for the incredible Sony PS4, Shadow of the Colossus is an ultra-high definition variant of the same game that made so many waves over a decade ago.

Even though the game has been built from the ground-up, this remake retains all the same gameplay from the original title, but with the graphical capabilities and performance expectations of the PlayStation 4. A new control scheme, to keep Shadow of the Colossus up to date with its more modern counterparts has been introduced, providing a more fluid and easier to master gaming experience.It’s worth noting that this new control scheme will be optional, giving players the opportunity to play the game exactly how it was in 2005, just with a new coat of paint. On the PlayStation 4 Pro it’s possible to play Shadow of the Colossus at 4k at 30 frames per second. If gamers want to play at 60fps, the resolution drops to 1080p. Normal PS4 users will see the game run at a standard 30fps.

While the story remains exactly the same, in which gamers play as a single protagonist and traverse a range of different environments in an effort to hunt down and defeat the gigantic colossi, the graphics and environments themselves live and breathe like never before. Players receive very little information concerning their character’s backstory, apart from the fact that they must resurrect a girl called Mono.

Of course, the only way to resurrect the girl is to defeat all 16 colossi who inhabit the universe in which the game is played in. Original game director Fumito Ueda has left Sony since the release of the original game in the mid-2000s, but did provide a list of recommendations ensuring this incredible remake is as close to its predecessor as possible.For fans of the original, the remake of Shadow of the Colossus, combined with the incredible performance of the PS4 Pro and PS4, promises to be a thrilling addition to their growing game collection, and a chance to relive the title that was received so well first time around. For newcomers, this is a chance to experience a game like nothing else on the market today.
PostTweetShare Share with WhatsApp Share with Messenger
Community Updates
GAME DealsGAME discount code
If you click through or buy, retailers may pay hotukdeals some money, but this never affects which deals get posted. Find more info in our FAQs and About Us page.
New Comment Subscribe Save for later
19 Comments
16th Dec 2019
'The only on PlayStation' 😄
These all will be on PS Now soon!
16th Dec 2019
Is there a platinum version of this? Or will it be the normal cover?
16th Dec 2019

This is the special GAME edition cover from what I can tell.
16th Dec 2019

'The only on PlayStation' 😄 These all will be on PS Now soon!

'The only on PlayStation' 😄 These all will be on PS Now soon!

But they're not now. So the title is accurate. The "Only on Playstation at the moment but might be on our streaming service at some point in the future" isn't as catchy.

Hopefully, but you won’t get the exclusive cover!

Some of them already available for stream.
You'll see all of these 10 'ps exclisive' games here sooner or later:
playstation.com/en-…es/

Yes received it today and it was also the standard copy not with the exclusive sleeve.
Edited by: "Jaizen" 19th Dec 2019
19th Dec 2019

That's a shame, picking mine up tomorrow so will let you know D
20th Dec 2019
Mine showed up yesterday, also a standard copy with no sleeve.
20th Dec 2019
Collected mine instore today, it had no sleeve. But the chap found one in the back, can't complain good service TBF
28th Dec 2019