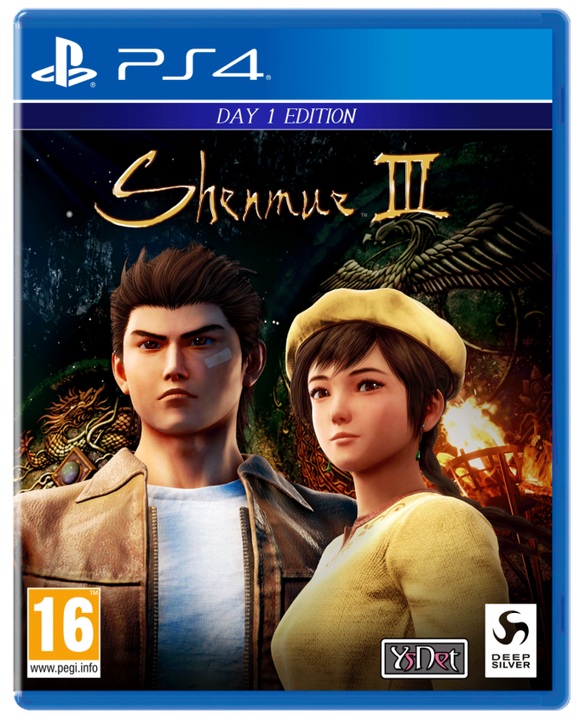 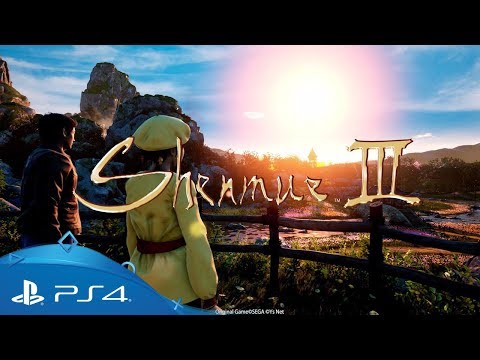 In this third instalment of the epic Shenmue series, Ryo seeks to solve the mystery behind the Phoenix Mirror, an artefact sought after by his father’s killer. His journey takes him to an immersive representation of rural China, brimming with activity and surrounded by beautiful landscapes.

Ryo’s adventure leads him to towns and mountain villages where he can further his training, try his hand at gambling, play arcade games, and work part-time jobs while investigating those who know truth behind the Phoenix Mirror.

Game Description (One Line):
Main: Journey deep into rural China as you take on the role of Ryo Hazuki, a Japanese teenager hell-bent on finding his father’s killer—a story of adventure, mystery, friendship, martial arts, and ultimately, revenge!

Alt: The third instalment of an epic tale starring Ryo Hazuki, a young Japanese martial artist whose journey to avenge his father’s death brings him to the hills of rural China…

KEY FEATURES:
One of the most anticipated video games in history, from legendary game developer, Yu Suzuki.

Sounds like I got off lightly then!
22nd Jan
Coolshop refused to send an order to me last year to my house because my house didn't have a name attached to it, (Like a mailbox in a flat would) so I don't get the impression that they (Despite having a warehouse in the UK and advertising as selling to the UK) have any clue how to conduct an online business in the UK, so I'll never try to use them again.
Edited by: "MuramasaEdge" 22nd Jan
22nd Jan

Same mate. Luckily CEX were giving £40 for it the week of release so I traded it in without even playing it to minimize the loss. Wont ever Kickstart a game again.