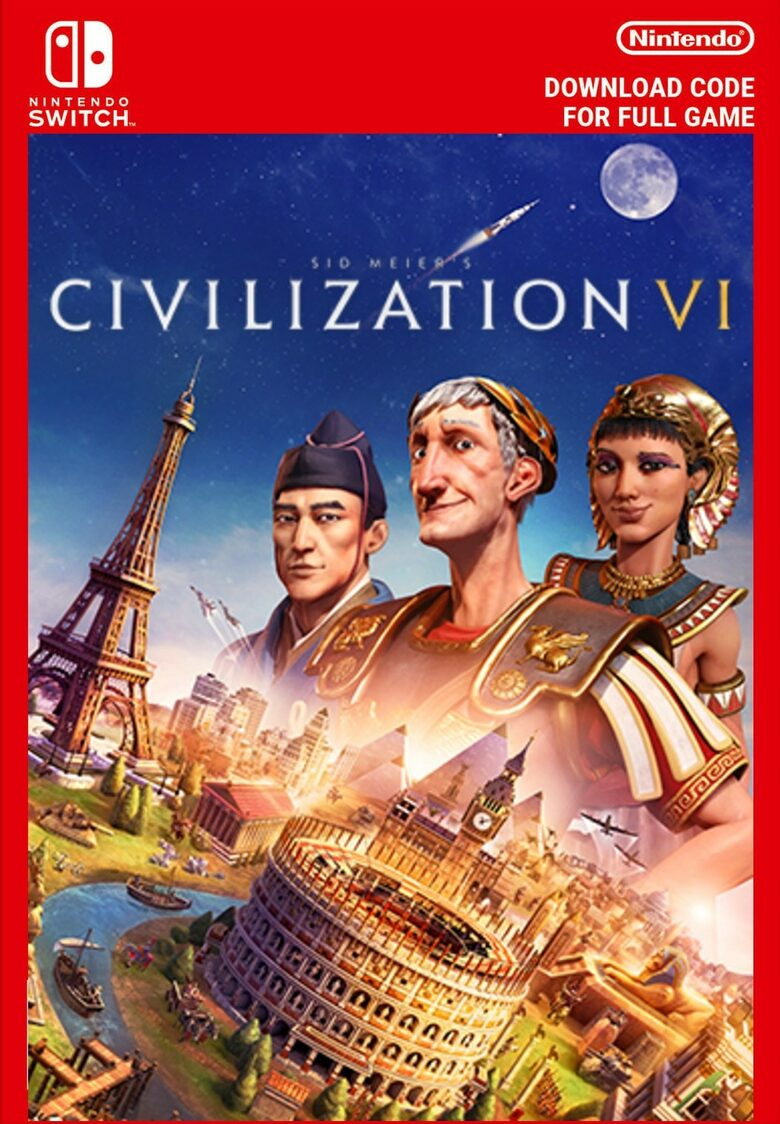 Feels like a pretty decent price here for the game from Eneba, use the code HOTUKDEALS and pay using PayPal to get it for the price mentioned. 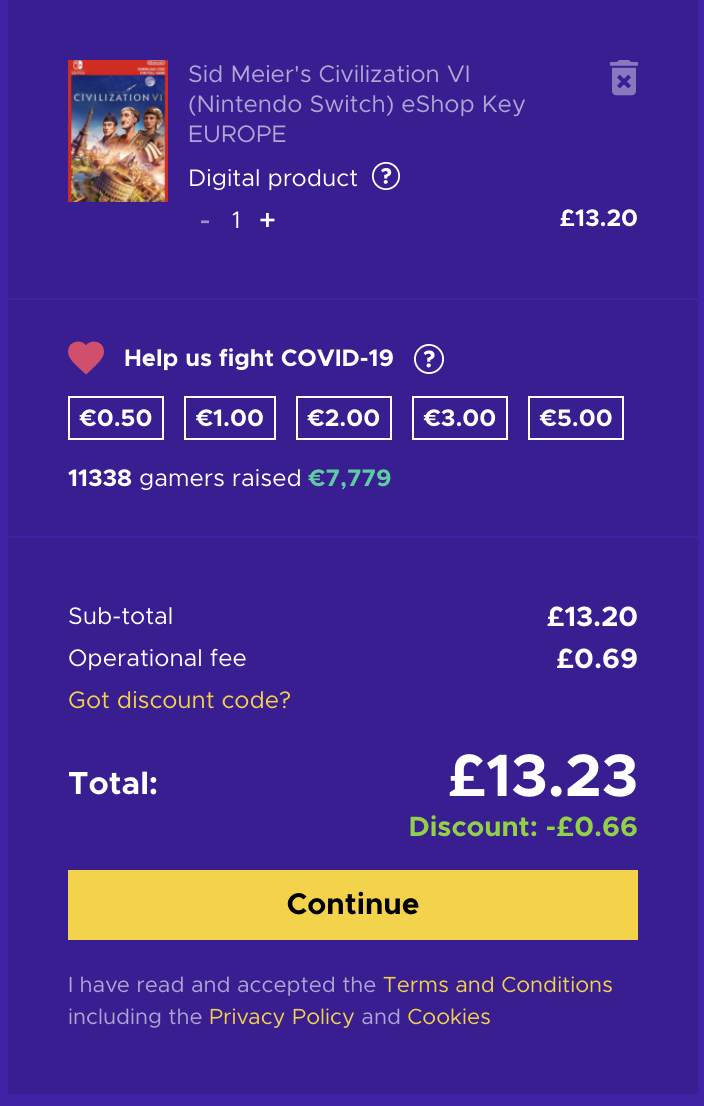 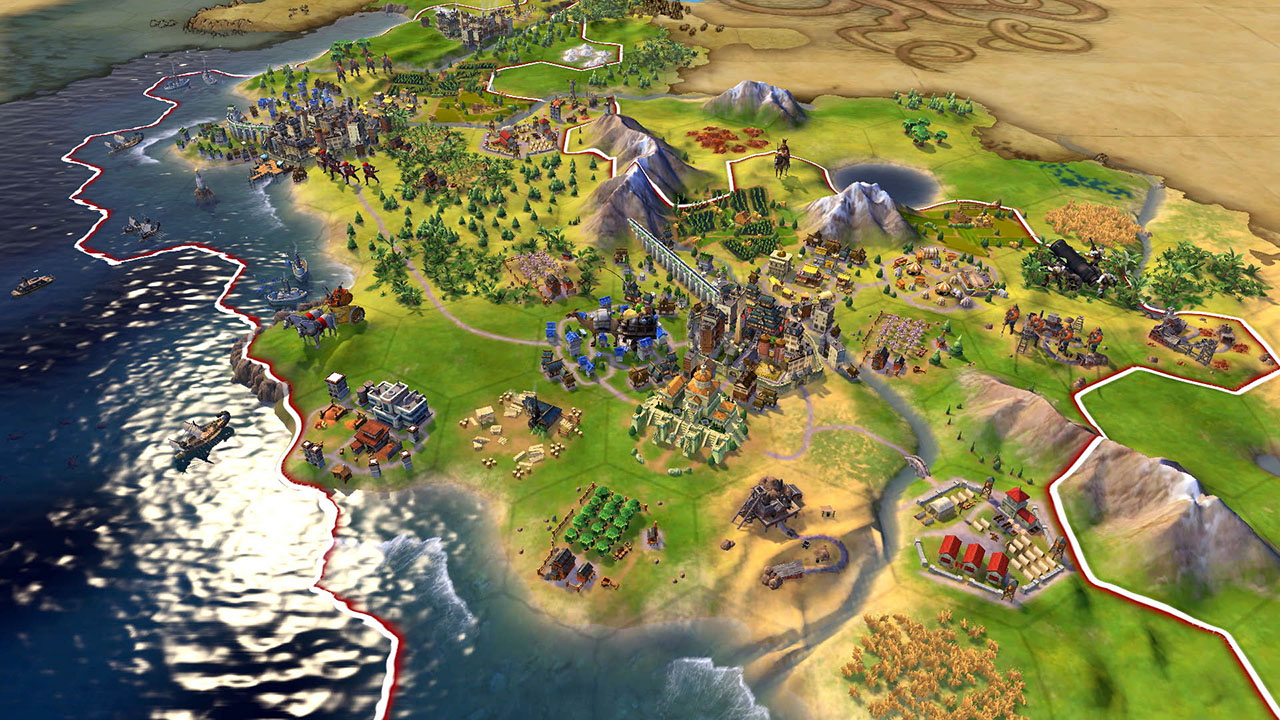 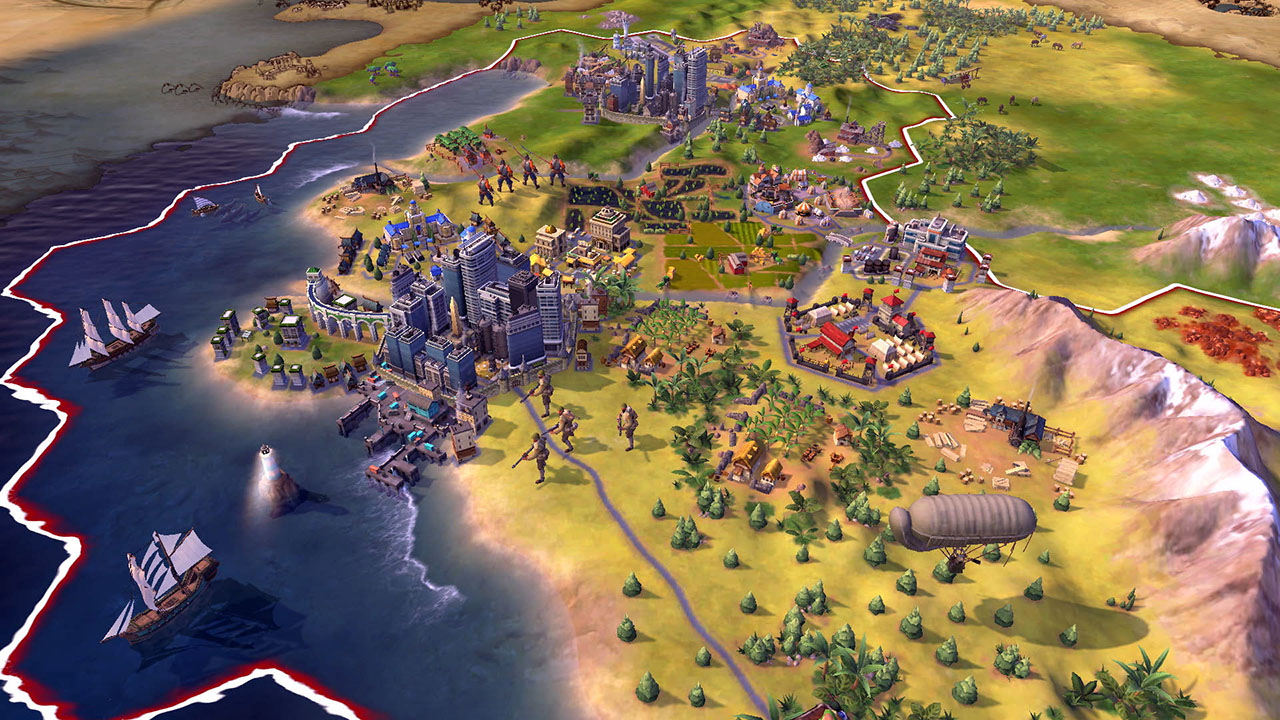 PLAY YOUR WAY:
The path to victory is the one you determine. Become the most scientifically advanced civilization, dominate through sheer military power, or become the foremost destination for the cultural arts.

THE WORLD’S GREATEST LEADERS:
Play as one of 24 different leaders from various countries around the world and throughout history. Build an empire of lucrative trade routes with Cleopatra of Egypt, flex the military might of your legions with Trajan of Rome, or develop a powerhouse of culture with Hojo Tokimune of Japan. Each of the leaders can be played any way you prefer, with unique abilities, units, and infrastructure in their quest for victory.

EXPANSIVE EMPIRES:
See the marvels of your empire spread across the map. Settle in uncharted lands, improve your surroundings, build new districts, and see your cities – and your civilization – prosper. 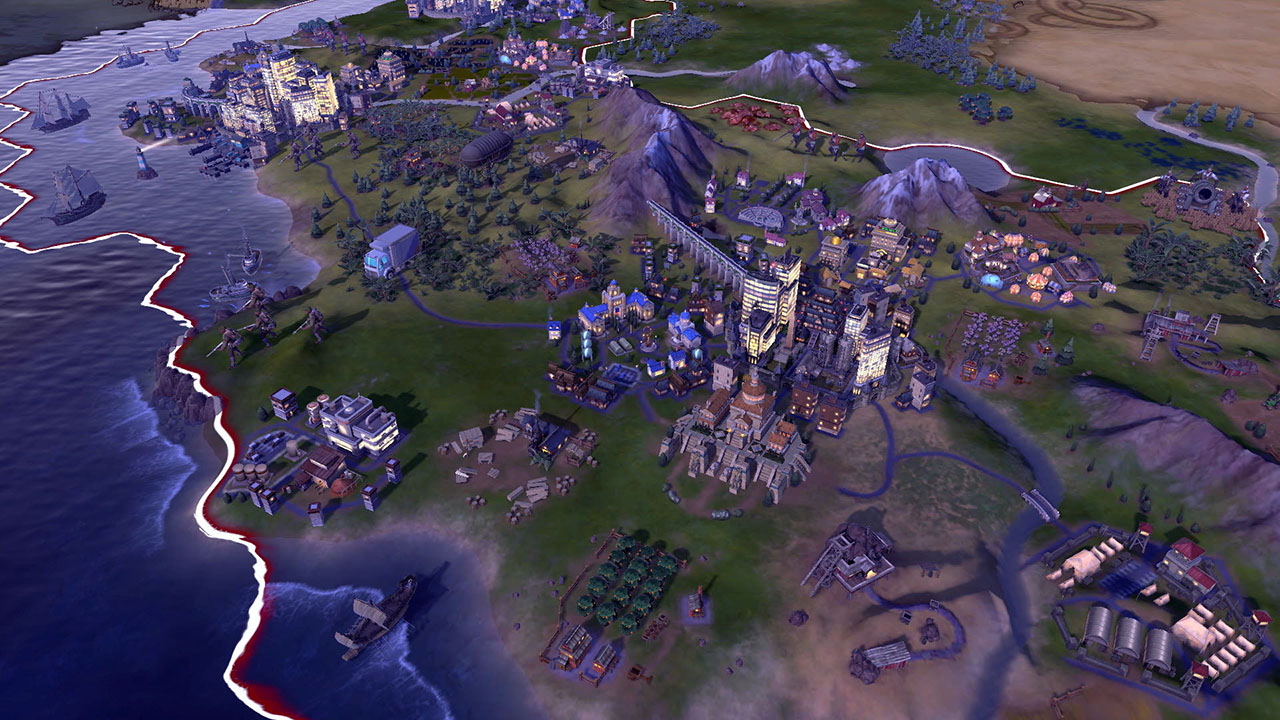 ACTIVE RESEARCH:
Unlock boosts that speed your civilization’s progress through history. To advance more quickly, use your units to actively explore, develop your environment, and discover new cultures.

You might need to test your eyesight. I hear a road trip to Barnard Castle with your family is the way things are done these days.
30 Comments
2nd Jun
Probably dumb question, but is this redeemable on UK switch account?
2nd Jun
Sorry I can see it says redeemable in uk. Just haven’t used Eneba before!
2nd Jun
I’ve just bought it and it worked perfect. £2.25 of gold points too - so that’s reducing the price even further.
2nd Jun
Not sure what I'm doing wrong? Do you have to create an account first?

2nd Jun
Heated Thanks
OK for UK @Mr.Krabs
2nd Jun
Cheers - was waiting for this to drop - now to sell my physical copy!
2nd Jun
assuming this is a joke! Did i not see it for free the other day on epic games?
2nd Jun
Great price for a switch game!

On PC yes. This is a bargain considering the ‘Nintendo tax’.
2nd Jun

So because it's free on pc it should be free everywhere?
2nd Jun

For PC yes, but this is Switch mate, which is always more expensive - switch tax and all that
2nd Jun

You might need to test your eyesight. I hear a road trip to Barnard Castle with your family is the way things are done these days.
2nd Jun

So because it's free on pc it should be free everywhere?

AHH, didn't see it was Switch only, it's not the best in the series but I am enjoying playing it on my 'PC' as a long time fan of the series. Absolute bargain at £0.00 probably about right at this price point.
2nd Jun
What’s the deal with eneba, do they follow the same path as G2A, etc?

Have heard some stories about Nintendo banning accounts with grey market codes.
2nd Jun
So grey market sellers are allowed?

This very seems like a price that is too good to be true and I would not touch this with a barge pole. If the codes have not been obtained legally then Nintendo could very well ban your account.
2nd Jun

Yeah this is my worry, just want to check it’s legit.
2nd Jun
Used them before they are touch and go, if you do purchase this use a credit card not a debit card, I spent 5 weeks chasing my money after they sold me a used key
2nd Jun

Yeah this is my worry, just want to check it’s legit.

If it puts your mind at ease, apparently they've relaxed this: vice.com/amp…ned
2nd Jun
5% on Quidco too
2nd Jun
Worked for me, thanks.
2nd Jun
I didn't even know these 3rd party sites were banned. Quite on edge now that my account will get banned. Been reading some stories and it sounds like a nightmare to get it unblocked.
2nd Jun
Woah, I jumped straight on this without a second thought when I saw the price, bought a steam game from eneba no probs but I'm gonna make a new account to redeem the code with I think even after reading that vice article.
For those struggling to pay, PayPal works great
2nd Jun

To be fair, a lot of people that get banned are unlucky in the respect that the codes have been purchased with stolen credit cards etc. The codes from Eneba are from a well rated, trusted seller so I can't see that being an issue. Not to say it won't happen, but I've read of people getting banned for buying off CD Keys before and I can't count the amount of games I have from there.

I can see the concern but I can't imagine there will be any issue!
2nd Jun

Thanks, that's a relief. Hopefully the game is worth the risk, and it dosn't just sit in my library unplayed for several years

Also, I like the username.
2nd Jun
worked fine for me via paypal, downloading now. Code was instant
3rd Jun
Thanks - bought!
3rd Jun
Where do u add the discount code on mobile?
3rd Jun
Now sold out.
4th Jun
Heads up that the DLC is now on sale on eshop - with the two quid of gold points from this deal, it came down to £21.
Edited by: "Ellendel" 4th Jun