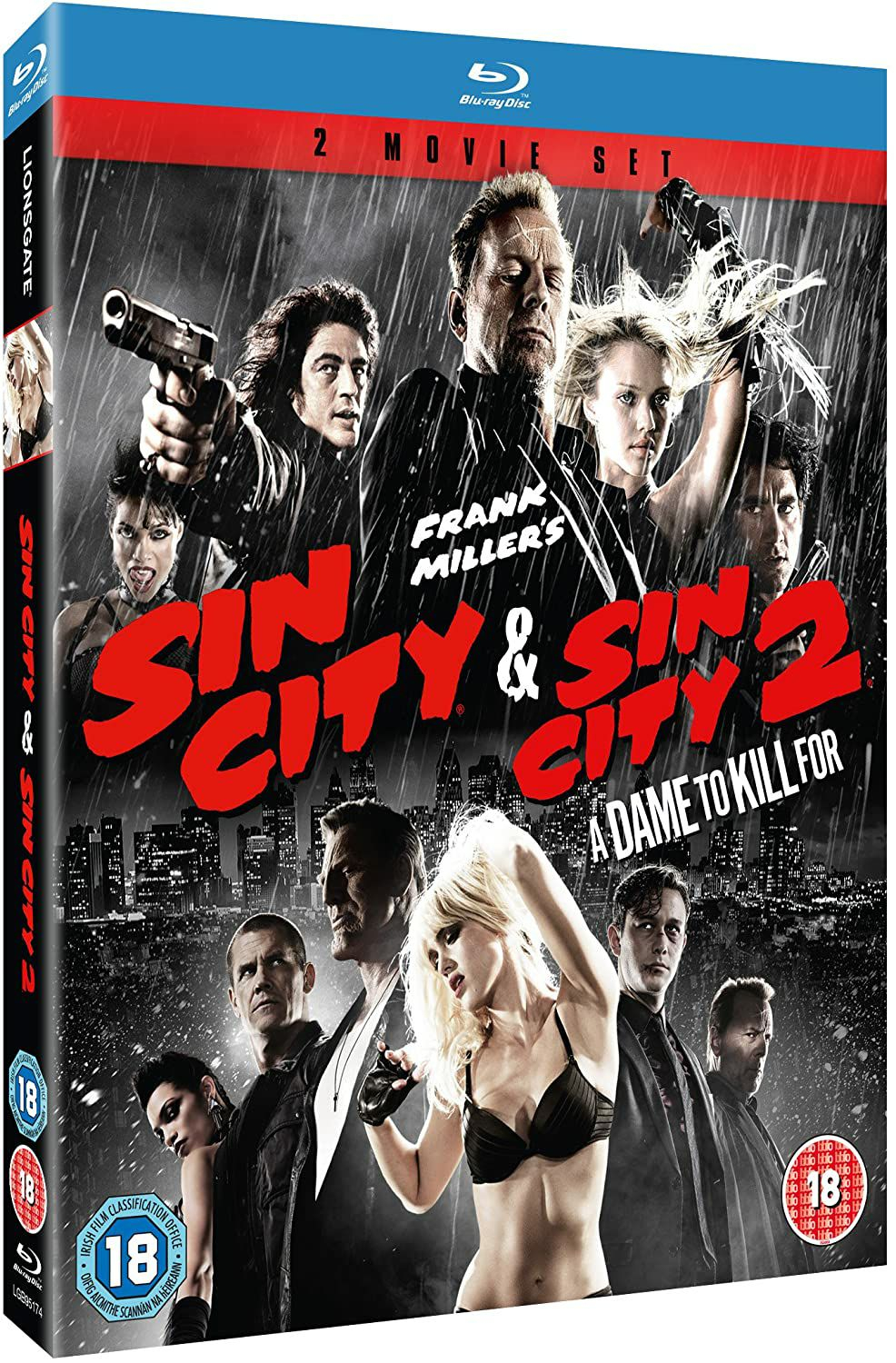 £6.30 Free P&P Freezoom Deals
Get deal*Get deal*
6
Expires on 15/03/2021Posted 16th Feb 2021
Description
Double bill of action film adaptations which interweave multiple storylines from the award-winning comic series created by Frank Miller. 'Sin City' (2005) paints a picture of the ultimate town through the eyes of its roughest characters. There's the street thug Marv (Mickey Rourke), whose desperate quest to find the killer of a prostitute named Goldie (Jaime King) will lead him to the foulest edges of town. Inhabiting many of those areas is Dwight (Clive Owen), a photographer in league with the sordid ladies of Sin City, headed by Gail (Rosario Dawson), who opens up a mess of trouble after tangling with a corrupt cop by the name of Jackie Boy (Benicio Del Toro). Finally, there's Hartigan (Bruce Willis), an ex-cop with a heart problem who's hell-bent on protecting a stripper named Nancy (Jessica Alba). 'Sin City 2 - A Dame to Kill For' (2014) is set both before and after the first film. Powers Boothe returns as corrupt politician Senator Roark, who is being hunted down by Nancy after the suicide of her friend and protector Hartigan. Joseph Gordon-Levitt stars as a shady gambler determined to bring down the city's biggest villain; and Josh Brolin plays Dwight, a man struggling to maintain control over his life and personal demons while fending off his ex-girlfriend Ava (Eva Green)'s wealthy husband Damien Lord (Marton Csokas).