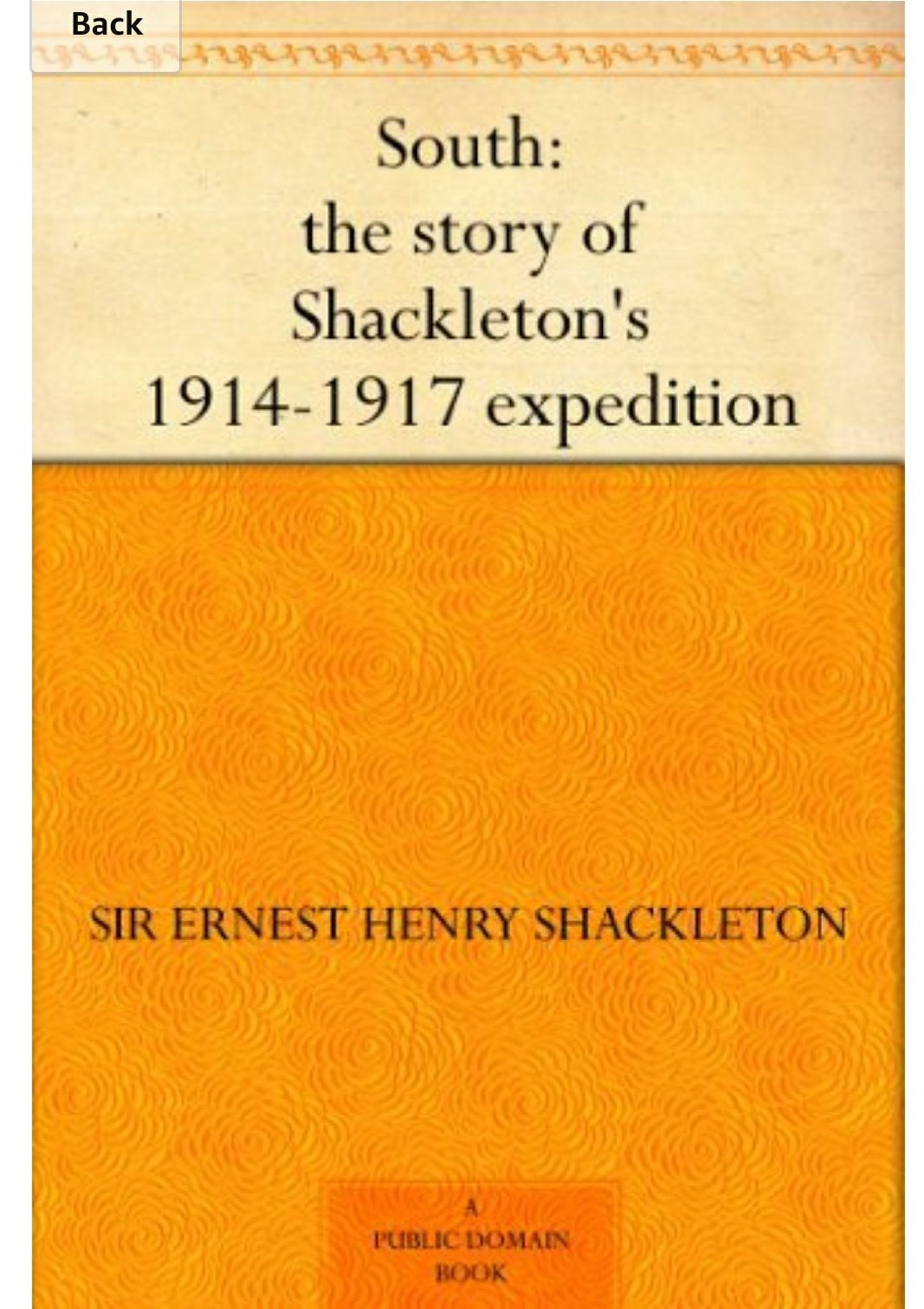 Shackleton's South is one of the great books of exploration, written by a national hero, about what he called 'the greatest journey on earth': his Antarctic expedition in which his ship, the Endurance, was crushed by the ice, and he and his men made a 600-mile trek to reach solid land. They then embarked on a 700-mile journey in an open boat to South Georgia, followed by an epic crossing of the uncharted mountains of that island. Shackleton's account is superbly written, and the book has never ceased to enthrall readers since it was first published in 1919.

Since that time, however, Shackleton's life - and his account of the expedition - have been dramatically revalued by scholars and biographers, and it emerges that South conceals much of the truth about his great feat. In this edition Peter King, who has examined the latest research on the entire episode, presents in his additional notes a much more detailed picture of what really occurred. The major defects in Shackleton's organization, the inadequate finance, the lack of training provided for his crew in the handling of skis, sledges and dogs, Shackleton's personal problems (which were considerable), the failure to provide proper supplies of food - these and many other details are explained, and give a fascinating background to what remains a magnificent drama of leadership.

In addition, the book contains over a hundred beautifully produced photographs by Frank Hurley, the official photographer of the expedition, as well as other contemporary illustrations. The explanatory captions, and the maps charting the course of the expedition, enable readers to follow Shackleton's account almost as if they were present themselves.

Now most famous for the Endurance expedition with its legendary boat journey, a story which even today remains one of the greatest feats of human endurance of all time, Shackleton is amongst the greatest and most famous of all Irish explorers. Astonishingly enough, most of his expeditions were failures, yet his powers of leadership and charisma have elevated him to the ranks of the great. He is buried in South Georgia.
PostTweetShare Share with WhatsApp Share with Messenger
Community Updates
Amazon DealsAmazon discount code
New Comment SubscribeSave for later
7 Comments
2nd May
Heat. Amazing book. Once you get past the tedious details of exact locations etc it's a really incredible story.
2nd May
Amazing story about human spirit.
2nd May
Yes. Amazing book. The documentary on Amazon prime is also worth a watch if you have it.
2nd May
Awesome story by a true leader.

" Difficulties are just things to overcome, after all.”

-Sir Ernest Shackleton
2nd May
Went for the paperback version..
2nd May
Don't forget about the other ship he left behind...
The ones he left to die
2nd May

Don't forget about the other ship he left behind...The ones he left to die

BS. He didn't leave them to die. There was nothing he could to do to rescue them at the time, he and his ship had their own huge problems on the other side but later they were rescued, albeit 3 had died.