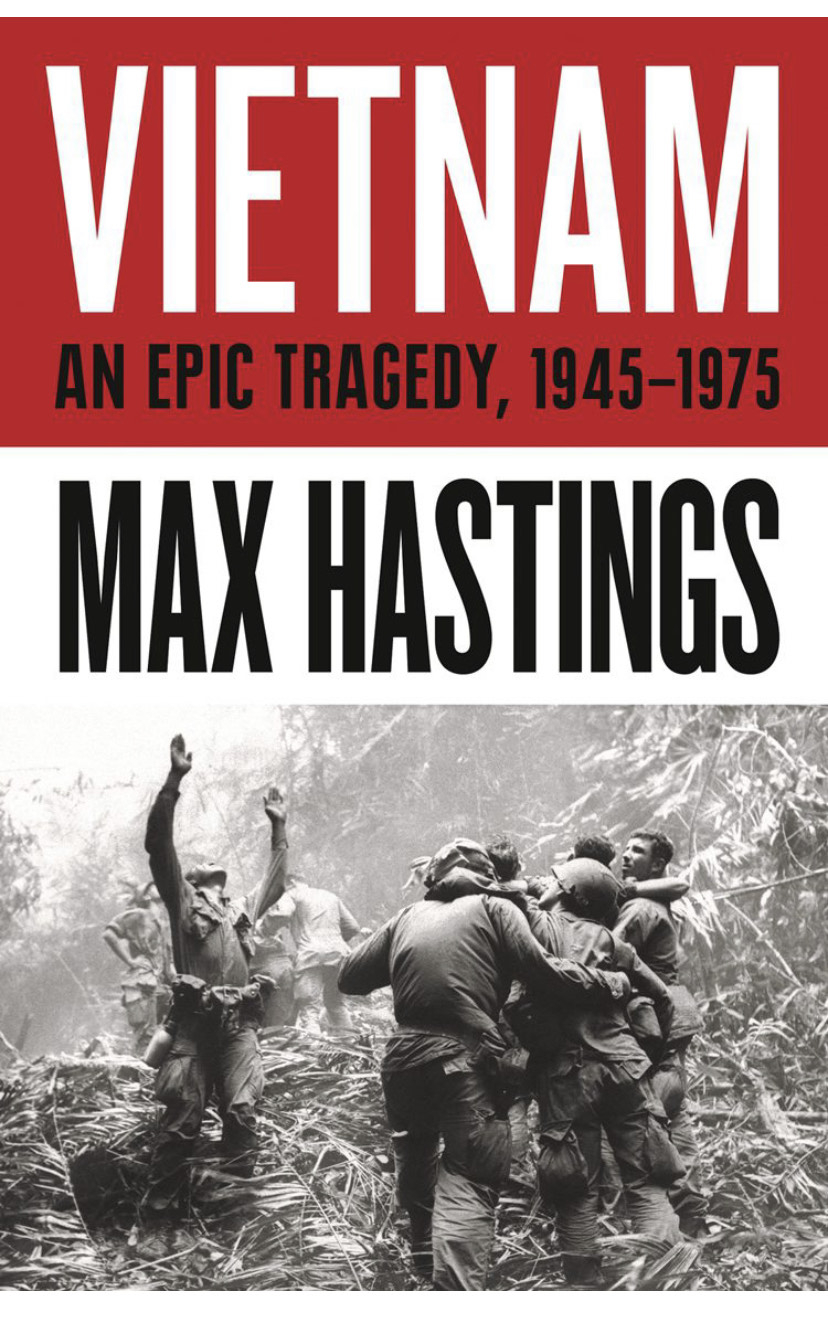 ‘By far the best book on the Vietnam War’ Gerald Degroot, The Times, Book of the Year

Vietnam became the Western world’s most divisive modern conflict, precipitating a battlefield humiliation for France in 1954, then a vastly greater one for the United States in 1975. Max Hastings has spent the past three years interviewing scores of participants on both sides, as well as researching a multitude of American and Vietnamese documents and memoirs, to create an epic narrative of an epic struggle. He portrays the set pieces of Dienbienphu, the Tet offensive, the air blitz of North Vietnam, and less familiar battles such as the bloodbath at Daido, where a US Marine battalion was almost wiped out, together with extraordinary recollections of Ho Chi Minh’s warriors. Here are the vivid realities of strife amid jungle and paddies that killed 2 million people.

Many writers treat the war as a US tragedy, yet Hastings sees it as overwhelmingly that of the Vietnamese people, of whom forty died for every American. US blunders and atrocities were matched by those committed by their enemies. While all the world has seen the image of a screaming, naked girl seared by napalm, it forgets countless eviscerations, beheadings and murders carried out by the communists. The people of both former Vietnams paid a bitter price for the Northerners’ victory in privation and oppression. Here is testimony from Vietcong guerrillas, Southern paratroopers, Saigon bargirls and Hanoi students alongside that of infantrymen from South Dakota, Marines from North Carolina, Huey pilots from Arkansas.

No past volume has blended a political and military narrative of the entire conflict with heart-stopping personal experiences, in the fashion that Max Hastings’ readers know so well. The author suggests that neither side deserved to win this struggle with so many lessons for the 21st century about the misuse of military might to confront intractable political and cultural challenges. He marshals testimony from warlords and peasants, statesmen and soldiers, to create an extraordinary record.

Review
"This balanced and insightful book is a pleasure to read. It destroys the fantasy that one side or the other held the moral high ground or a monopoly on devastating folly."--Karl Marlantes, author of What It Is Like to Go to War and Matterhorn: A Novel of the Vietnam War

"This is a comprehensive, spellbinding, surprisingly intimate, and altogether magnificent historical narrative."--Tim O'Brien, author of Pulitzer Prize finalist The Things They Carried

"A comprehensive and compelling narrative that illuminates political and military tactics and strategies -- and the daily realities of a war that killed 2 million people."--Pittsburgh Post Gazette

"We've seen a shelf-load of histories, analyses, memoirs, and novels on Vietnam. But what Hastings does in Vietnam is pull all these genres together in a highly readable and vivid narrative that, I think, will become the standard on the war for many years to come."--NPR.org

Sir Max Hastings chronicles Vietnam with the benefit of vivid personal memories: first of reporting in 1967-68 from the United States, where he encountered many of the war's decision-makers including President Lyndon Johnson, then of successive assignments in Indochina for newspapers and BBC TV: he rode a helicopter out of the US Saigon embassy compound during the 1975 final evacuation. He is the author of twenty-six books, most about conflict, and between 1986 and 2002 served as editor-in-chief of the Daily Telegraph, then editor of the Evening Standard. He has won many prizes both for journalism and his books, of which the most recent are All Hell Let Loose, Catastrophe and The Secret War, best-sellers translated around the world. He has two grown-up children, Charlotte and Harry, and lives with his wife Penny in West Berkshire, where they garden enthusiastically.
PostTweetShare Share with WhatsApp Share with Messenger
Community Updates
13 Comments
Post a comment