Slim sip contains Glucomannan,a soluble natural fibre which contributes to the reduction of body weight and the maintenance of normal blood cholesterol level. 7 calories per sachet. 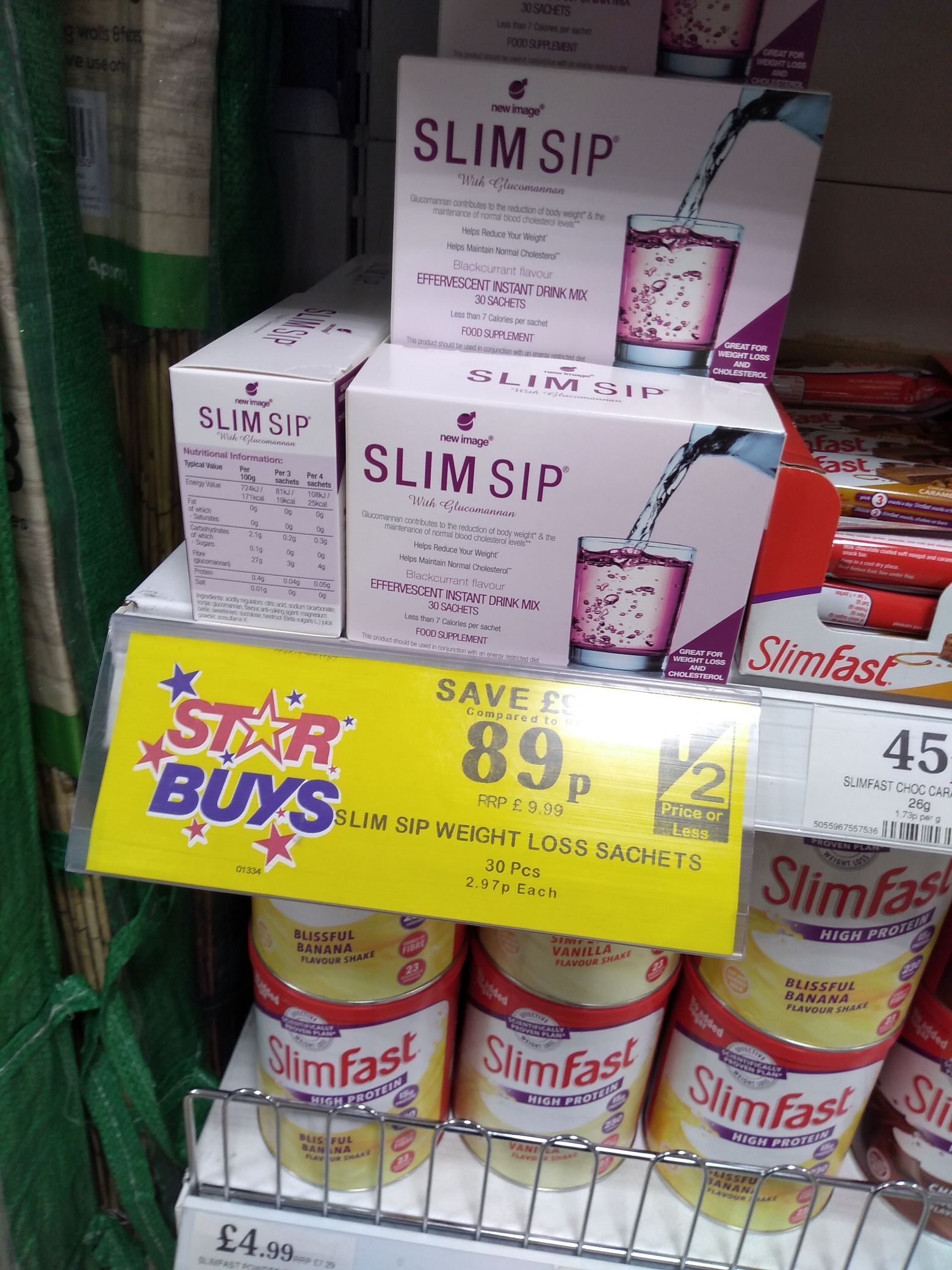 how does this stuff work then ?

is it simply something you drink that makes you feel full and not eat ?

or is there some magic science involved ?
2nd Mar 2019

There's an active ingredient that expands, making you feel full.

A lot of products out there with similar properties/ingredients etc.

Sip your weight away!

What flavour are they? Bound to be blackcurrant ‌

Kebab flavour I think is popular 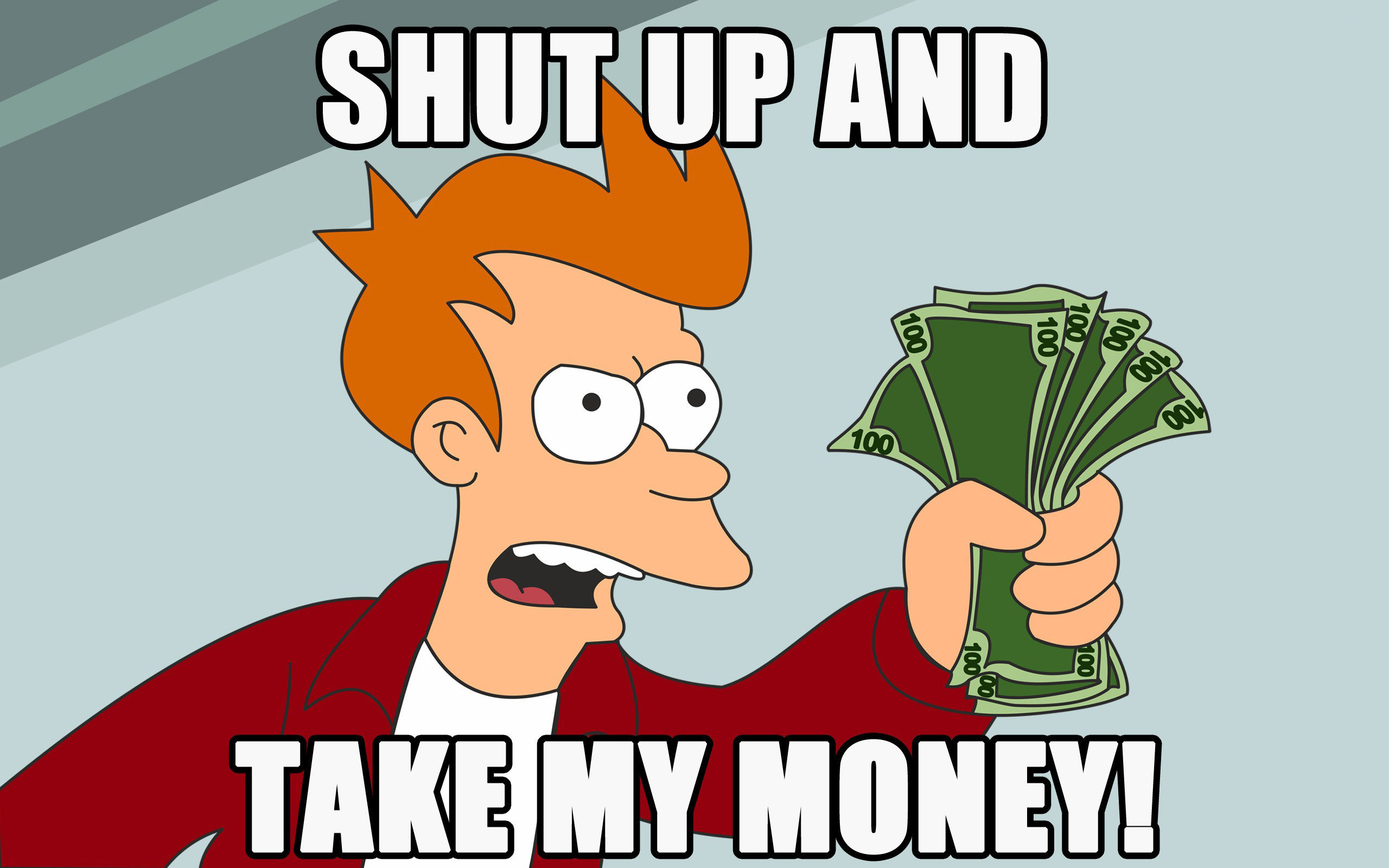 2nd Mar 2019
This is also good for IBS sufferers,.
2nd Mar 2019
It's similar to fibogel and it gives you wind like fibogel lol
2nd Mar 2019
Nice comments. Fiber is snake oil but every crappy protein powder thread everyone is salivating for "cheap" protein ( you know, the stuff they used to throw away ) with tons of sugar when a myprotein isolate is cheaper.

I prefer chia seeds in water thou, as always, whole food is cheaper and more nutritious for the same purpose.
2nd Mar 2019
There are usually some products in this area in Home Bargains at about 10% of RRP but it does seem to vary from store to store. Saw some HAPPI Menopause supplements in my local at £1.99 (RRP £19.99) earlier today:{
2nd Mar 2019

it makes you feel full, it reduces amount of fat/proteins from being absorbed . its from a plant root .

"Glucomannan does not have any effect on weight loss unless it is taken before a meal. Timing recommendations range from 15 minutes to 1 hour before a meal (14, 8).

However, if glucomannan expands before reaching the stomach, it may cause choking or blockage of the throat and esophagus, the tube that moves food from your mouth to your stomach.

To prevent this, it should be washed down with 1–2 glasses of water or another liquid.

Some people may experience mild side effects, such as bloating, flatulence, soft stools or diarrhea, but these negative effects are uncommon.

Glucomannan can also reduce the absorption of oral medications like sulfonylurea, a diabetes drug. This can be avoided by taking the medication at least four hours after or one hour before ingesting glucomannan."

What flavour are they? Bound to be blackcurrant ‌

Went back in today and they got orange 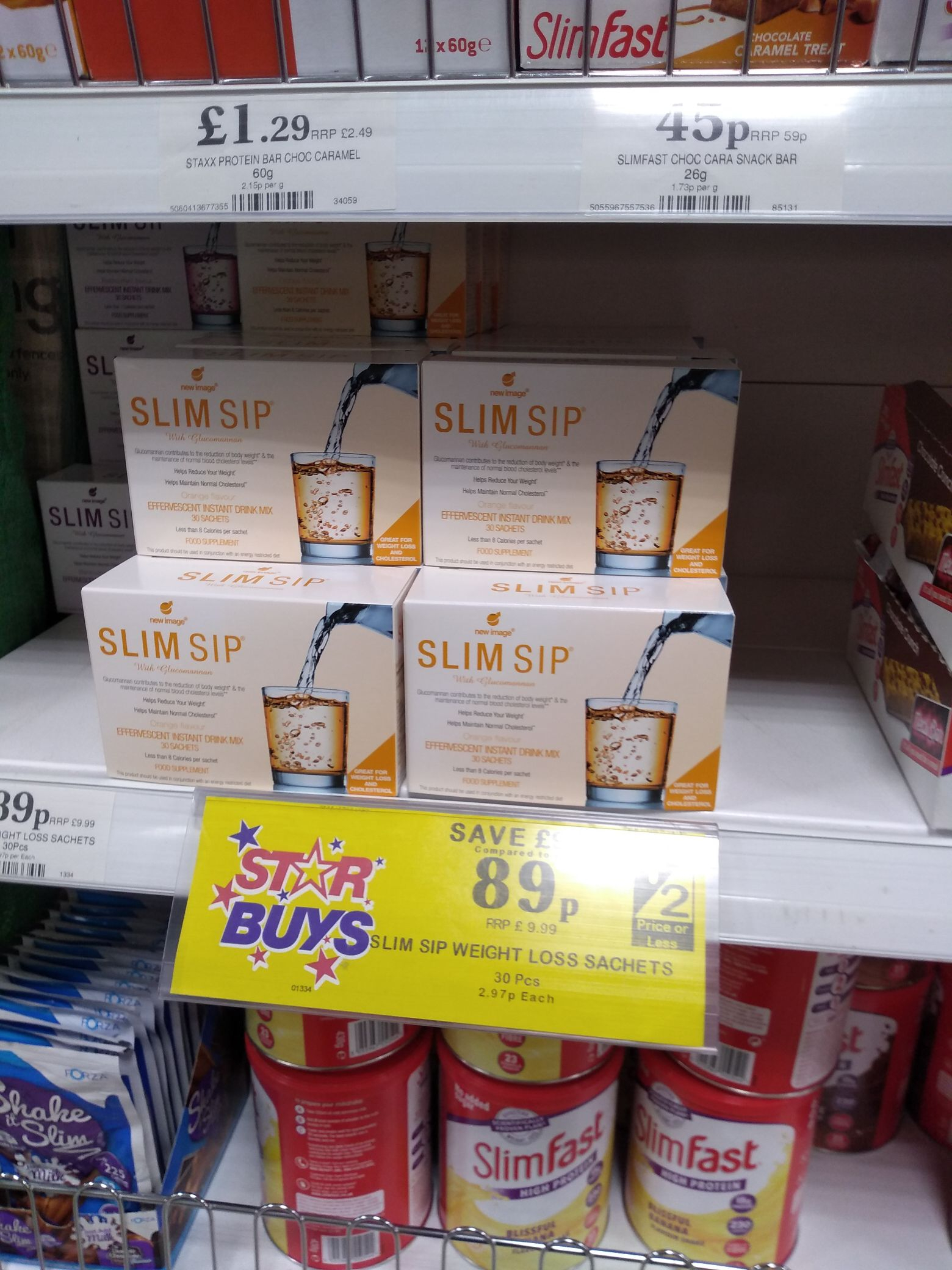