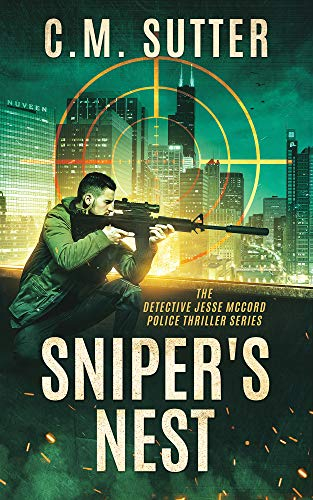 The ambush is in place, he takes aim, and shots ring out. Chicago is

officially on notice, and a siege is underway on the city’s men and

Assigned to the task force investigating the

kill as many police officers as possible.
Getting in front of the

crazed assailant is the only way to stop him, but without a name, a

face, or a witness to the shootings, the police department is chasing a

As a profile evolves, Jesse is struck by the realization

known. It’s the epiphany he needs to stop the shooter, and a dangerous

game of cat and mouse begins.

Taking on the killer face-to-face,

and single-handedly, is the only way Jesse can protect his colleagues

always will.
PostTweetShare Share with WhatsApp Share with Messenger
Community Updates
Amazon DealsAmazon discount code
If you click through or buy, retailers may pay hotukdeals some money, but this never affects which deals get posted. Find more info in our FAQs and About Us page.
New Comment Subscribe Save for later