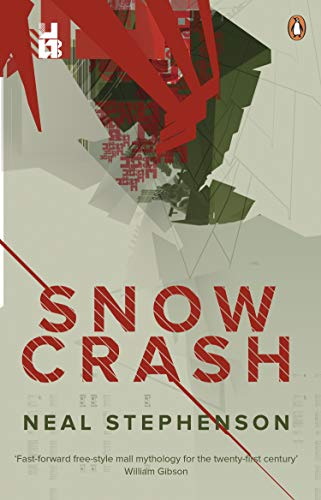 Great book - written in 1994 but years ahead of its time.

"This Snow Crash thing--is it a virus, a drug, or a religion?"
Juanita shrugs. "What's the difference?"

The only relief from the sea of logos is within the well-guarded borders of the Burbclaves. Is it any wonder that most sane folks have forsaken the real world and chosen to live in the computer-generated universe of virtual reality?

In a major city, the size of a dozen Manhattans, is a domain of pleasures limited only by the imagination. But now a strange new computer virus called Snow Crash is striking down hackers everywhere, leaving an unlikely young pizza delivery man as humankind's last best hope.
PostTweetShare Share with WhatsApp Share with Messenger
Community Updates
6 Comments
Post a comment