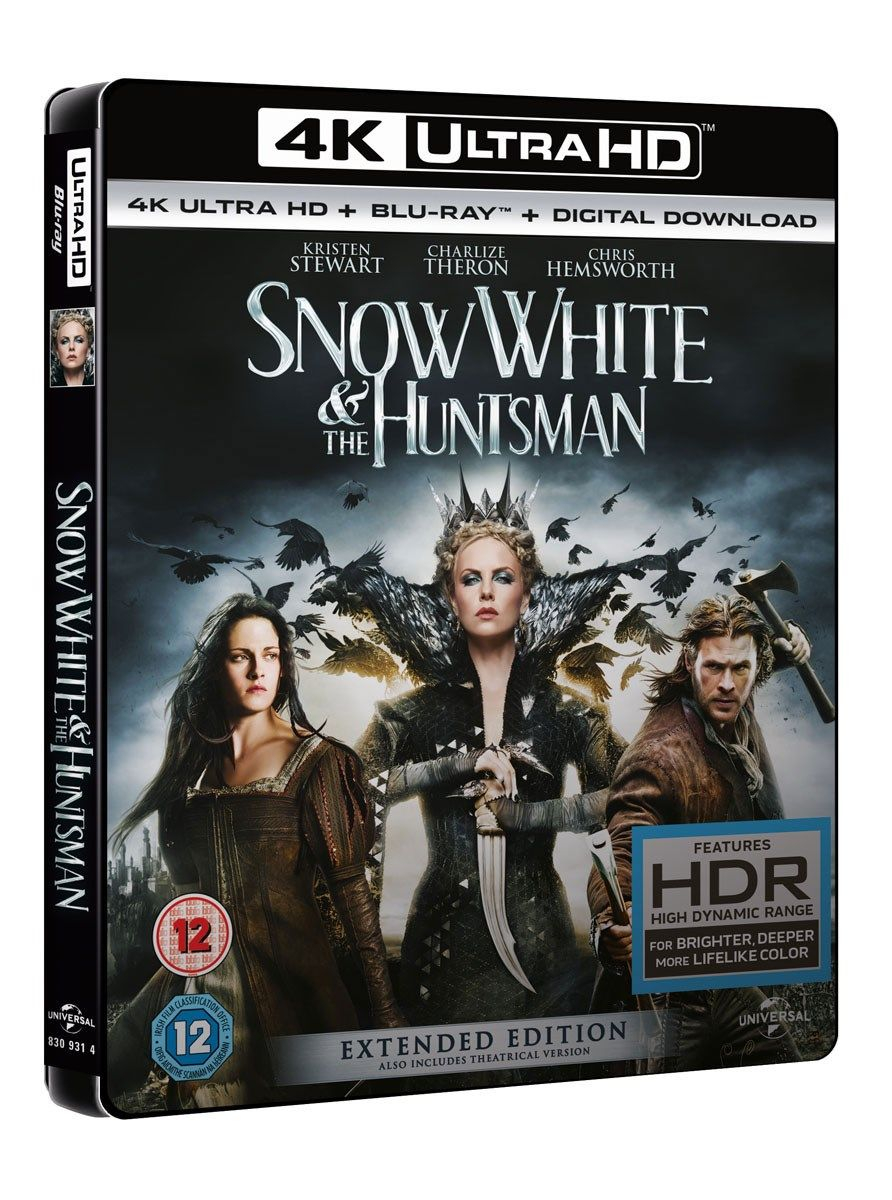 Special thanks to @cas398


Kristen Stewart stars in this fantasy action-adventure based on the Brothers Grimm fairy tale. When the evil queen Ravenna (Charlize Theron) learns that her stepdaughter, Snow White (Stewart), has surpassed her as the fairest in the land and will eventually become ruler of the kingdom, she recruits a huntsman, Eric (Chris Hemsworth), to take Snow White into the woods and kill her. The Magic Mirror (Christopher Obi) has assured Ravenna that if she eats Snow White's heart, she will live and reign forever. But the Huntsman takes pity on the girl, and instead of killing her he takes her under his wing and begins to teach her the arts of war. With the help of the Huntsman, seven dwarves and her handsome young suitor, Prince William (Sam Claflin), Snow White sets out to vanquish the Evil Queen and put an end to her tyrannical rule.
PostTweetShare Share with WhatsApp Share with Messenger
Community Updates
EBay DealsEBay discount code
New Comment Subscribe Save for later
7 Comments
15th Feb
thanks for this op! Not got 4k TV yet but this will start my collection of nicely, my HDTV almost on the way out by the looks of it
15th Feb
Bought, thanks
15th Feb

Haha yes nearly forgot that, thanks. Looking at LG 4k tv maybe they do decent players too, will have to check.
15th Feb
Just checked the Universal Ultraviolet page nbcucodes.com and although the 4K version isn’t listed the Blu-ray digital codes expired over a year ago and Universal are Notorious for this, unlike Fox and Warner’s who’s codes work past their expiry dates.
15th Feb

I use the Sony UBP-X700 which also has Dolby Vision. Very pleased with it, just make sure to running the latest update.
15th Feb

If a code doesn’t work just Email them and they offer you an alternative code for another movie from a big list, so you effectively get 2 movies for the price of one.