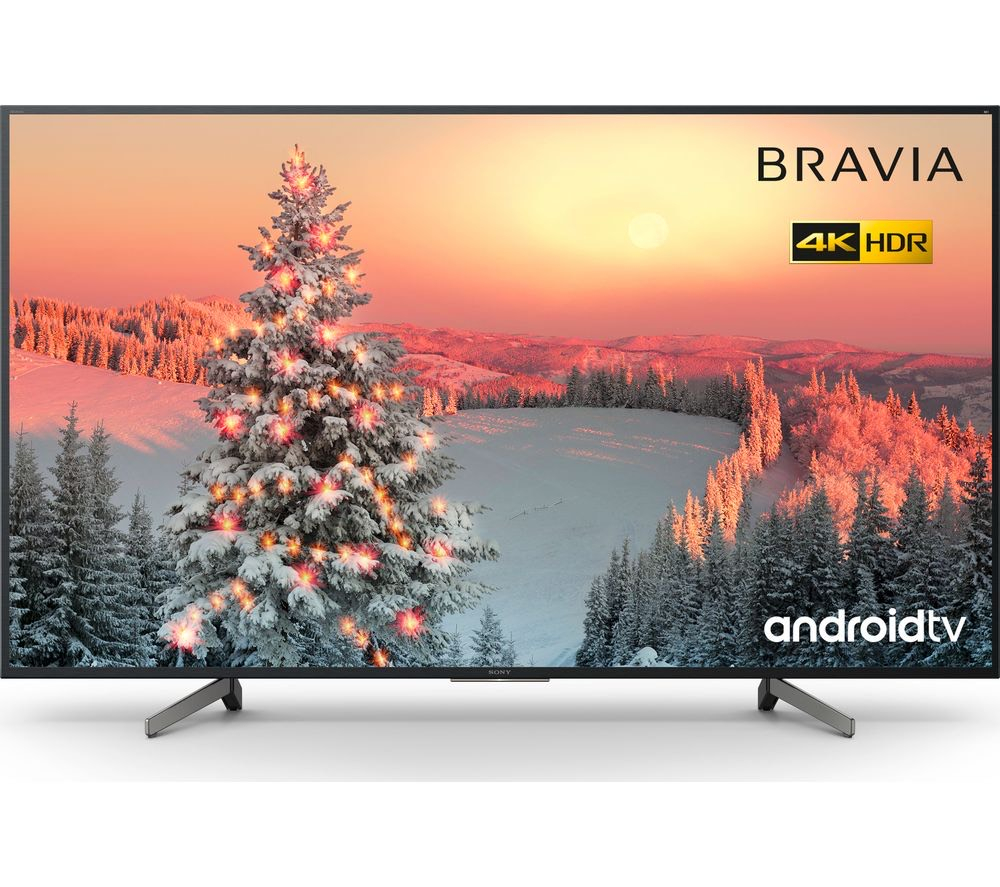 Was hoping I could snag the XG8196 at around the £900 mark during this Black Friday period, when I stubbled across this model instead.

I thought this was quite a competitive price considering that the original RRP was £1,299 when it first launched...although it looks to have been available for £999 earlier this year. Still, this is another £200 off, and looks like a big load of TV for the money.

Get cinema-style visuals in your cosy living room with the Sony BRAVIA KD65XG8096BU 65” Smart 4K Ultra HD HDR LED TV with Google Assistant. You’re already getting the quality of a 4K UHD screen, and Sony’s X-Reailty Pro takes it to another level. Every pixel on the display is enhanced so you get striking details, clear colours and fantastic definition in everything you watch. Your favourite movie never looked so good.

When you’re watching fast-paced entertainment you need a TV that won’t stutter. The Sony KD 65XG80‘s Motionflow XR tech cuts out jutters for smooth viewing, you won’t miss a moment of that lightning-quick football counter attack or a single frame of a frantic action scene.

Sony BRAVIA’s brilliant TRILUMINOUS display colours always look vivid and clear. Switch on a nature documentary and see for yourself - from the deep blue of the ocean to the bright colours of the amazing underwater creatures, you’ll feel like you’re swimming around with them.

With Google Assistant built-in to the XG80, you can control your TV with simple voice commands. Change channels, dive into YouTube, or even control your other smart home devices. Just ask Google and it’ll handle the rest.

There are loads of entertainment choices too - all your favourite apps are there, including BBC iPlayer, Netflix, Prime Video, and more. Or use Chromecast or AirPlay to play direct from your smartphone. You can also pair the TV with an Alexa speaker for handsfree control.
PostTweetShare Share with WhatsApp Share with Messenger
Community Updates
Currys PC World DealsCurrys PC World discount code
If you click through or buy, retailers may pay hotukdeals some money, but this never affects which deals get posted. Find more info in our FAQs and About Us page.
New Comment Subscribe Save for later
7 Comments
22nd Nov 2019
Good price for 4k HDR Google assistant tv, I have time previous model, very good picture, natural and sharp
22nd Nov 2019
Looks good and the cheapest I can see....it seems the XG8096 model is identical to the XG8196 models....the 8096 is sold exclusively by Currys and Sony Centres but often seems cheaper.

You can get this model for £829 with a 5 year guarantee from Sony Centres
centresdirect.co.uk/p-3…spx
22nd Nov 2019
Just seen this on eBay - LINK HERE