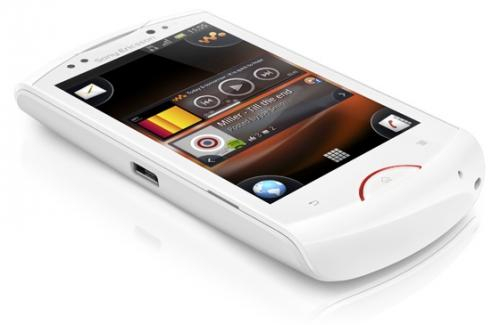 In my opinion one of best android phone at this price point, beating OSF2 and Galaxy Ace for a number of features

But all round for most people I would say it is a far better phone.

It also now can be unlocked for 15 euro
wotanserver.com/en/…ash


Delivery Surcharge of £7.99
- cicobuff
PostTweetShare Share with WhatsApp Share with Messenger
Community Updates
Virgin Media DealsVirgin Media promotional code
If you click through or buy, retailers may pay hotukdeals some money, but this never affects which deals get posted. Find more info in our FAQs and About Us page.
New Comment Subscribe Save for later
68 Comments
11th Feb 2012
Agreed.
11th Feb 2012
Thanks for posting; I’ve added the price and merchant to the title for you

Is my hard earned cash best spent on this one? and is there any cashback available
11th Feb 2012

You're not going to get much better than this.
5MP Cam w/ Flash & VGA Front facing cam too.
11th Feb 2012
It has been unlockable for ages.

(It will void your warranty unlocking it anyway - by testpoint or certificate replacement it is obvious that it is done - If it is done via Emma by an exploit or whatever then they will know.)

More likely to get away with it if it is Emma unlock but for the bootloader on a prelocked phone you must use the testpoint.

If wotan replaces the certifcate you are stuffed because s1tool won't work and using it before hand is risky.

(Only trustworthy people with Sony Ericsson are Setool and people using Emma directly).

The rest either steal Setool methods or use exploits on the Emma server.

If you really do trust Wotan make sure you have the ability to do a chargeback if they don't produce the goods.

And be aware it 99.9% your warranty will be void if you use them.

(If you do use them you can check what they have done after the unlock with s1tool - if it says SEMC they have an Emma exploit - in which case unlocking the bootloader with s1tool is safe).
11th Feb 2012

Smart dialing - dunno why anyone would need it (Can use go contacts if you really want it)
Video calls - works fine with gtalk
Custom Equaliser - Don't need it (Sound quality is good - has Xloud).
Xvid - Dunno why you would need it. (Maybe on a tablet but not on a tiny phone screen.)
11th Feb 2012

Can't understand the OPs not recognising what a constrained screen this deal has.

The whole idea of a smartphone is access to information in your hand surely ?
Think screen resolution/size needs to be given far more weight/attention even "desire" but clearly the purchaser needs to meet their own priorities!
MKD
11th Feb 2012

Different phones will suit different people. If quality video on a budget is important, this is a great deal. If web browsing on a budget is important, the one I posted is. The market moves so fast that no matter how good your phone or deal it'll be superceded in five minutes flat, so this-or-that has a pretty limited lifespan anyway.
11th Feb 2012

The OSF2 screen is better than this, and bigger too. Screen is everything on a smartphone!
Edited by: "seefman" 11th Feb 2012
11th Feb 2012
Not all good comparing to OSF2 or Monte Carlo.

1. Smaller screen
2. Poor resolution
3. Boot loader? Can it be unlocked? so no fun with 3rd party rom.
4. No free unlock, meaning the total is 100+15=115POUNDS.
11th Feb 2012
The screen resolution is not as simple as some make out. This is a 16M colour screen as opposed to 256K of the others. In otherwords colour reproduction is better (24 bits per pixel) as opposed 18bits. As most images are coded 24bit there is no conversion process with the subsequent loss of quality.

While PPI is more important the difference in quality is not linear eg a lower res phillips photo frame will look better than a cheap photoframe with a higher res.

OSF2 will suit some peoples needs better, but as a music player, video recorder, camera (which can do 3D) even as a basic phone (given battery life) I feel this is better
Edited by: "abfmdf" 11th Feb 2012
11th Feb 2012
Sony themselves have opened up bootloader and there are many roms around (Its the same inside as many other sony phones and you can use those roms too)
12th Feb 2012
Isn't the Motorola defy for £10 more a better deal?
12th Feb 2012

Would be very interested to know where you can get a Defy for £110?

12th Feb 2012
This phone has a £7.99 delivery charge!
12th Feb 2012
It looks like SE is having a real go against Nokia these days to take their place as all SE mobiles seem to get cheaper and cheaper...
Edited by: "ompek" 12th Feb 2012
12th Feb 2012
Although there is a delivery charge buying online, virgin have plenty of stores nationwide
12th Feb 2012
Got one and I bloody love it! Didn't think screen would be sufficient as I bout as a replacement for my iPod touch 4g but it's in my hand even more than the iPod was! Don't be put off by the res. Great phone
12th Feb 2012

Would be very interested to know where you can get a Defy for £110?

Only timetravellers can get the Defy for that price as far as I can tell.... Orange were selling the Defy for around £100 a month ago but they're out of stock online and their shops won't likely have any now..... yet this comment keeps cropping up for some reason.

However if there are some available I'm happy to be proven wrong as I'd like one too!
12th Feb 2012
OLED San Fran > This

Until OLED screens become mainstream and completely takeover from LCD, you wont get a better phone than the original san fran at this price point.
12th Feb 2012
voted cold
12th Feb 2012
Voted hot solid phone for the price
12th Feb 2012
I don't like OLED screens though ...
12th Feb 2012
When you say it's "Now Unlockable" does that mean it comes unlocked or you can unlock it?