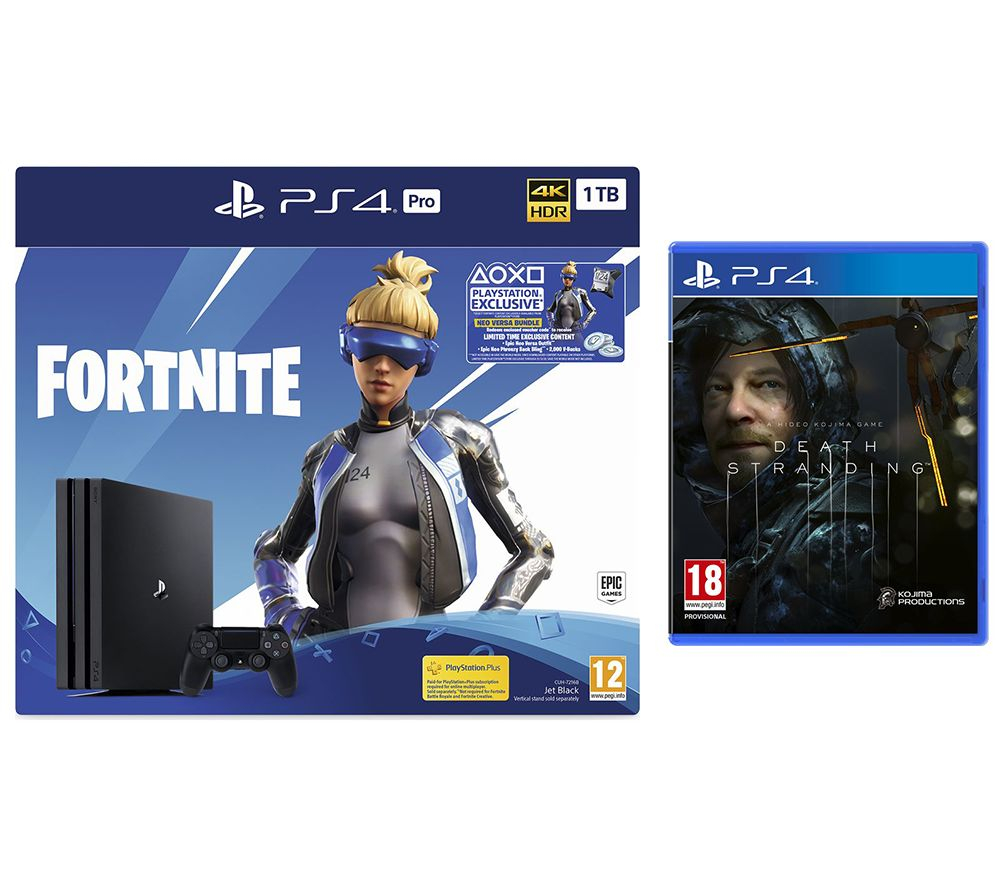 Abother scorching ps4 pro deal at currys, the battle is truly on vs the retailers.

Featuring twice the power as previous models, the PlayStation 4 Pro achieves faster and more stable frame rates as well as incredibly lifelike details for unprecedented gaming quality. Making every action smoother and each colour bold and bright, the PS4 Pro also upscales lower resolutions as close to 4K as possible.

Not just for enhanced gaming, the Ultra HD capability lets you get the most out of 4K Netflix and YouTube content. Stream your games to multiple devices and share your progress with your friends in beautiful 1080p Full HD, so that you can re-watch your successes in great quality.

Battle to be the last one standing in the worldwide phenomenon - Fortnite. After being dropped on a huge island with 99 other players, it's up to you to find weapons, gather materials and escape the oncoming storm. Oh and of course survive the other players. Every game of Fortnite is different, whether you strike out alone, or team up with other players to form a squad.

Set in an open world environment, Death Stranding is an action stealth game from Hideo Kojima, which has incredibly cinematic graphics. Based on a huge cast of actors including Norman Reedus, Mads Mikkelsen and Lea Seydoux, this unique game is inspired by the connection of life and death.

Dazz.
PostTweetShare Share with WhatsApp Share with Messenger
Community Updates
Currys PC World DealsCurrys PC World discount code
If you click through or buy, retailers may pay hotukdeals some money, but this never affects which deals get posted. Find more info in our FAQs and About Us page.
New Comment Subscribe Save for later
5 Comments
11th Dec 2019
cant find this deal anywhere close to me, real shame as it sounded perfect for my son
11th Dec 2019
asked game and argos but they dont price match
7th Jan
£349 when I follow the link
7th Jan

Mist have expired, it was posted 28 days ago.
9th Jan
Expired