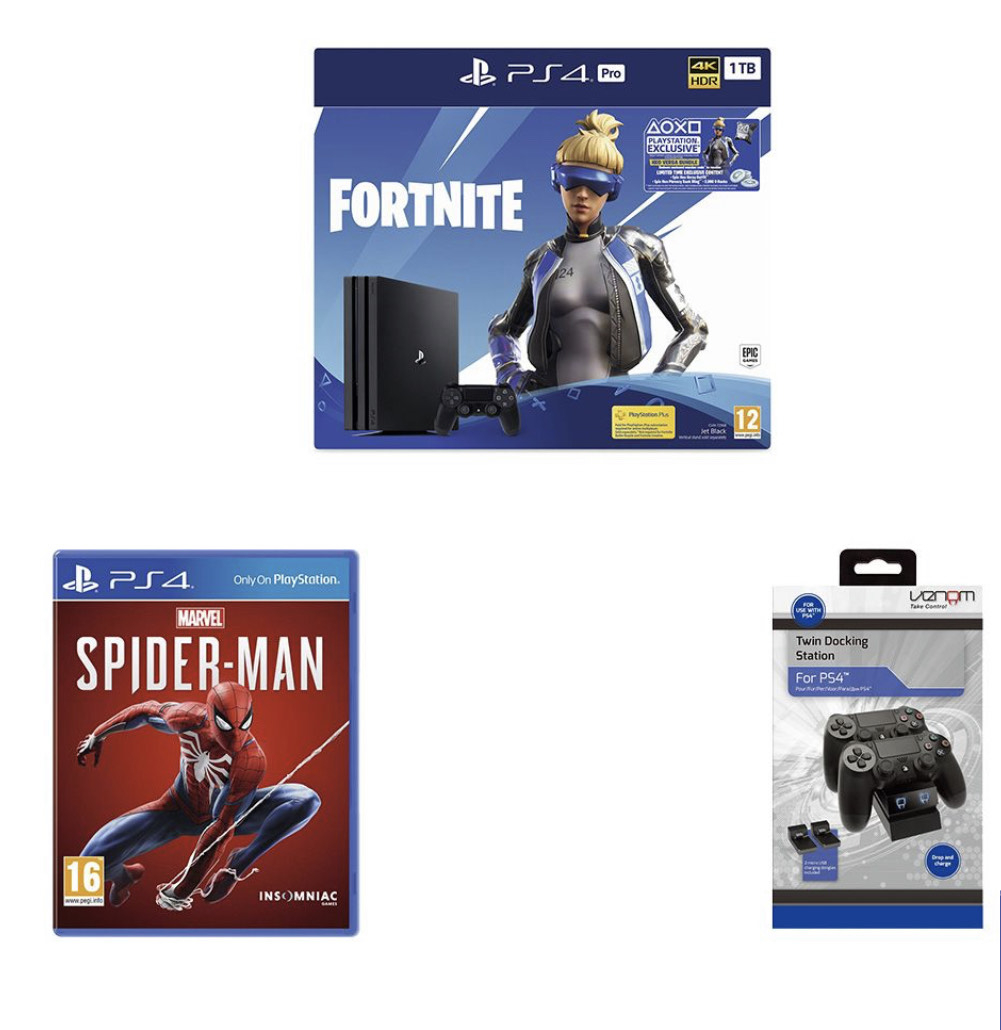 Featuring twice the power as previous models, the PlayStation 4 Pro achieves faster and more stable frame rates as well as incredibly lifelike details for unprecedented gaming quality. Making every action smoother and each colour bold and bright, the PS4 Pro also upscales lower resolutions as close to 4K as possible.

Peter Parker is just graduating from college, he’s been Spider-Man for 8 years and has already captured many villains to keep the city safe. In Insomniac’s most expansive and interactive New York City yet, you can experience the world from Spider-Man’s perspective, seeing all of the popular New York hot spots and familiar Marvel faces in PS4 Spider-Man.

Simply attach the included micro USB dongles and the station will charge your controllers, even when on standby. Red LED indicators will automatically turn blue once the controllers are fully charged. Dock, store and keep your controllers charged and ready to go with the Venom Twin Docking Station for PS4.
PostTweetShare Share with WhatsApp Share with Messenger
Community Updates
Currys PC World DealsCurrys PC World discount code
If you click through or buy, retailers may pay hotukdeals some money, but this never affects which deals get posted. Find more info in our FAQs and About Us page.
New Comment Subscribe Save for later
5 Comments
25th Nov 2019
This should be £219.99
25th Nov 2019

you wont find a console on its own for that price

Got one recently from AO for that price.

Sure it's the pro version?

100% sure, it is also has the newer chasis. Got it in September.