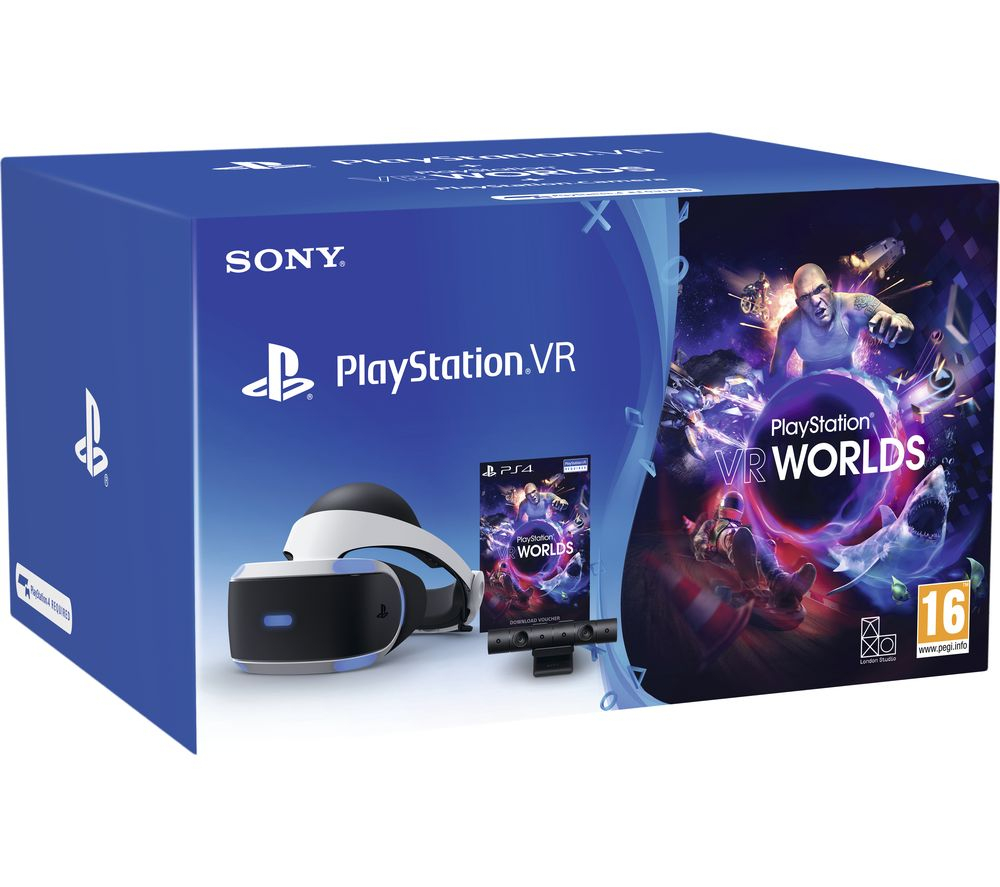 I bought a VR pack for myself a few months back and have to say its fantastic. Thought you might like this deal as its alot cheaper than i paid

- Play VR games on your PS4

- Immerse yourself in VR as though it's real life

- VR Worlds has five worlds for you to explore

The Sony PlayStation VR Starter Pack contains everything you need to dive into VR. VR Worlds provides five different VR experiences, and the VR headset creates them around you.

The included camera lets you play with facial recognition and broadcasting. Whether you're thinking of jumping into streaming or are already a YouTube sensation, you'll be able to share your gaming sessions with the world.

The large screen in the headset lets you see much of the world at once, with 360° vision making it easy to explore your virtual surroundings. 3D audio means you'll hear those approaching footsteps or that distant scream with the same precision as you would in real life, so you know which way to run!

Kick-start your VR game collection with five unique VR experiences. Come face-to-face with a great white shark, crawl through a decaying space hulk, weave around oncoming traffic, survive a hyper-dangerous futuristic sport, or come back to earth with a gritty London gangster thriller.

Whatever world you want, you can lose yourself in it with PlayStation VR.
PostTweetShare Share with WhatsApp Share with Messenger
Community Updates
Cyber Monday 2020 DealsCurrys PC World DealsCurrys PC World discount code
If you click through or buy, retailers may pay hotukdeals some money, but this never affects which deals get posted. Find more info in our FAQs and About Us page.
New Comment Subscribe Save for later
26 Comments
2nd Dec 2019
Game have a similar offer also including resident evil and now tv for the same price.

What games would you recommend for this?

I have played super hot and thought that was great
2nd Dec 2019
You can make this as the mega pack if you buy these from eBay
rover.ebay.com/rov…084

Love Super Hot but there are so many games now. Good all round family game is Astro Bot, think 90s Mario crossed with Crash Bandicoot in a 3D environment

All time weirdest and favourite game is Catch & Release, its a fishing game and my wife thinks I have gone nuts 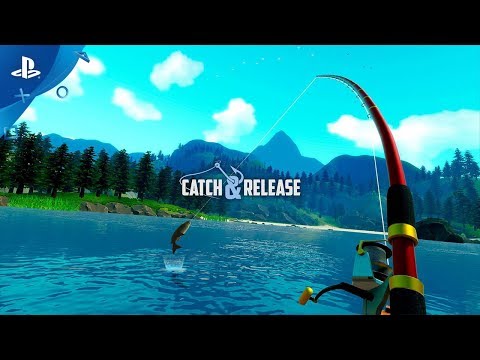 Haha thanks il check out astro bot and catch game. I couldn't get into skyrim due the movement around the map. Doom was the same, it just doesn't feel right warping from spot to spot on rails. Im sure future games will improve this.
2nd Dec 2019
Is this the updated headset?
2nd Dec 2019
there is a few free ones on PlayStation Store too
2nd Dec 2019

there is a few free ones on PlayStation Store too

Yep I picked up loads of those

Is this the updated headset?

Going in without your VR legs, I would say astrobot and Moss and Beat Saber. Once you have worked up your VR appetite Wipeout , Resident evil 7 and Dirt rally are incredible.

After years of gaming on a screen going back to screen gaming after VR feels like a massive step backwards.

Yes the graphics can be blurry or low resolution but the immersion is superb. Drive club and Dirt Rally with a suitable steering wheel controls is a dream for sim racing.

Good luck and happy gaming!
2nd Dec 2019
Been sitting on the fence with this. First time in my life I missed a generation of console...no ps4 or Xbox 1... in fact.. swapped it for retro emulation and loved it... will stay one generation back now and as soon as ps5 comes out. I will get ps4. Even ps3 has great graphics compared to some of the ps4 games lol. But... would love to have a VR helmet... future and also retro as it's an idea that's been about for so long. What's everyone's opinion on getting one? Is it worth it or just a gimmick?
2nd Dec 2019 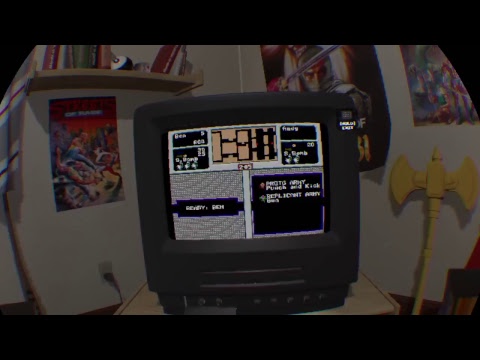 If you can try the Aim controller peripheral, that might help with Doom. It plays more like a first person shooter then.
2nd Dec 2019

Worth every penny. Sony are sticking with VR and have announced the PSVR will be compatible with the PS5,there's also talk of a PSVR2 but nothing confirmed yet.
I had never been overly interested in VR,just due to the price and if I would even like it,my friend has one,tried it at hers about 2 months back and was waiting for Black Friday to get a deal since then.
Sony have sold over 5 million PSVRs so far,I honestly think they would sell more if they went out to shopping centres and super markets, displayed it and let people try it out.
2nd Dec 2019

Here's hoping my nan will be dead before she realises the mansion in L.A is paid on her account
2nd Dec 2019

Yep.. a game where they learn about old antiques in a hub called pawn..where you learn about all antiques and old money

The other one is Skyrim, resident evil 5, playstation world's, astrobot, everybody's golf.

I don't know which one is better or which one I could sell the games off to recover most money as I don't like some games i.e everybody's golf and doom and Skyrim. I think I should have just just bought the starter pack but Argos deal ends tonight and I rushed.
2nd Dec 2019
If you’re a new credit customer at very you can get £50 off with code PAQ96. I just got the mega pack with 5 games (£209.99) +move controllers (£60) then £50 off so £219.99 delivered
3rd Dec 2019

Damn it what a waste, I knew I should have bought the starter pack and the games I want seperatley.
3rd Dec 2019

Plenty of child friendly games (although they dont recommend using it at sub 12 years old because their brains are still developing). My niece is 8 and I let her use it once in a while and she loves it, however wouldnt advise letting a youngster use it all the time.

best kids games Astro Bot (Basically Mario), Diner Duo (making cakes and burgers) but the best by far is The Playroom VR which she adores 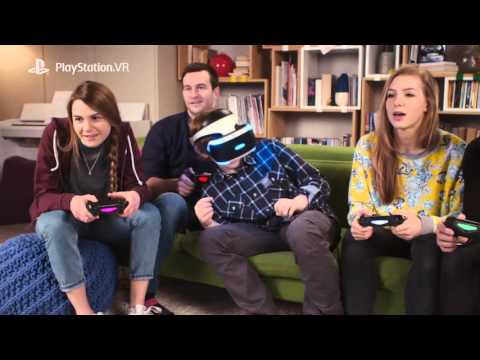