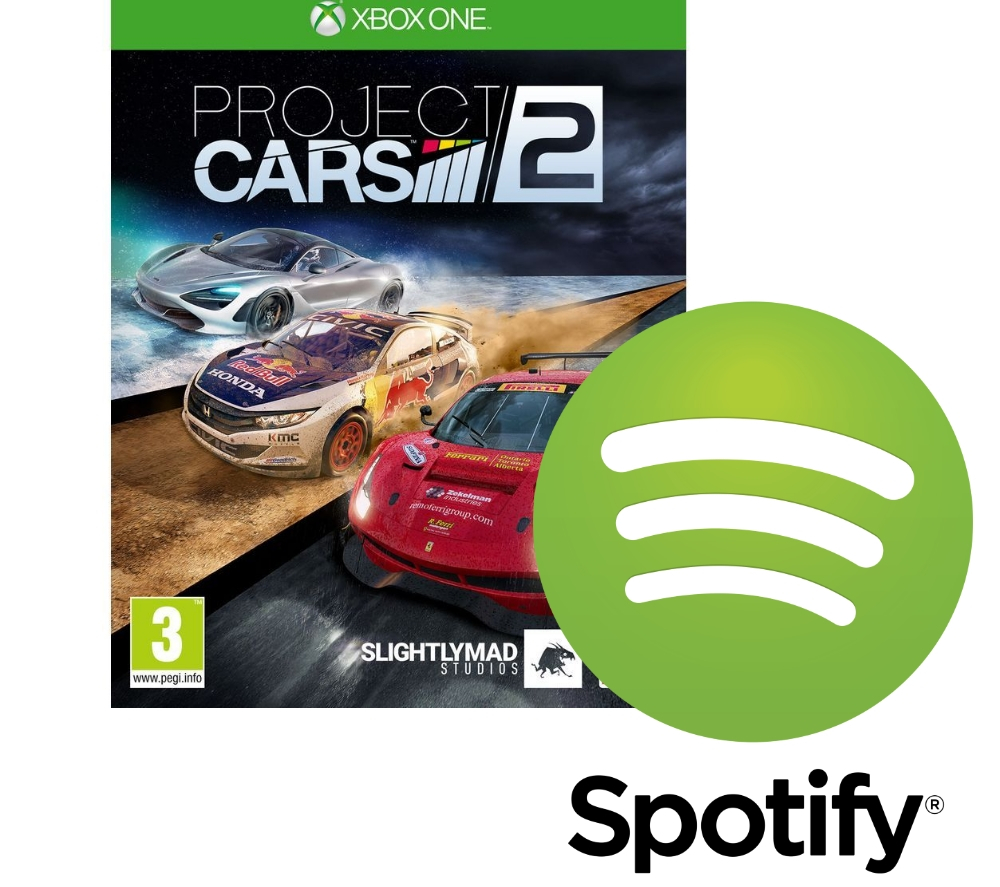 I've just bought this just for the Spotify deal. Most of the Currys Spotify things are over £50, but there are a few games that are less than a fiver delivered.

I bought the game for £4.99, it arrived 2 days later.
I then received the Spotify code 2 days after that via email.
I registered a new email address with Spotify and put in the code.

Seems to be a great deal for 6 months of Spotify Premium - Spotify works so well with Google Home Minis - we have them all round the house.

I know there have been a few mentions of this deal but I couldn't find anything specific, to me I was buying Spotify rather than the game.

Will now either sell the unopened game on ebay or find someone with an Xbox One to give it to!
PostTweetShare Share with WhatsApp Share with Messenger
Community Updates
Currys PC World DealsCurrys PC World discount code
New Comment SubscribeSave for later
Top comments
8th Mar
£5 voucher CEX or £3 cash

uk.webuy.com/pro…s-2
Edited by: "NBargiebargie" 8th Mar
9th Mar
Found this case for £2.97 which you also get the 6 months spotify premium free with also.

Went for this as the games where not in stock to collect. Hope this helps.

Edited by: "the1C3MAN" 9th Mar
8th Mar
Ex-currys employee here, you can buy the majority of items and it'll come with a Spotify premium code for new users. Once you receive the email. Simply pop back in store and return your product.
182 Comments
8th Mar
I am not sure if you can share or is it email restricted the spotfy code but I still have one if anyone wants it just message me as I haven't used it.

Edit: Gone sorry for the poeple that missed out.
Edited by: "Blaat_blaat" 8th Mar
8th Mar

I'll have it
8th Mar

Yes please if that’s alright
8th Mar
If anyone has a spare spotify code ,plz can u share with me.thanks in advance
8th Mar
Bought one thanks. It’s a good deal in my opinion
8th Mar
Great deal, ordered, thanks very much op!
8th Mar
The terms for this deal are all over the place - some things qualify and some don’t. I’m on one code at the moment and I’m due to use my second around August for a full year of free premium.

I think there’s a time limit on when you can redeem the codes this year otherwise I’d get more
8th Mar
I've had premium before anyone tried to see if it works with existing?
8th Mar
Astonishing deal. Bought a couple for a year's worth of sub. Thanks for posting.
8th Mar

You can't stack them so you'll need 2 accounts. Also make sure you can redeem after 6 months
Edited by: "batdroid" 8th Mar
8th Mar

I realise i will need a new email each time. I only bought two because of the concern of the expiry of the offer otherwise i would have been a greedy git like most of the others on here.
8th Mar
I am still trying to get my code from Currys 4 weeks after buying a low price item in the offer.
8th Mar

How do you get the code. As I’m still waiting for my last 6 months one from curry’s. Tried emailing them not getting anywhere
8th Mar

I just got an email after my order acknowledgement email which says here is your code
8th Mar
That's a great deal. Have some heat 🔥
8th Mar
IF you haven't got a code, try going in the store and asking. Take your thing you bought and proof of purchase and tell them you bought it explicitly to get the code and you haven't got one.

That's what I did and the bloke at customer services rooted around in his old receipt box and gave me two codes on the spot.
8th Mar
£5 voucher CEX or £3 cash

I had the same problem but was able to fix it. Just call customer services on 0344 561 0000 give them the details of your purchase and they will arrange for the code to be emailed to you.

8th Mar
Really good game as well, Curry's have devalued it by giving it away free with every bundle!
8th Mar
Mine worked on my spotify account I had from a few years ago.
8th Mar

The games going into the charity shop!
8th Mar
I have the order and the "processing " with a receipt. I don't have a code though. I called up CS and they said I won't get the code until 14 days after putchase. That sounds like BS to me reading other people's experiences....did you get it in a separate email to the order acknowledgement?
8th Mar
On another note it seems that it's on all games, got Anthem on PS4 for £6.
8th Mar

The games going into the charity shop!

It's a lot better if you change the handling settings. Have a look on youtube if you think it might be better with better handling
8th Mar

The code came through via the email I used to order. It came through 2 days after delivery (although it did state on the order that it could take up to two weeks).

The Email came from: customerupdate@e.currys.co.uk (if that helps you to search junkmail etc?)

The Subject Line was: Remember to claim your Spotify Premium pass!

I didn't try an existing account, I just created a new email address and it worked straight away. I haven't bothered but I think you can share playlists from old accounts.
8th Mar

When ordering, it did say within 2 weeks. Have you received the product yet?

My code came a couple of days after the product.

8th Mar
I got a code in currys. Created a Spotify account and tells me I'm not eligible for the offer even though I've never had Spotify. Used chat to contact Spotify and found them useless. Good offer if you can actually get it to work.
8th Mar

Did you use the currys link to put the code in?

Worked straight off for me, try another email address and see if it works on that account.

Sounds like the code from currys is perhaps duff. Will they provide another? Was it an instore or online purchase?
8th Mar

Good to know. Got impression reading some comments here that I'd get it within minutes but if it's a few days or 2 weeks then fine. Cheers.
8th Mar
I bought this previously and the code never worked, due to me taking up an offer with spotify in the past, I also tried my spare account and it would not go through. So I made a new account and that did not accept the code either as the website didnt allow me to add my PayPal. Contacted spotify and they said this is because I dont quality. Honestly good if you can get it to actually work. I wonder if anybody else has had similar issues
8th Mar

Probably worth using a different payment method as they are probably linking you via your paypal account to your existing accounts.


Edit probably worth signing up in an ingognito tab as well to ensure cookies aren't preventing it.
Edited by: "nbuuifx" 8th Mar
8th Mar
If anyone had a code to share I’d appreciate one thanks
8th Mar
Btw this deal first included Tekken 7 as well for the same price. Curry prob had so many of these games in stock
8th Mar
Good luck getting the Spotify code from this retailer
Edited by: "mutav" 8th Mar
8th Mar

Good luck getting the Spotifycode from this retailer

Why? They are a reputable retailer. I got mine through within a few days. Plenty of Currys Spotify codes for sale on eBay too, so plenty of people must be getting them!
Edited by: "nbuuifx" 8th Mar
8th Mar