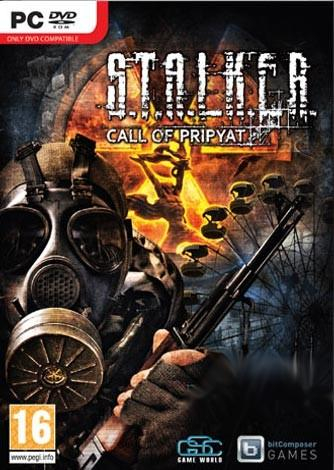 Cannot comment on the actual game, as don't own nor have i ever come to play this. Seems a great price and cheapest around.

The creators of the award winning S.T.A.L.K.E.R Shadow of Chernobyl and S.T.A.L.K.E.R Clear Sky are proud to present their latest installment, STALKER Call of Pripyat.

A highly contaminated area known as the “Zone” has been cordoned off by military authorities after an explosion gave rise to strange local anomalies. Paramilitary mercenaries and fortune hunters, the “S.T.A.L.K.E.R.s” risk their lives to trade valuable artifacts found in the area. The Ukrainian military have sent in an advance party of five helicopters to scout the area and gain control, not a single one has returned…

You play the role of secret agent, Alexander Degtyarev, operating under cover as a “S.T.A.L.K.E.R”; you must enter the Zone and discover what’s happened. Game Features

Experience the photorealistic, recreated areas around the Chernobyl reactor.
Explore three vast areas: the Pripyat River basin, Jupiter industrial complex and the city of Pripyat.
Extensive open game world where every action has a reaction.
A thrilling background story with over 70 side-quests.
PostTweetShare Share with WhatsApp Share with Messenger
Community Updates
The Game Collection DealsThe Game Collection promo code
New Comment SubscribeSave for later
12 Comments
16th Oct 2012
great game
16th Oct 2012
great games. check out moddb.com for mods to upgrade the graphics too.
16th Oct 2012
Great game I second getting the mods.
Personally I found complete mod did pretty much everything I wanted.
16th Oct 2012
This a physical DVD or D/L?
16th Oct 2012
im interested in trying this, cheers op

They're the only ones...

I liked the three main stalker games, especially the ones set in chernobyl
Edited by: "Maevoric" 16th Oct 2012
16th Oct 2012
This is a great games especially when using the complete mod which fixes bugs and improves graphics

moddb.com/mod…009
16th Oct 2012
There is the Josh Stone focussed Devon based Stalker game. Its not a video game though.
16th Oct 2012
Seriously though thanks OP this is a good deal.