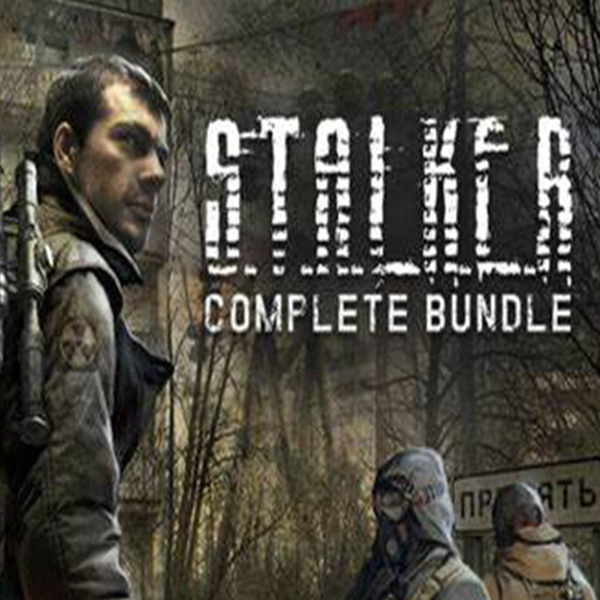 This bundle includes the following:


S.T.A.L.K.E.R.: Shadow of Chernobyl - In 1986, the world's worst nuclear disaster occurred at the Chernobyl power station. Soviet authorities established a 30km 'Exclusion Zone' around this nuclear wasteland, but in 2006 a second explosion rocked the stricken reactor, obliterating all living things and causing the Zone's boundaries to ripple outwards. From this epicentre came waves of mutated creatures, deadly radiation, and strange, anomalous energy. The Zone was cordoned off by the military, who would shoot on sight anyone foolish enough to brave the horrors within.

It is now 2012 - the man has ventured further and further into the heart of the Zone driven by reports of strange 'artefacts' imbued with anomalous energy. Mercenaries and bounty hunters compete to recover these artefacts, which command extortionate prices on the black market. Others seek to find the truth behind the Zone, while some merely revel in the desolate lawlessness of the place. Whatever their motivation, over time these individuals - Scavengers, Trespassers, Adventurers, Loners, Killer, Explorers, and Robbers - have become known as S.T.A.L.K.E.R.s.

S.T.A.L.K.E.R.: Clear Sky is set in 2011, one year prior to the events of the original S.T.A.L.K.E.R. game. A group of stalkers, for the first time, reaches the very heart of the Zone-the Chernobyl Nuclear Power Plant-and triggers a cataclysm on the brink of a catastrophe. An immense blast of anomalous energy transforms the Zone: the once reliable and relatively safe roads are no longer so, the landscape is wiped clean by outbursts of anomalies, and previously unknown areas appear on the Zone map. Stalkers and expeditions perish or end up isolated within the lost territories.

What new challenges await stalkers within the depths of the new zone? Why do anomalous outbursts continue to rattle the Zone, and what can be done to stop them? Which faction will take the upper hand in the Factions War?

These and many other questions will be answered in the official prequel - S.T.A.L.K.E.R.: Clear Sky.

S.T.A.L.K.E.R.: Call of Pripyat takes PC gamers once again into the vicinity of the Chernobyl nuclear reactor that exploded in 1986. This so-called "Zone" is a highly contaminated area cordoned off by the military and now is combed through by the so-called stalkers, modern fortune hunters, in search of unique artifacts. In the role of Agent Alexander Degtyarev, who is dressed up as a stalker, the player has to investigate the mysterious disappearance of five military helicopters and thereby stand one’s ground against the various stalker groups.
PostTweetShare Share with WhatsApp Share with Messenger
Community Updates
Gamivo DealsGamivo Discount Codes
New Comment SubscribeSave for later
10 Comments
29th Mar
One of my all time favourites.
29th Mar
Shadow of Chernobyl is my favourite. Still playing:) love it!
29th Mar
3 of the best FPS's ever made imho.
Full of atmosphere and have a real lived in feel.
Some of the mods are fantastic to making things even creepier and more realistic.

Shame they cant remake these using a modern engine and without the bugs!
29th Mar

They actually are bringing it to life;) very soon
29th Mar
You should try them with the Complete mod.
30th Mar
£4.30 with the code for me. Still a good deal, but I'm wondering why discount is different for different accounts. 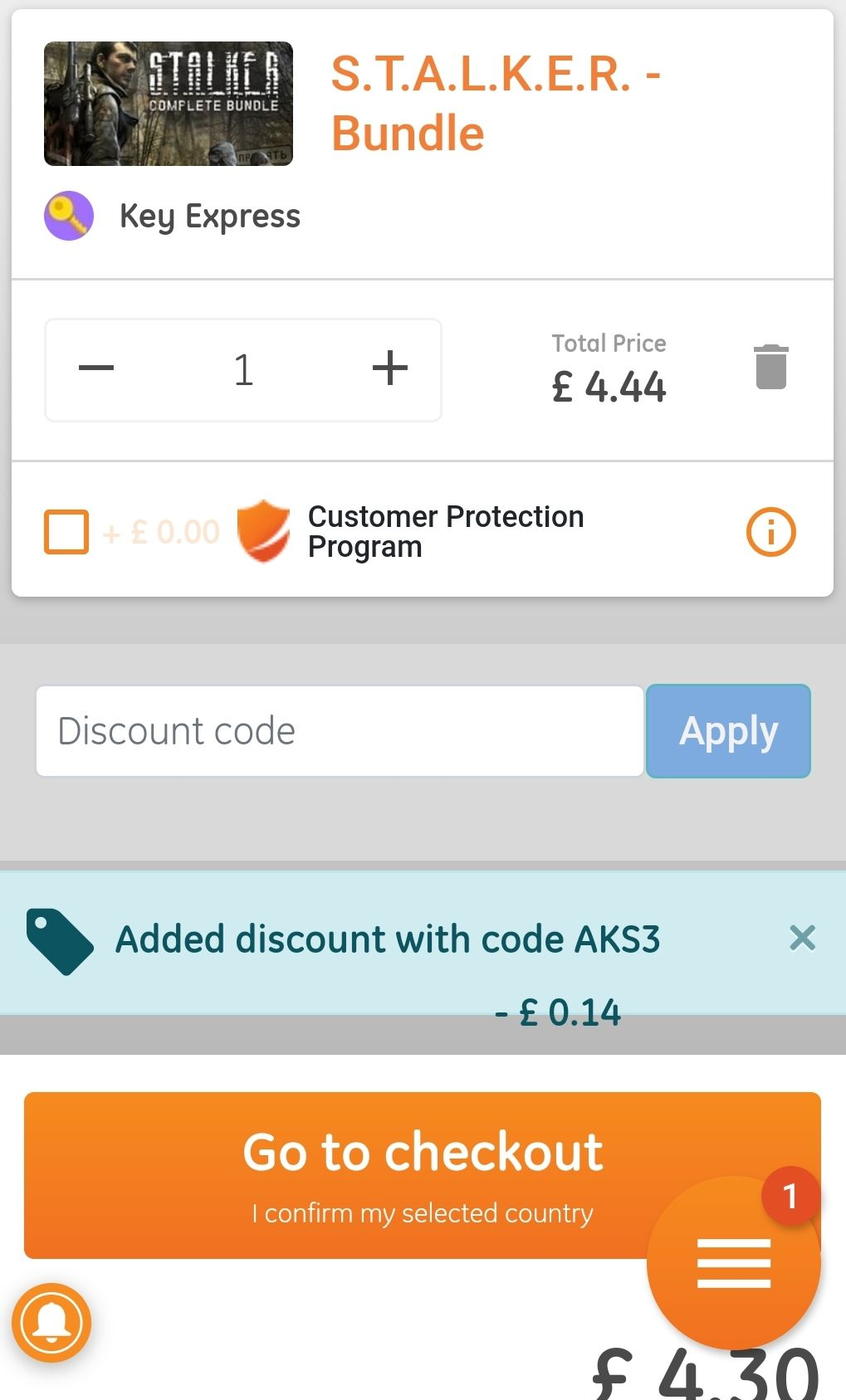 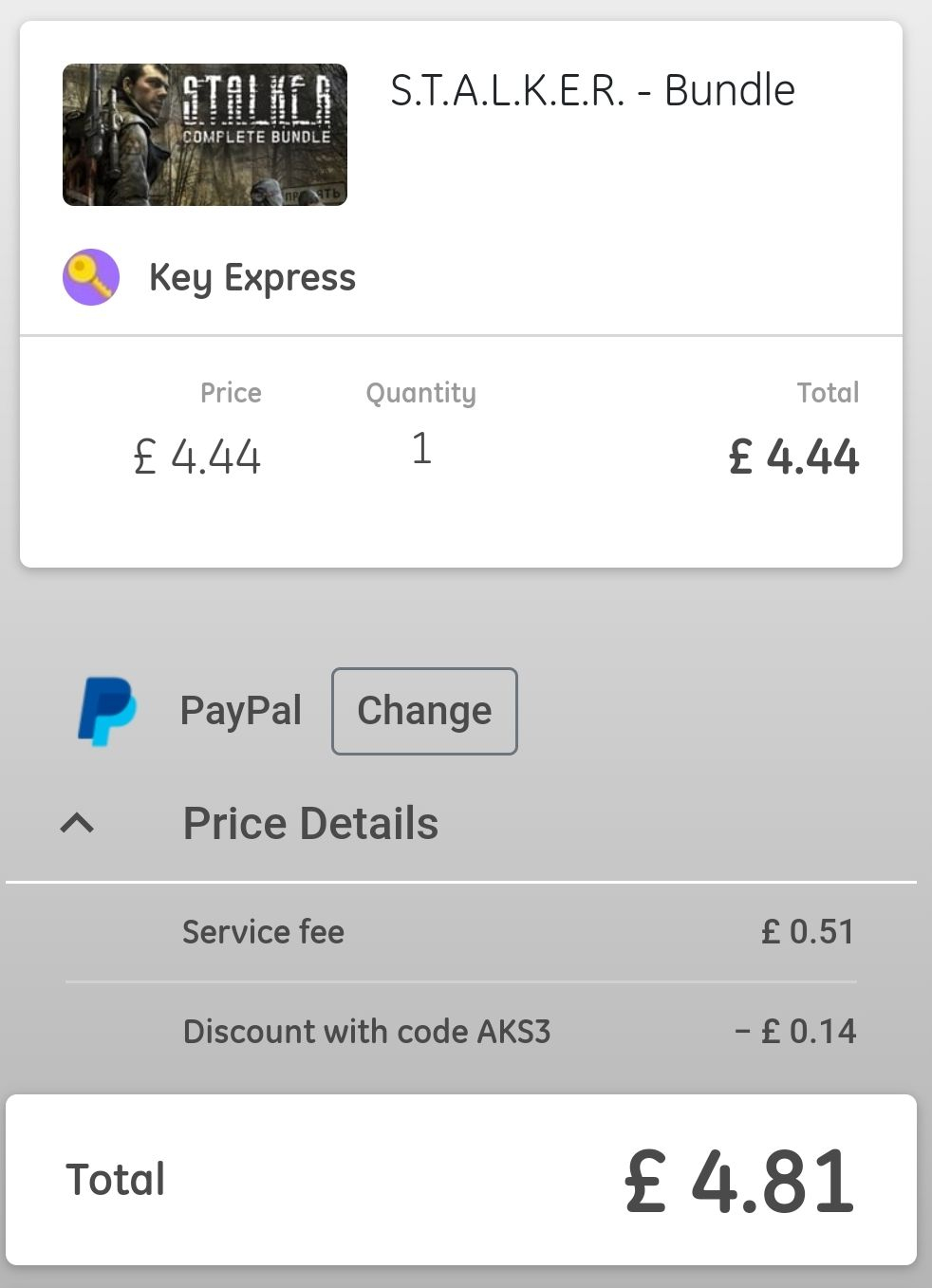 Could be a great deal with announced price. But not like that. I hate price rising for no reason at the checkout.
Edited by: "KudzoSt" 30th Mar
30th Mar

You selected the wrong Merchant.

Thank you!
Never used Gamivo before and didn't know that it's possible to change merchant.
Bought the bundle to the collection.
31st Mar
Highly recommend call of pripyat with the call of Chernobyl mod for any stalker veterans out there
5th Apr
Good deal thanks for sharing.

1. Do I have to install gog? Or can I add the key to stream and download it from there?
2. Can anyone recommend the best way to play the games. Haven't played before and don't want to finish the games and find out there are more I should have installed that would improve the graphics etc. Complete mod? Call of Chernobyl mod?