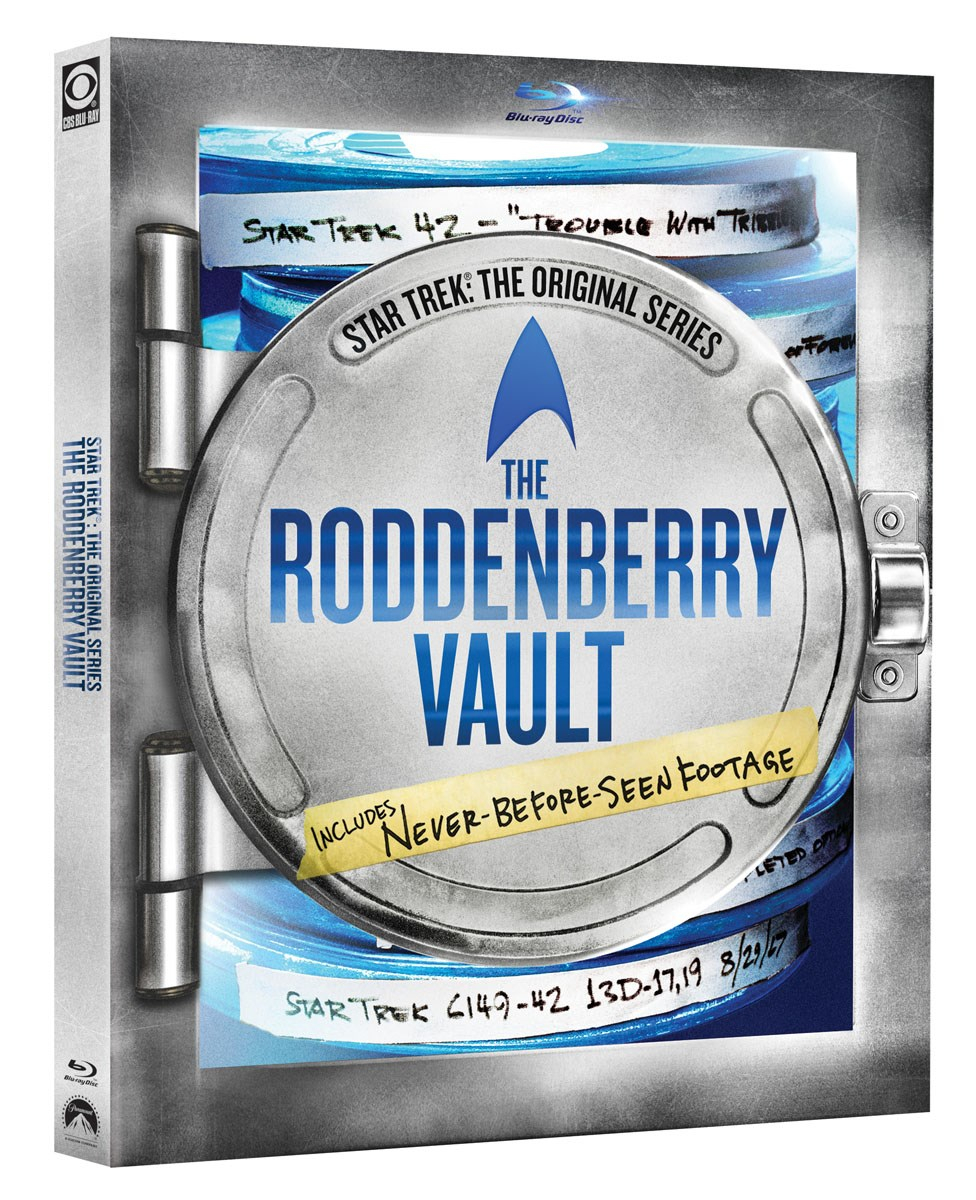 Yes, I know this is niche but it's a fab boxset for any Star Trek fans wanting to see previously unseen footage and some old episodes..
STAR TREK: THE ORIGINAL SERIES – THE RODDENBERRY VAULT


In honor of the show’s 50th Anniversary - this three-disc Blu-ray gives fans unprecedented access to never-before-seen footage from the production of Star Trek: The Original Series.


During the shooting of Star Trek, bits and pieces of episodic footage were left on the cutting room floor and later preserved in film canisters by The Roddenberry Estate. This footage now found, has been painstakingly catalogued, transferred, analyzed, and pieced together these Vault materials, which include alternate takes, deleted scenes, omitted dialogue, outtakes, and original visual FX elements.


Each of the set’s three discs feature documentaries that weave together the previously unseen Vault materials with all-new interviews by key creative and production personnel and famous fans. The three new documentaries exploring the “making of” the celebrated series and its enduring legacy are:


• Inside The Roddenberry Vault: Rod Roddenberry introduces viewers to the discovery of his father’s long-lost Star Trek film reels. With footage from each of the 12 episodes, this three-part special feature offers a guided exploration into the historical significance of the newly discovered material through new interviews with dozens of Star Trek alumni and historians.


• Star Trek: Revisiting A Classic: Offers a look back at the origins of the iconic series, including glimpses of life on the set with new interviews featuring guest stars, directors and production personnel.


Giving fans access to even more fragments of unseen footage and omitted dialogue from the groundbreaking series is a collection of Vault materials entitled Swept Up: Snippets from the Cutting Room Floor.
Disc One:


• NEW! Inside the Roddenberry Vault (Part 1)


• The Devil in the Dark


• The City on the Edge of Forever


• Who Mourns for Adonais?


• The Trouble With Tribbles


- NEW! Audio Commentary by David Gerrold and David A. Goodman


• NEW! Inside the Roddenberry Vault (Part 3)


• NEW! Swept Up: Snippets from the Cutting Room Floor
Thanks to @alg below for the spot
PostTweetShare Share with WhatsApp Share with Messenger
Community Updates
HMV DealsHMV promotional codes
New Comment Subscribe Save for later
Top comments
3rd Apr
SIGNUP10 gives 10% off first orders
9 Comments
3rd Apr
LLAP🖖
3rd Apr
I thought this was a particularly large tub of Philedelphia.
3rd Apr
Some Shatner, perfect antidote to Discovery.
3rd Apr
SIGNUP10 gives 10% off first orders
3rd Apr
Original series has always been the best
3rd Apr
Cheaper at HMV? store.hmv.com/sto…lus
Edited by: "alg" 3rd Apr
3rd Apr
I got the first series on HD-DVD. I'm not sure if the audio was updated though. The visual effects certainly were improved.

It was only £5, and I'm not sure it's worth spending again.