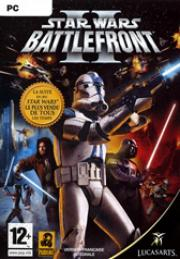 Description
With brand new space combat, playable Jedi characters, and over 16 all new battlefronts, Star Wars Battlefront II gives you more ways than ever before to play the classic Star Wars battles any way you want.

Hope it helps someone.
PostTweetShare Share with WhatsApp Share with Messenger
Community Updates
GamersGate DealsGamersGate voucher codes
New Comment SubscribeSave for later
9 Comments
9th Jun
This and the first one were my favourite games growing up good memories
9th Jun

My top 3 will probably be:
This
Midnight Club 3
Splinter Cell Chaos Theory

Just for the late night/early morning versus modes we had before onlineness happened.
9th Jun
Not bad Bf1942 alternative
9th Jun

‌ ‌
9th Jun
Does it still have online? I heard they put the servers back on a few years ago. Amazing game.
9th Jun
I still play this now- excellent game. I just can't win Endor playing as an imperial though!
10th Jun
Initially thought this might be the latest Battlefront II version but this is the original 2005 version. It is still a very good game and a 'must have' for any Star Wars fan.
11th Jun
If you want the best star wars game ever, this is it!
Buy this and create a Game Ranger account for fantastic multiplayer fun
11th Jun
Thanks, I've been keeping an eye out for a good deal - now I have some fun for lockdown!