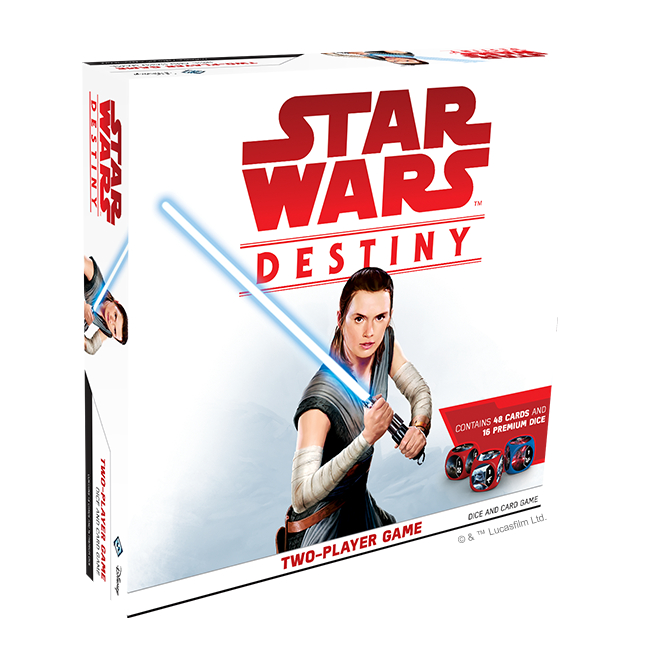 £8.55£9.9514%Magic Madhouse Deals
11
Get deal*Get deal*
11Get deal*Get deal*
Posted 4th May
Had to do a Star Wars deal today
Note, this is the old Destiny starter set.
£1 more than last time but still a fair bit cheaper than anywhere else and plenty back in stock.
I really like this 2 player game and the stock of the old stuff can be picked up pretty cheap and for most people won't make much difference.
NBP is Amazon (actually Magic Madhouse but FBA so price is with prime). 7.2 on BGG

Product Description
Captain Phasma and Dengar battle Obi-Wan Kenobi and Ezra Bridger in the Jedi Temple on Coruscant. Jabba the Hutt and Jango Fett attack Rey and Finn as they pass through the frozen wastes of Starkiller Base. Play out your own epic, saga-spanning, “what if” battles in Star Wars™: Destiny, a collectible dice and card game for two players!

In every game of Star Wars: Destiny, you’ll gather your small team of iconic characters and battle to defeat your foes, using your dice and the cards in your deck. The last player with characters left standing wins the game, but to successfully outmaneuver your opponent, you’ll need to carefully consider your options and enhance your deck with new dice and cards. If you ever wondered who would win a duel between two teams of heroes and villains from the Star Wars universe, there’s no better way to find out than with Star Wars: Destiny.

Take control of your favorite Star Wars™ characters and decide the fate of the galaxy! Upgrade your heroes and villains with iconic blasters, lightsabers, Force powers, and more. Use premium dice and cards in a fast and furious duel to defeat your foe! This product contains all the dice, cards, and tokens needed for two players to start playing Star Wars: Destiny!
PostTweetShare Share with WhatsApp Share with Messenger
Community Updates
Magic Madhouse DealsMagic Madhouse voucher codes
New Comment Subscribe Save for later
11 Comments
4th May
Was edited to the incorrect price, I've edited it back again. It's 5.95 + 2.60 = 8.55
4th May
Good value for what you get. I've had a few fun games playing this.
4th May

Good value for what you get. I've had a few fun games playing this.

It's great and relatively simple to understand once you get your head round what an 'action' is.
The older booster packs can also be had pretty cheap if you look round for them to get some additional cards.
4th May

Is there any expansion packs worth picking up with this? Thought I could save a bit on postage perhaps if that’s the case
4th May

It really depends, there are booster packs that add to it but you don't know what you are going to get in them. There are also specific character starter packs as well. If you are only going to play it casually then probably get a character starter pack you like the look of? This one come with basic versions of rey and kylo ren (I think, from memory)
4th May
Booster box for e.g. magicmadhouse.co.uk/fan…wcB
4th May

Cheers! My kids would love opening that 😁 I’m really just wanting to see if it’s something my youngest could get in to. I’ll have a look at the starter packs
4th May

Edit: I might be wrong on that actually.
Edited by: "jayhutton10" 4th May
4th May
I was just thinking to myself what's with all these bloody star wars deals then realised the date
5th May
Thanks - ordered. Ended up also getting Stellar to get free delivery
5th May

You are welcome. Seems a completely reasonable thing to do if it gets you free shipping