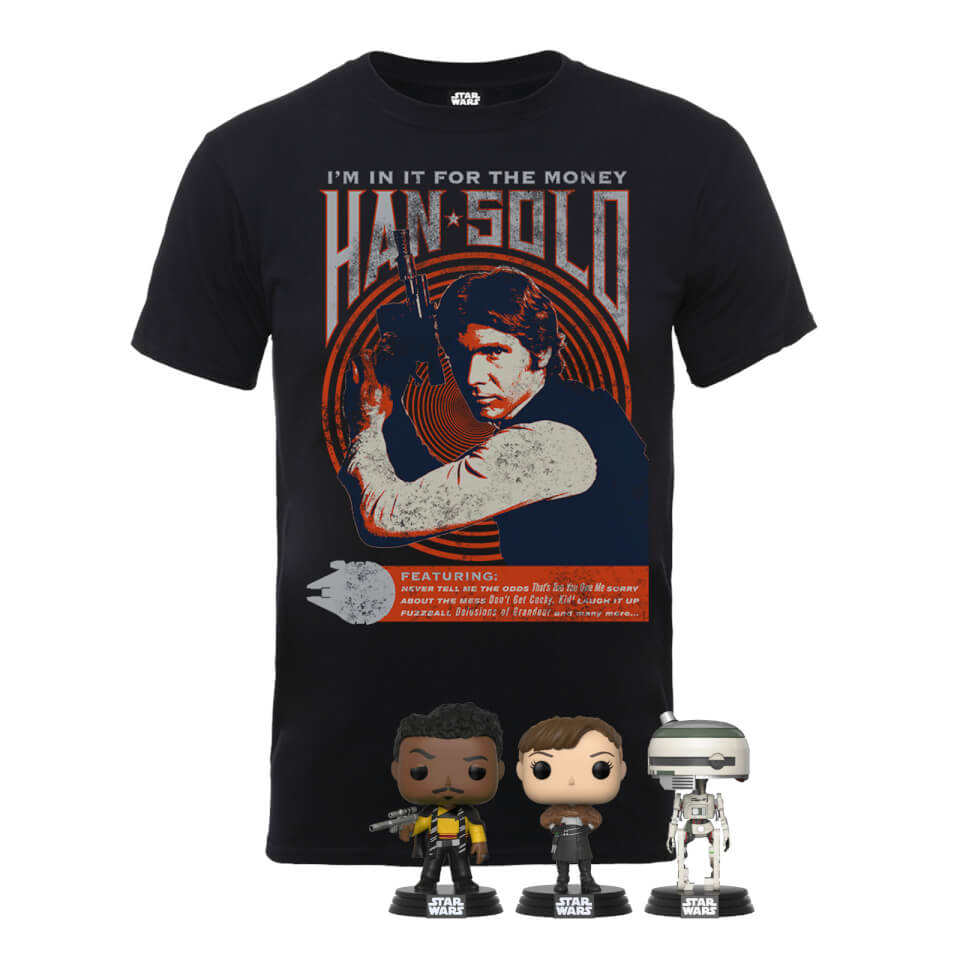 Solo: A Star Wars Story was divisive, some liked it and some hated it, but one thing is clear — Han Solo is the coolest film character of a generation. Get the t-shirt in any size, from kids and women's sizes to 5XL. You will also receive three POP! figures that featured in Solo, specifically Lando Calrissian, the flight droid L3-37, and Qi'ra — Han's love interest in the early days.

"Grab a piece of the smuggler lifestyle with this awesome Star Wars: Solo bundle!

Containing an official Solo T-shirt, and three of your favourite characters from the Star Wars universe, this is everything you need to decorate your Corellian transport (or home) to be fit for a smuggler extraordinaire! 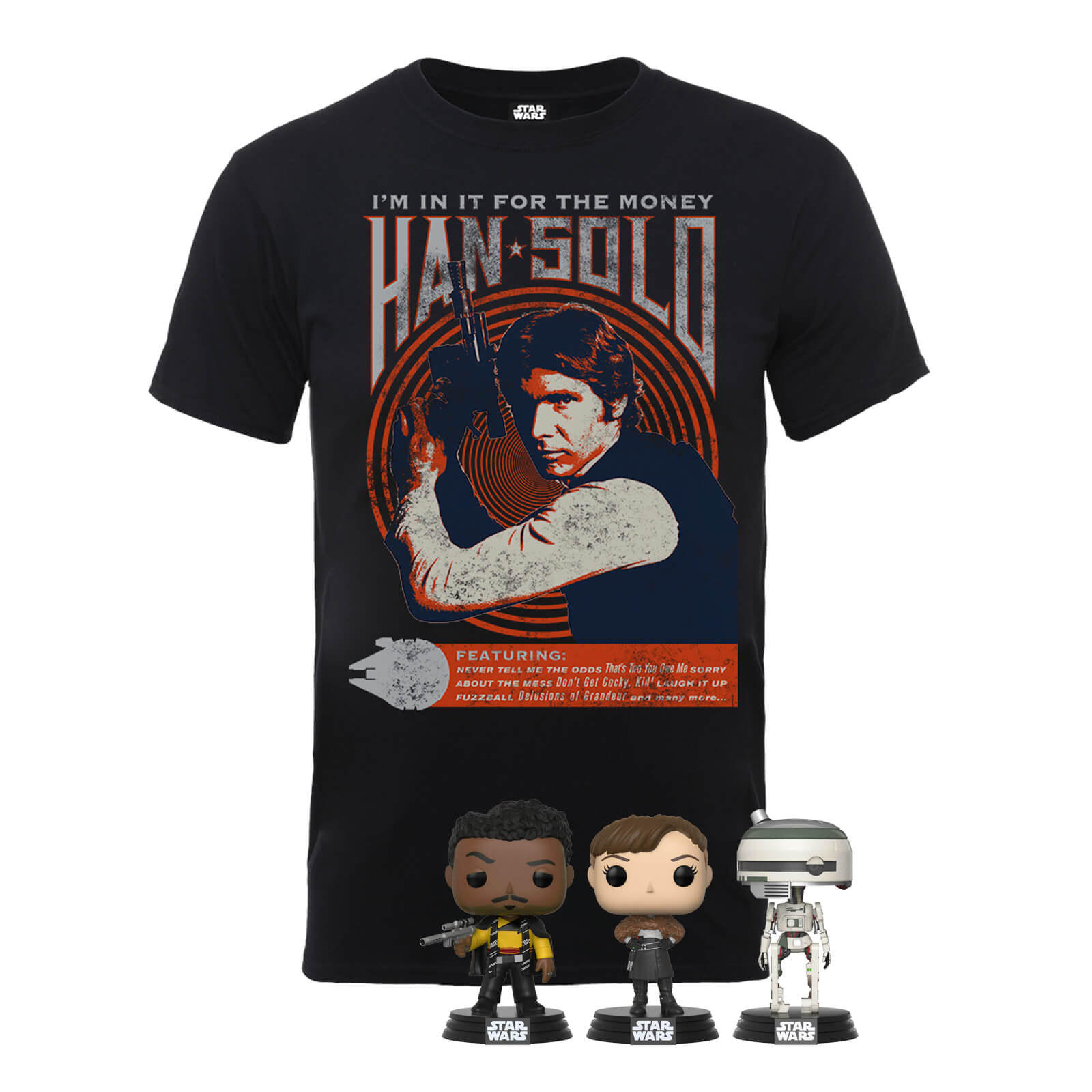 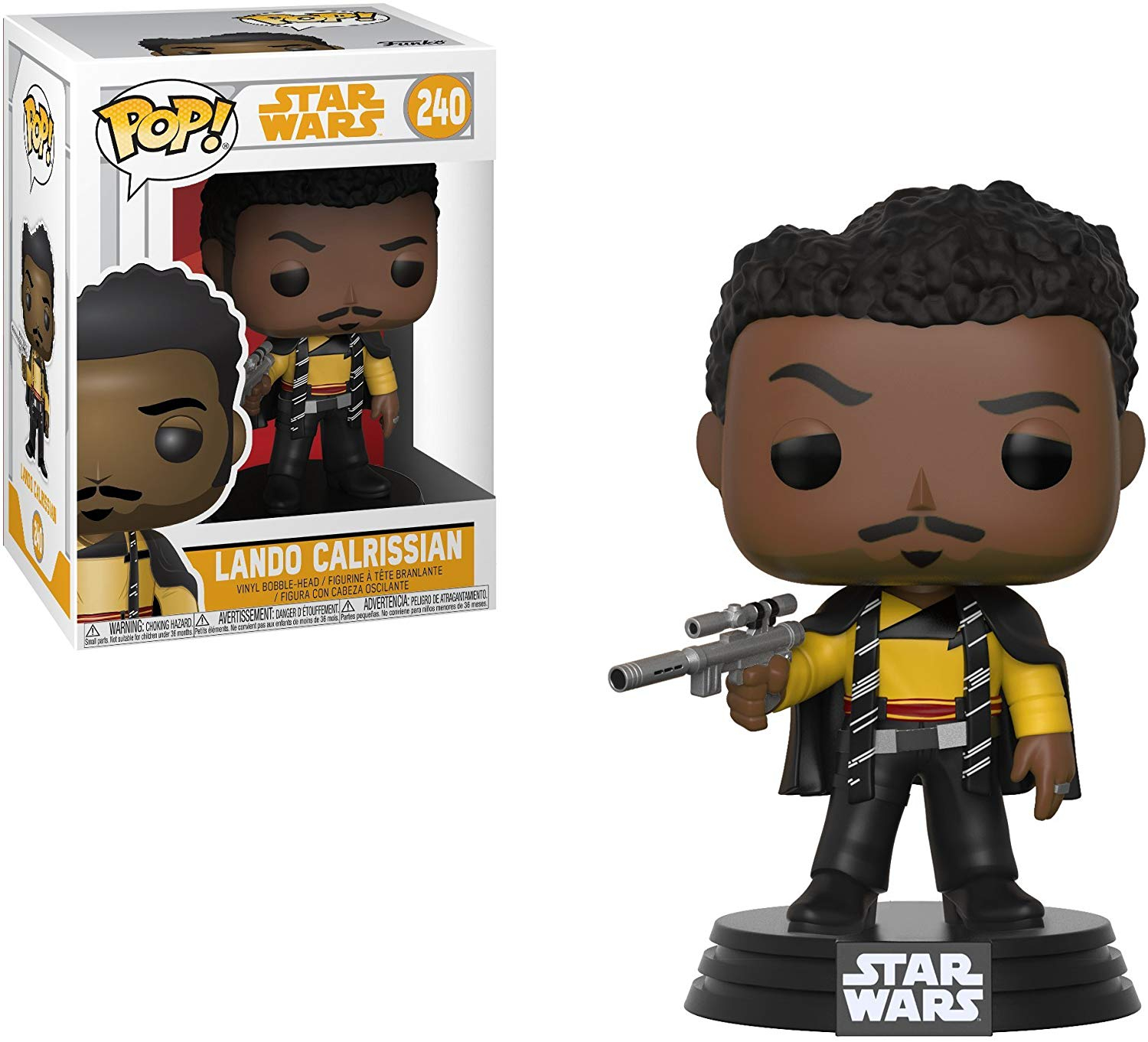 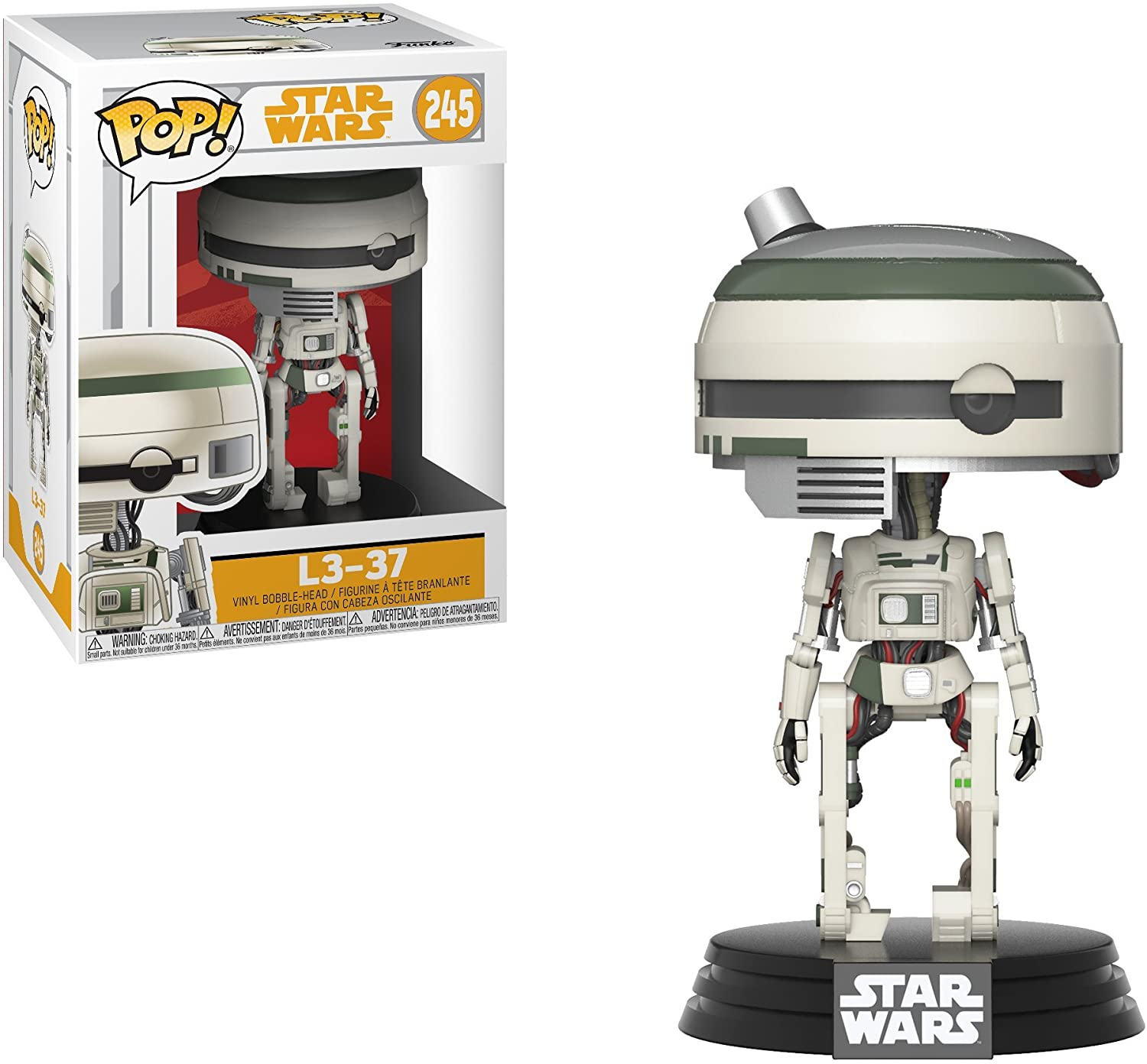 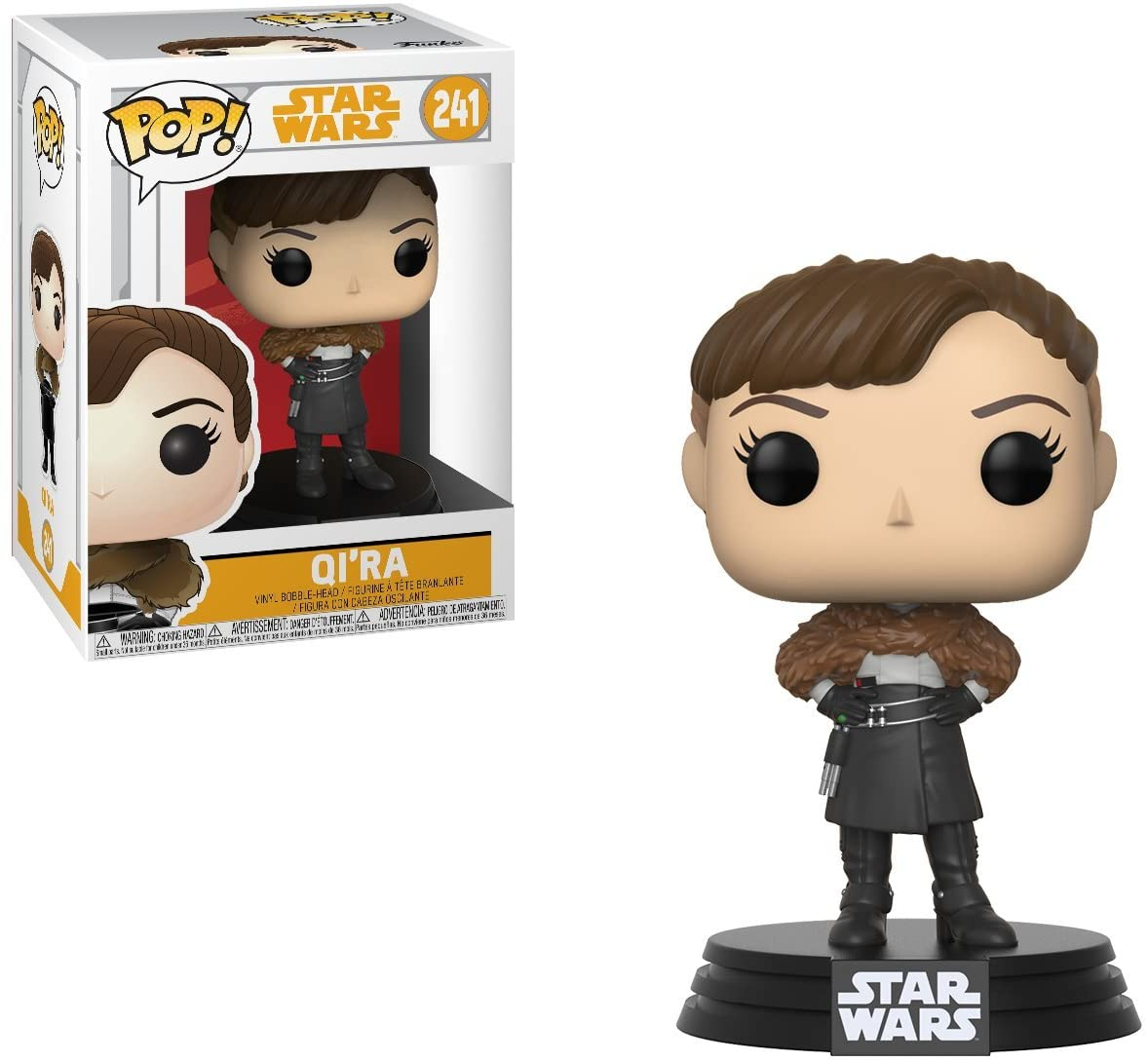