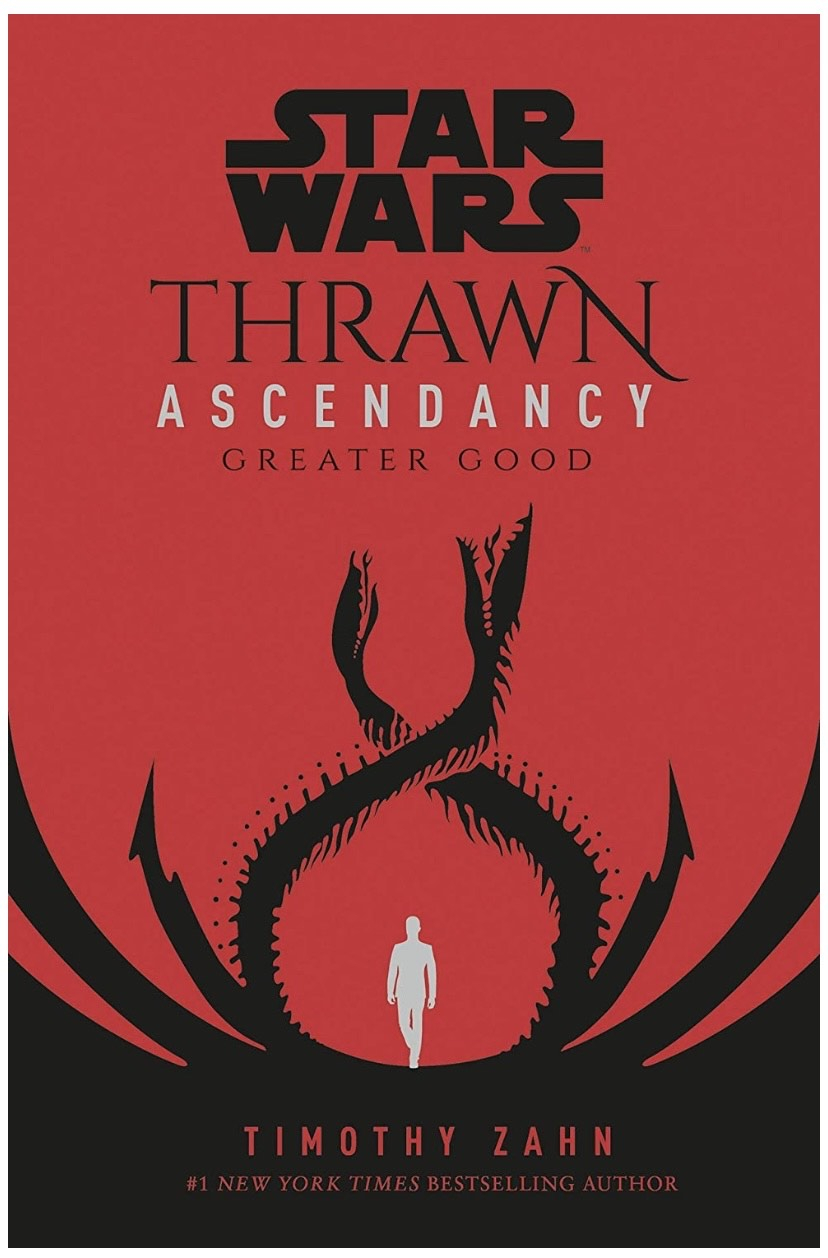 I read the first of the series when it came out. As a big fan of the Star Wars extended universe this really hit home for me. Been looking forward to the next instalment and it’s almost here!

Product Description
Thrawn and his allies race to save the Chiss Ascendancy from an unseen enemy in the second book in the epic Star Wars: Thrawn Ascendancy trilogy from bestselling author Timothy Zahn.

Thrawn's latest triumph still rests newly on his shoulders. He has led the Chiss to victory and brought glory to the House of Mitth, but the true threat to the Ascendancy has not yet been extinguished. Their foes do not send threats or ultimatums, do not mass ships on the edge of the Chaos. Their weapons come cloaked in smiles and generosity: Gifts offered freely. Services granted unconditionally.

Across the Ascendancy, seemingly inconsequential events could herald the doom of the Chiss. As Thrawn and the Expansionary Defense Fleet rally to uncover the plot, they discover a chilling truth: Rather than invade Chiss capitals or pillage resources, their enemy strikes at the very foundation of the Ascendancy, seeking to widen the rifts between the Nine Ruling Families and the Forty Great Houses below. As rivalry and suspicion sow discord among allies, each warrior must decide what matters most to them: the security of their family or the survival of the Ascendancy itself.

About the Author
Timothy Zahn is the author of more than forty novels, nearly ninety short stories and novellas, and four short-fiction collections. In 1984, he won the Hugo Award for Best Novella. Zahn is best known for his Star Wars novels ( Heir to the Empire, Dark Force Rising, The Last Command, Specter of the Past, Vision for the Future, Survivor's Quest, Outbound Flight, Allegiance, Choices of One, and Scoundrels), with more than four million copies of his books in print. Other books include the Cobra series, the Quadrail series, and the young adult Dragonback series. Zahn has a B.S. in physics from Michigan State University and an M.S. from the University of Illinois. He lives with his family on the Oregon coast.
PostTweetShare Share with WhatsApp Share with Messenger
Community Updates
2 Comments
Post a comment