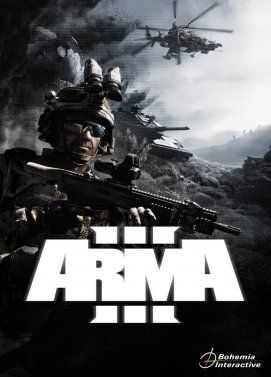 Experience true combat gameplay in a massive military sandbox. Deploying a wide variety of single- and multiplayer content, over 20 vehicles and 40 weapons, and limitless opportunities for content creation, this is the PC’s premier military game. Authentic, diverse, open - Arma 3 sends you to war.


Defeat your enemy on a richly detailed, open-world battlefield – stretching over 290 km² of Mediterranean island terrain. From expansive cities to rolling hills, whether steamrolling your tank across the dusty plains, flying a transport helicopter over the dense forests, or waging asymmetric warfare from the rocky hills, the islands of Altis and Stratis are dynamic worlds, which lend themselves to the most varied engagements in gaming.


Head into combat on foot, drive armored vehicles, or take to the skies in helicopters and jets. Conduct a combined arms attack over air, land, and sea, with over 20 vehicles to drive and pilot, 40+ weapons to pick from, customizable loadouts with short- and long-distance attachments, and various types of gear to suit your needs on the battlefield. With a massive arsenal at your disposal, Arma 3 moves you into a world of tactical opportunities.


Follow the story of Ben Kerry, a soldier who gets caught up in a Mediterranean flashpoint, across three gameplay-driven campaign episodes: Survive, Adapt, Win. Immerse yourself in Arma 3’s diverse gameplay by completing the focused showcase scenarios. Run through the competitive firing drills to hone your shooting and movement skills, and complete your training by signing up to Arma 3 Bootcamp, which features SP and MP tutorials, and a dedicated Virtual Reality practice environment.


Fight online in the massive military sandbox that is Arma 3. Form a squad and team up against your enemy in the official Defend and Seize multiplayer scenarios. Or jump into one of the many popular unofficial game modes developed by the Arma 3 community. Experience a new form of multiplayer in Arma 3 Zeus, where Game Masters have the ability to influence the battlefield of other players in real-time.


Start creating your own experiences with Arma 3’s intuitive scenario editor and powerful modding tools. Enjoy a platform filled with player-created content, ranging from custom weapons and vehicles, to intense singleplayer scenarios and entirely new multiplayer game modes. Share and discover content on the Arma 3 Steam Workshop, which lets you install player-created content with a click of a button.

Some of the mods are games within themselves i.e. Antistasi.

If you think Ghost Recon is too easy then this game is for you.

The main downside is the old engine it runs on but still a great game.
14th Jan 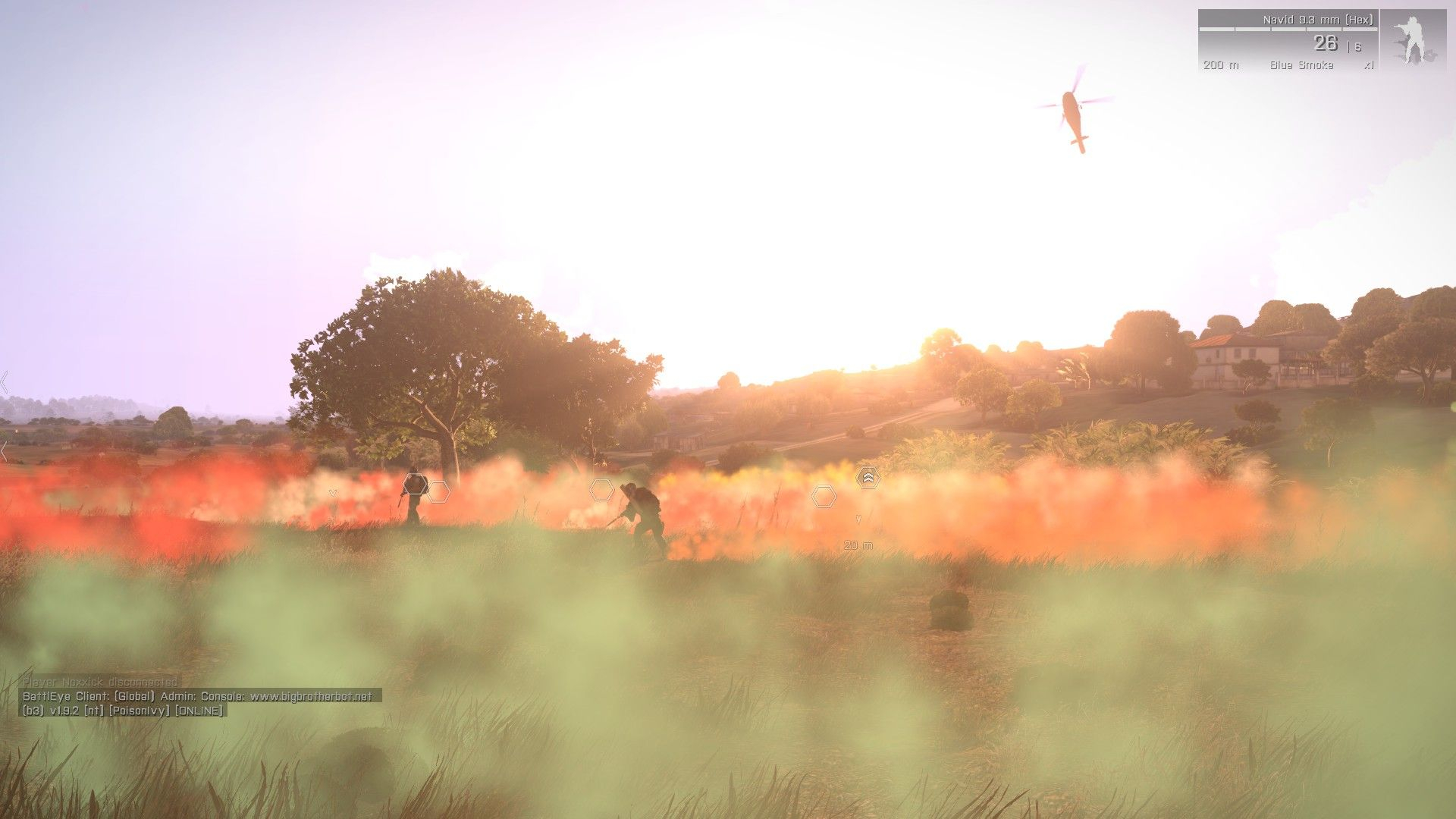 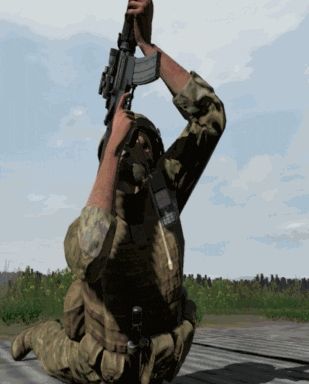 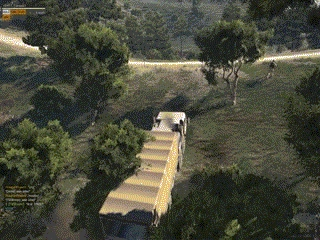 But don't let that put you off. These issues just make it a laugh.
14th Jan

I see nothing out of the ordinary here.
14th Jan
I had a go of Squads a couple of months back and found it too realistic and dull. How is this different to that?
14th Jan

I see nothing out of the ordinary here.

‌
14th Jan
I'd like to try this but I think I'd be way out of my depth. How do you even get good at a game like this that's been out for so long? Presumably everyone is really good at it? Is there a tutorial or something or a way to practice with people that are just starting out?
14th Jan
A few vids for peeps 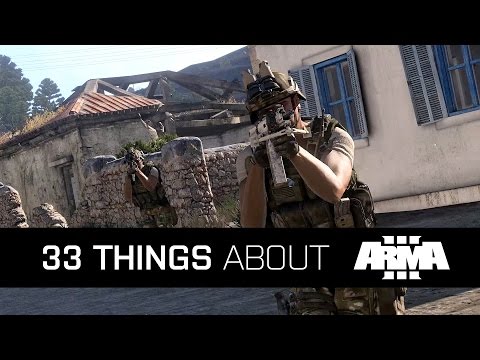 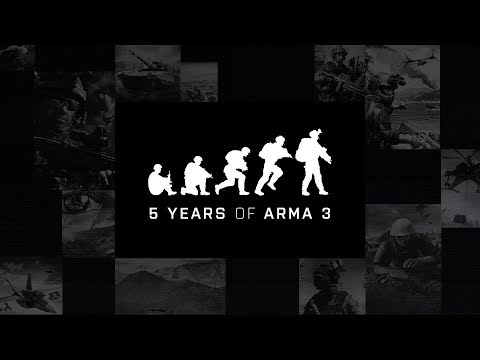 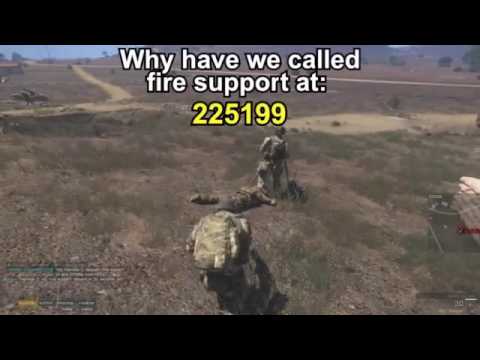 Play the story. It talks you through most things.

It's not an online competitive FPS game although I'm sure there will be mods for things like that.
14th Jan

The story mode is obviously against AI but there are almost endless amounts of mods that allow players to do whatever they like in the game. There is even a mod called 'LIFE' where you can sort of play real life roles i.e. AA vehicle repair man, mercenary, drug dealer, police officer, paramedic etc etc.

What people don't realise is there is so much content for this game, largely user created, it's nuts. It's pretty much a game that was made by Bohemia Interactive that players have made into their own games as well.

The story mode is really good though as a starting point. You'll get skills from that to then take you into other ways of playing the game.
14th Jan
Thanks for the reply
14th Jan

Thanks for the reply

A friend and myself played a mod called Antistasi recently.

You start off as rebels with nothing and have to conquer the whole map to win while at the same time protecting your leader at your base. It's very difficult and will take months but its very fun. I would recommend checking it out once you've got some skills down.
14th Jan
Thanks, what GPU do you have?
14th Jan

Id say arma was more realistic but certainly not dull. I played the squad free week/weekend and ended up coming back to arma. I highly recommend CodeFourGaming KOTH custom servers for something a little less realistic but a lot of fun (200+ hours on those servers), usually quite busy so may take a little while to join (if it say 95/100 players then wait till under 95, the last 5 are reserved for players who support the CFG server), again not as long as it takes to join a squad game though.
14th Jan

Thanks, what GPU do you have?

I need the extra power because I play 1440p ultrawide.
14th Jan

deleted2385492
15th Jan
man this game is buggy as hell
but i love it
15th Jan
Thanks for the replies, think I'll check it out! Sorry I was under the impression it was some sort of competitive multiplayer game like battlefield.
15th Jan

Nope. It's a proper mil sim.
17th Jan
John_Chapmank5I:
Thanks for the replies, think I'll check it out! Sorry I was under the impression it was some sort of competitive multiplayer game like battlefield.

ArmA is a consumer grade spinoff of Bohemia's VBS infantry training system. As such it's a weird mix of intuitive design choices you won't find anywhere else and visible oversights that no other dev would release.

Full body simulation with 15 programmed stances, including passive weapon stabilisation against terrain and active weapon resting or bipod. Free look without turning your body, so you can set up in cover and make minimum movements to check left and right or track a helicopter's path while sprinting without interrupting the run.

Ballistics also applies to artillery. There's an artillery computer to make it easier for relaxed games, but you can also go full simulation and target your shots by azimuth and elevation, which is how people on king of the hill servers with the artillery computer turned off can still drop accurate shots from 10km away in the mountains.

There's even a data uplink system that can give you beyond line of sight targeting for missiles on tank destroyers, drones and aircraft. Haven't seen too many servers using it but it's there.

Zeus. Imagine playing dungeons and dragons as an online milsim, where you and friends are playing first person shooter and the game master is playing StarCraft. You can set up scenarios on the fly, create buildings and shut down roads, let your players choose where to go, get there ahead of them and drop a roadblock with a tank, if they attack it, you're setting up more behind it, if they avoid it, you're adding patrols in the forest. Free form and really fun.

Clunky as hell. Set up a bipod and your characters midsection will move vertically separate from their hips and legs, with a weird kind of stretchy look. Land a helicopter on the roof of a truck and the two of them will likely pinball off into the distance together.

Hackers. The game is a simulator first and an internet connected game second. Client side has a lot of access to the server and this makes hacking easy.

Honestly I love it.