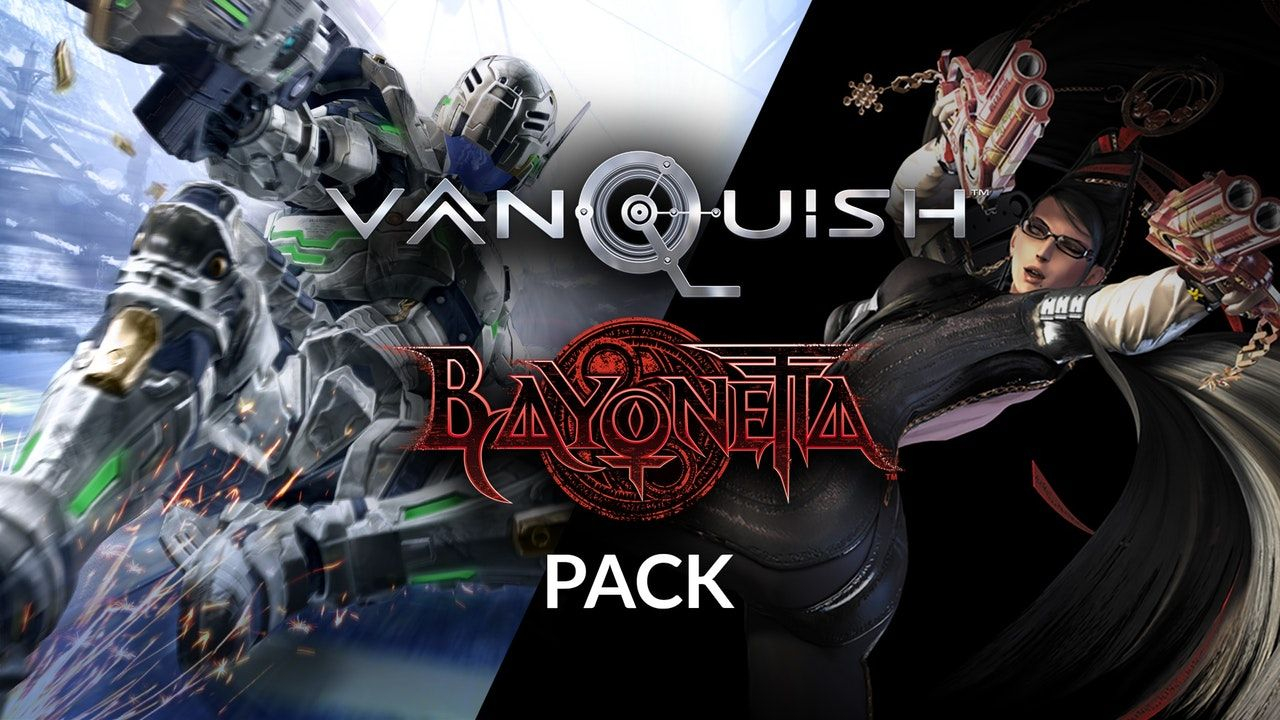 An action-packed duo from PlatinumGames!

Enjoy enhanced editions of the acclaimed masterpiece Bayonetta and the revolutionary sci-fi shooter Vanquish at one incredible price with the Bayonetta + Vanquish Pack.

BAYONETTA
Regarded as one of the greatest PC ports of a console game of all time, with incredibly frantic and fluid gameplay. If you've never played Bayonetta before, the PC is simply the only place to truly experience one of the most universally acclaimed character action games of all time.

Hack and slash through hordes of evil angels, performing complex combo strings, using brutal melee and precise guns along the way. Unleash gruesome torture attacks such as the Iron Maiden, Guillotine and more to finish off enemies and send them to hell.

VANQUISH
Battle legions of future-tech enemies using a vast arsenal of weapons, including all DLC, with revolutionary sci-fi action shooter Vanquish. Gear up in the Augmented Reaction Suit as government operative Sam Gideon and become the ultimate weapon.

Combine unrivaled firepower with superhuman speed and agility to take down a huge variety of deadly robots. Experience fluid and frenetic combat, spectacular melee moves, and intense speed wrapped in a gripping story - all with a fully unlocked framerate and gorgeous HD resolutions.
PostTweetShare Share with WhatsApp Share with Messenger
Community Updates
Fanatical DealsFanatical Discount Codes
New Comment SubscribeSave for later
3 Comments
1st Apr
Good deal, great games. Was about to pull the trigger and then found I already own both games, I have too many games in my steam library methinks.
1st Apr
I want to buy this but I know I’ll never play them.

Oh well, that’s never stopped be before!
2nd Apr
I've replayed vanquish about 5 times, twice on PS3 and 3 times on PC.
The higher frame rate/resolution and mouse aiming on PC makes it even better!