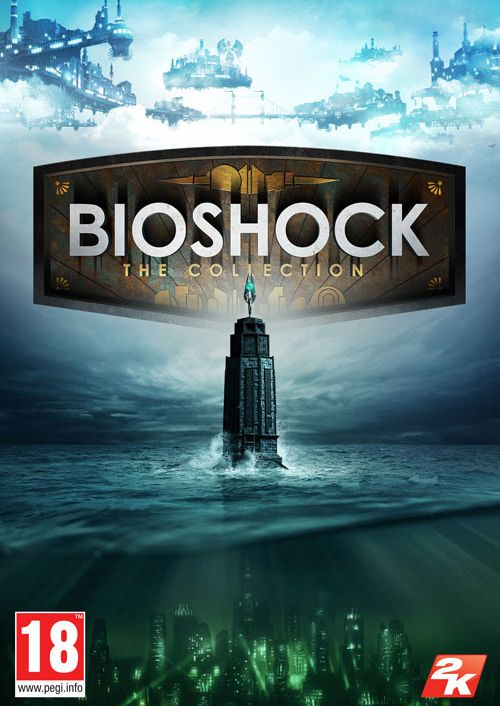 Return to the cities of Rapture and Columbia and experience the award-winning BioShock franchise like never before, beautifully remastered in 1080p.

Do it
7th Jan
I've heard the first two are terrible ports for PC. Has anyone played these and encountered any problems? I'm keen to get them eventually, but more for nostalgia reasons. I already have a massive backlog!
7th Jan

I never completed the first one because of the constant crashes.

I would be interested to know if this issue was resolved as I would be tempted to go back and try and complete them.

Edit. Just checked the steam forums and it seems people are still reporting problems with crashes when they try and save the game. I would avoid this if I were you as for me it's literally unplayable in its current state.
Edited by: "Richyroo" 7th Jan
7th Jan

Currently playing Bioshock 2 now on PC, no issues saving at all and runs at solid 144fps (although you can't tell much diff between tnag and 60!). Not sure what the history is here but its fine for me
Edited by: "RoadieRunner" 8th Jan
7th Jan

Only 9p cheaper. Seeing as the site is banned on here, I wouldn't risk it.
7th Jan

There's nothing to think about, buy it now.
7th Jan

Only 9p cheaper. Seeing as the site is banned on here, I wouldn't risk it.

Didn’t realise it was banned, anecdotally speaking I’ve had more problems with CDKeys than with HRK.

A good compare the market style website for CD keys across all platforms is www . allcdkeys . com
7th Jan

Never had an issue with CDKeys. Always a risk with key selling websites.
7th Jan
Nothing like the

Never had an issue with CDKeys. Always a risk with key selling websites.