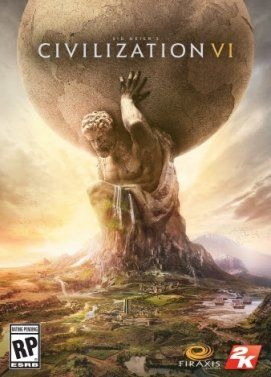 £7.25 if you're paying via PayPal
Build civilisation from tiny village or settlement all the way up to political juggernaut – basically a digital boardgame in which you have to build your empire from scratch into a leader on the world’s stage through trade, deals, battles and much more.

The terrain affects your successes, with forest, desert and tundra all having their own advantages and disadvantages to the player, so you will need to adapt your game play to get the best out of the area in which you are playing.

You can now spread your city around a bit – previously all improvements to a city were stacked into the hex block on which the city was built.

The new ‘unstacked’ way allows for cities to be better laid out, and players can earn bonuses for placing appropriate buildings in the right place – for example placing barracks near a training ground is a sensible decision, and is rewarded in the game

This is not to say that you can no longer stack items, but it is now somewhat limited and stacking can only happen with similar types of construction

The menus are displayed as ‘trees’ and there are trees for many aspects of the game, from Technology to Culture. The latter is new, and allows players to more easily win a game played from a cultural slant – something that was quite tricky in the original incarnation.

The game rewards players for sensible decisions – building a marina, for example, in the middle of dry land will result in few resources being made available, whereas building it by the water will ensure a steady flow of resources coming your way. There is really only one way to play: you against the game, but here are some tips that will help you if you are just getting started:

Planning ahead is key
As mentioned above, you will need to consider every move carefully, in every aspect of the game. From where you are going to place a theatre today to leaving enough virgin countryside for a National Park some time far in the future, you have to think about everything!

Barbarians are smart
Do not think that because you caught just one glimpse of a barbarian who then vanished that your city is safe, especially in the early days of construction. Often, they are scouts, assessing whether your city is attackable, and will return before you know it with a horde all set to destroy your careful creation!

Traders generate roads
Use this useful feature to get your infrastructure in place by spreading your traders far and wide. Doing this will ensure that your civilisation benefits from a wide network of roads with very little other effort from you.

Read the tech and civic trees carefully
These can offer you invaluable advice and can even offer warnings if you learn to read them thoroughly, putting their tips into good practice to build a magnificent civilisation.

Strategy is the key to succeeding at this game, and you must always be thinking three or four steps ahead of the game at every stage. Filling up the best tiles too soon can leave you short of assets at a later time, so you must plan out your city as carefully as possible, leaving enough space to expand into when necessary.
PostTweetShare Share with WhatsApp Share with Messenger
Community Updates
Instant Gaming Deals
New Comment Subscribe Save for later
1 Comment
19th Feb
I missed the platinum edition that was on offer :-(