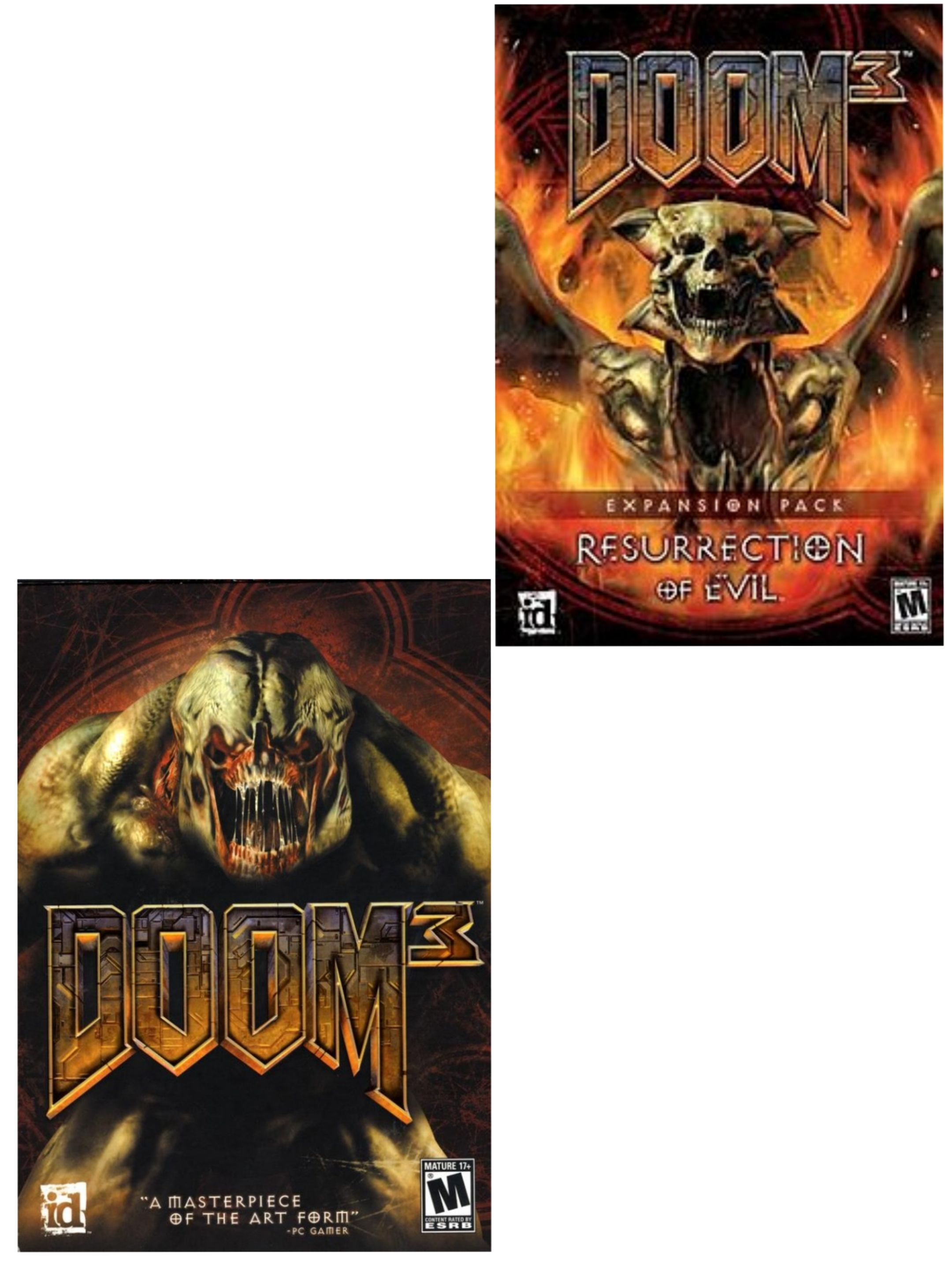 A massive demonic invasion has overwhelmed the Union Aerospace Corporation's (UAC) Mars Research Facility, leaving only chaos and horror in its wake. As one of only a few survivors, you must fight your way to hell and back against a horde of evil monsters. The path is dark and dangerous, but you'll have an array of weapons--including a pistol, a chainsaw, grenades, and more--to use for protection.
Resurrection Of Evil Expansion

The gripping expansion pack for DOOM 3 takes your even further into the the DOOM universe. Two years following the unexplained disaster on Mars, the UAC returns to the abandoned facility to investigate a mysterious beacon buried deep in the ruins of the ancient civilization.

PostTweetShare Share with WhatsApp Share with Messenger
Community Updates
Voidu DealsVoidu Discount Codes
New Comment Subscribe Save for later
11 Comments
17th Mar
Cheers for this! Cheapest it's been on any recent format so I had to snap it up.
17th Mar
Best Doom game imo. It's a good horror
17th Mar
I loved this game when it came out. I stopped gaming whilst I was at Uni and in the first few years of my career. After I was financially sound I bought a top range gaming PC and bought Doom 3. The progress of graphics and gameplay during my 5 or so years out of the gaming scene all hit me at once. I remember opening the airlock and going on the surface of Mars and almost feeling the atmosphere in my face.
17th Mar
Great shooter, the redux really upgrade the graphics too.

I really REALLY hated those blooming six legged massive faced arachnid things...
18th Mar
This is like the Mortal Kombat 4 but for the Doom series!
18th Mar
Haha was just going to get this. Checked the normal price on steam & discovered its al ready in my library!
18th Mar

Or rather lack thereof. The atmosphere on Mars is very thin.
18th Mar
I had an error message saying that payment through paypal was not successful but paypal send the money easy to them.
Contacted customer service.

Edit
Resolved in 7 minutes - thanks
Edited by: "mlekopan16" 18th Mar
18th Mar
I stopped playing when the bloke cant carry a gun & a torch at the same time. I understand the idea of creating space, but it was a pain in the arse having a 1 handed dude...
22nd Mar
Thanks for the heads up. I've ordered both.

Have some heat!
28th Mar
Seems to have expired