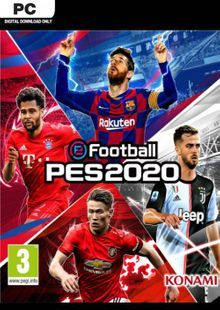 As always, the game features many real life football heroes, and their avatars are even more detailed in this version of the game. Partnerships with premiership teams have given the games designers access to the players, and they have used full body 3D scans of the players featured in the game. See below for details of which clubs have signed up.

This gives the on screen players an authenticity that could see the unwary assume that they are watching video footage rather than rendered video game play, with player’s unique tics and tricks faithfully captured and replicated for a genuine football experience.

Favouritism Not Allowed
Make sure you do not overuse your players. It can be tempting when you have your absolute hero at your fingertips to use him for absolutely everything, but the AI has got wise to this. Overuse of one player will trigger barriers to continuing this trend, such as the opposing team marking the player so tightly that any passes will almost certainly be intercepted.

While this can seem frustrating, it actually makes you a better all round player at the game, and a better manager or coach for your online team, forcing you to experience play in the guise of all the players – a valuable experience and a much more fun one now that detailed quirks have been uploaded into the game.

Ways to Play
There are two ways to play, the first being the standard fare for online soccer games: you put together your team, manage and coach them into peak condition, and then send them out to win games, money, accolades and your job security for a week or so! The management system has been thoroughly overhauled, so make sure that you go through all the details to find out exactly what you can and cannot do in this iteration.

But PES is moving towards the online game offering, and the focus of the game is quite strongly on this aspect. One new feature is ‘Matchday Mode’ where you can send your beautifully trained and fully prepared team to win their way to glory, one match at a time. The game will announce the game to be played – based on real life games going on at the time – each week, and you can decide to play or not, according to your chances of winning.

Who’s on the List?
This game features thirteen teams, of which five have attained superstar status in the real world:

Barcelona: The Spanish giant of football continues their relationship with PES ahead of a hotly anticipated special Barcelona release
Manchester United: All the real life players obligingly signed up to have their game play captured and their vital stats measured so as to give PES players the best possible playing experience
Bayern Munich: This team went all out for their new partnership with the video game: offering 3D scans of the players, official uniforms and even access to an online version of Bayern’s home ground
Juventus: Juventas hasn’t signed up with PES’s competition, football game FIFA, for the first time since that franchise got going. This means that Juventus is unique to PES 2020, and offers full access to official kits, their home stadium and 3D scans of all the players
Arsenal: Arsenal are continuing their deal with PES game’s designers, and are offering full access to the Emirates Stadium, current and heroic historic players and much more besides
PostTweetShare Share with WhatsApp Share with Messenger
Community Updates
CDKeys DealsCDKeys voucher codes
New Comment Subscribe Save for later
1 Comment
1st Feb
Cheers @Brutes