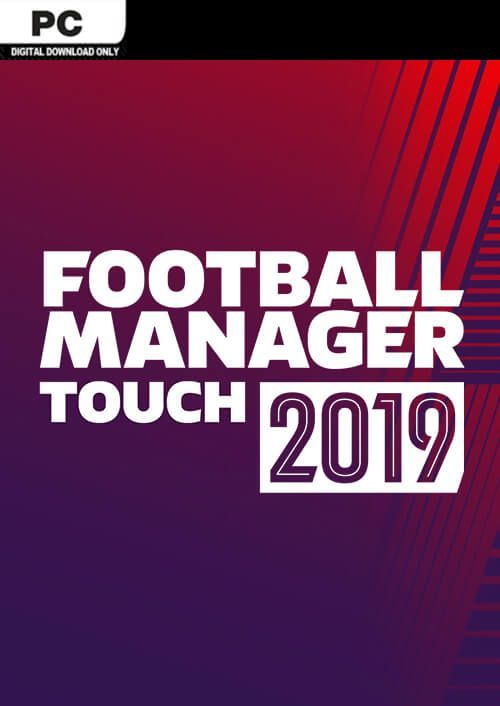 Slicker and smoother than ever before…

Upgrades and enhancements for the 2018/19 season ensure that FM19 Touch is the most polished release of the series, ensuring your rise to top is as efficient and enjoyable than ever before.

Take a ready-made path to success with new, off-the-shelf tactical pre-sets including ‘Gegenpress’, ‘Tiki-Taka’ and ‘Catenaccio’. You can also use the new tactical creator to craft something completely unique to you.


The revamped training module is not only fresh and simplified but is also a realistic representation of how clubs develop younger players and prepare the first-team for individual fixtures, and the season ahead.


Kick start your managerial career with a primer on the management fundamentals, designed to guide and elevate new managers towards success.


A fresh lick of paint and a host of small, but meaningful changes ensure that FM19 Touch is the the best-looking version of the game ever made.


The top two divisions of German football make their debut in Football Manager 2019 Touch, which means that both the Bundesliga and Bundesliga 2 feature official club badges, kits and player faces as well as their respective trophies.
In total, there are 26 fully-licensed league competitions from 11 countries as well as a host of individual club licences from some of the world’s biggest leagues
PostTweetShare Share with WhatsApp Share with Messenger
Community Updates
CDKeys DealsCDKeys voucher codes
If you click through or buy, retailers may pay hotukdeals some money, but this never affects which deals get posted. Find more info in our FAQs and About Us page.
New Comment Subscribe Save for later
9 Comments
19th Nov 2019
Great game - for those people with not a lot of spare time. Let your DOF do all your transfers and your assistant do the training and you can breeze through seasons
19th Nov 2019
This isn’t for a tablet is it? Just wondered by the wording of touch. But then when I click into it is says PC
19th Nov 2019

Yeah you can play it through Steam. I think it's designed for tablets, touch PCs (like the Microsoft Surface) and PCs. I think the only difference is on Tablet you can only have a certain amount of leagues running - PC allows more
19th Nov 2019
Is this a simpler version of the full game? I started a season on pc game pass but it was taking forever. I thought I was letting my assistant do a lot as well 😬
19th Nov 2019

Let your DOF do transfers!? Where’s the fun in that?? I love taking the credit for signing a 17 year old Brazilian wonder kid that no-ones ever heard of, when he smashes in 25 goals a season!
19th Nov 2019

You find the players, scout them etc you just put them on your transfer list and your DOF will just do the negotiating on price (they will also sell your transfer listed players)
20th Nov 2019
Do you still get this version aswell when you buy the full game?
20th Nov 2019
Can I play this on my Samsung tab s4 10.5 ? Would I just download it through steam on the tablet ?.
22nd Nov 2019

It's PC/Mac only. You can play it on your PC from the tablet via Steam link - does someone know how well this works?