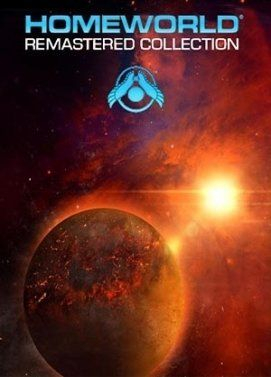 Price is with paying via PayPal

Experience the epic space strategy games that redefined the RTS genre. Control your fleet and build an armada across more than 30 single-player missions. Choose unit types, fleet formations and flight tactics for each strategic situation. Utilize advanced research to construct ships ranging from light fighters to huge carriers and everything in between.

As a free bonus, this collection also includes original, non-remastered versions of Homeworld Classic and Homeworld 2 Classic, preserving the purest form of the original releases with compatibility for modern operating systems.

PostTweetShare Share with WhatsApp Share with Messenger
Community Updates
Instant Gaming Deals
New Comment Subscribe Save for later
11 Comments
12th Feb
Essential gaming, should be a bonafide movie, oh those cut scenes!
Edited by: "Maevoric" 12th Feb
12th Feb
dont understand how its gotten so cheap i paid well over £30 when it was released, best game ever
12th Feb
Thanks. Never played it but for less than 3 quid looks mega
12th Feb
Don't make rts games like this anymore
12th Feb
I remember playing these when first they were first released, absolute masterpieces both of them.. Played the remastered editions a about a year ago and thoroughly enjoyed them all over again,, If you've never played them this is an absolute treat
13th Feb
Essential. Buy this Mastapeace!
13th Feb
The Homeworld games should be played by every video gaming enthusiast. I bought the original Homeworld game on release and it is one of the best gaming experiences ever. It still holds up today. It is a pity the collection is missing Cataclysm. The story and mechanics are stunning. For this price everyone on the planet that has a PC should be buying it.
Edited by: "RocSpartan" 13th Feb
13th Feb
never played this whats it like command and conquer in space ?
13th Feb

never played this whats it like command and conquer in space ?

It's more like Warcraft, but in real 3D space and with visual/sounds from another universe.
13th Feb

It was at half the price (5$) in gog.com, it is available as Homeworld: Emergence.
13th Feb
Such fab games! I have no idea how many hours I've spent on these, both alone and with mates, but every second was time well spent!