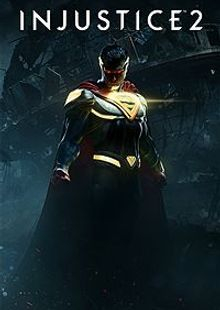 £3.99£4.4110%CDKeys Deals
Expert (Beta)1
Get deal*Get deal*
Expert (Beta)
1Get deal*Get deal*
Posted 7th May
Power up and build the ultimate version of your favorite DC legends in INJUSTICE 2. With a massive selection of DC Super Heroes and Super-Villains, INJUSTICE 2 allows you to equip every iconic character with unique and powerful gear earned throughout the game. Experience an unprecedented level of control over how your favorite characters look, how they fight, and how they develop across a huge variety of game modes. This is your super Hero. Your Journey. Your Injustice.