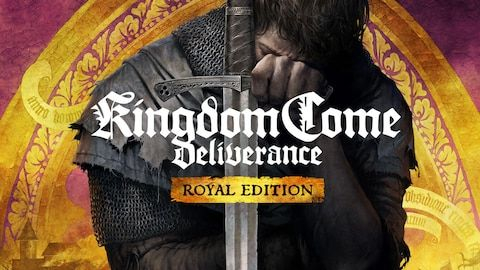 
You're Henry, the son of a blacksmith. Thrust into a raging civil war, you watch helplessly as invaders storm your village and slaughter your friends and family. Narrowly escaping the brutal attack, you grab your sword to fight back. Avenge the death of your parents and help repel the invading forces!Story:Bohemia – located in the heart of Europe, the region is rich in culture, silver, and sprawling castles. The death of its beloved ruler, Emperor Charles IV, has plunged the kingdom into dark times: war, corruption, and discord are tearing this jewel of the Holy Roman Empire apart.
One of Charles' sons, Wenceslas, has inherited the crown. Unlike his father, Wenceslas is a naive, self-indulgent, unambitious monarch. His half-brother and King of Hungary, Sigismund the Red Fox, senses weakness in Wenceslas. Feigning good will, Sigismund travels to Bohemia and kidnaps his half-brother. With no king on the throne, Sigismund is now free to plunder Bohemia and seize its riches.

In the midst of this chaos, you're Henry, the son of a blacksmith. Your peaceful life is shattered when a mercenary raid, ordered by King Sigismund himself, burns your village to the ground. By bittersweet fortune, you are one of the few survivors of this massacre.

Without a home, family, or future you end up in the service of Lord Radzig Kobyla, who is forming a resistance against the invasion. Fate drags you into this bloody conflict and shoves you into a raging civil war, where you help fight for the future of Bohemia.


Treasure maps of the lords banished by King Sigismund of Hungary, leading to the hidden treasures of those patriots, bandits and schemers.


As a newly appointed bailiff, you must decide what buildings to erect and what people to bring in, and you must also settle disputes between the villagers. Each building is unique and comes with its own upgrades, material and labour requirements, so you will face some difficult decisions.


The quest DLC revolves around his attempts to woo the fairest maid he has ever set eyes upon, and his success will not depend only on his own mastery of the art of love – it’s also up to his trusty wingman, you - Henry, to ensure that The Amorous Adventures of Bold Sir Hans Capon come to a happy end!


Kingdom Come: Deliverance's third DLC focuses on combat and minor skirmishes. Sir Radzig's old enemies are pillaging his estates, so he enlists the help of an old acquaintance, Kuno of Rychwald, the leader of an infamous mercenary band. Naturally, they need a guide, and who better for the job than Henry?


Armed with fortitude and dignity, she faces the coming days with a smile on her lips. And since God moves in mysterious ways, none of us can know the lot we shall have to bear. But it is often those of whom we least expect it who encounter an extraordinary destiny...
PostTweetShare Share with WhatsApp Share with Messenger
Community Updates
CDKeys DealsCDKeys voucher codes
New Comment SubscribeSave for later
7 Comments
28th May
Amazing game
28th May

Agreed. A close second in my opinion to The Witcher.
It took a while for me to appreciate and get better at the combat, but it was very rewarding once I developed the skills (not just in-game skills).
28th May
Got this on epic for free, it was so good I was more than happy to pay about £14 quid for all the DLC. So this is a bargain!

yeah the combat does take a while to master!
29th May

I obtained the base game from epic also. Haven't played yet or looked for the DLC for the base game. I suppose it's more expensive just to obtain the DLC's separately.
29th May

paid £15 i think, worth every penny! Had i have paid double that i would have still been happy
29th May
It's on game pass for pc aswell