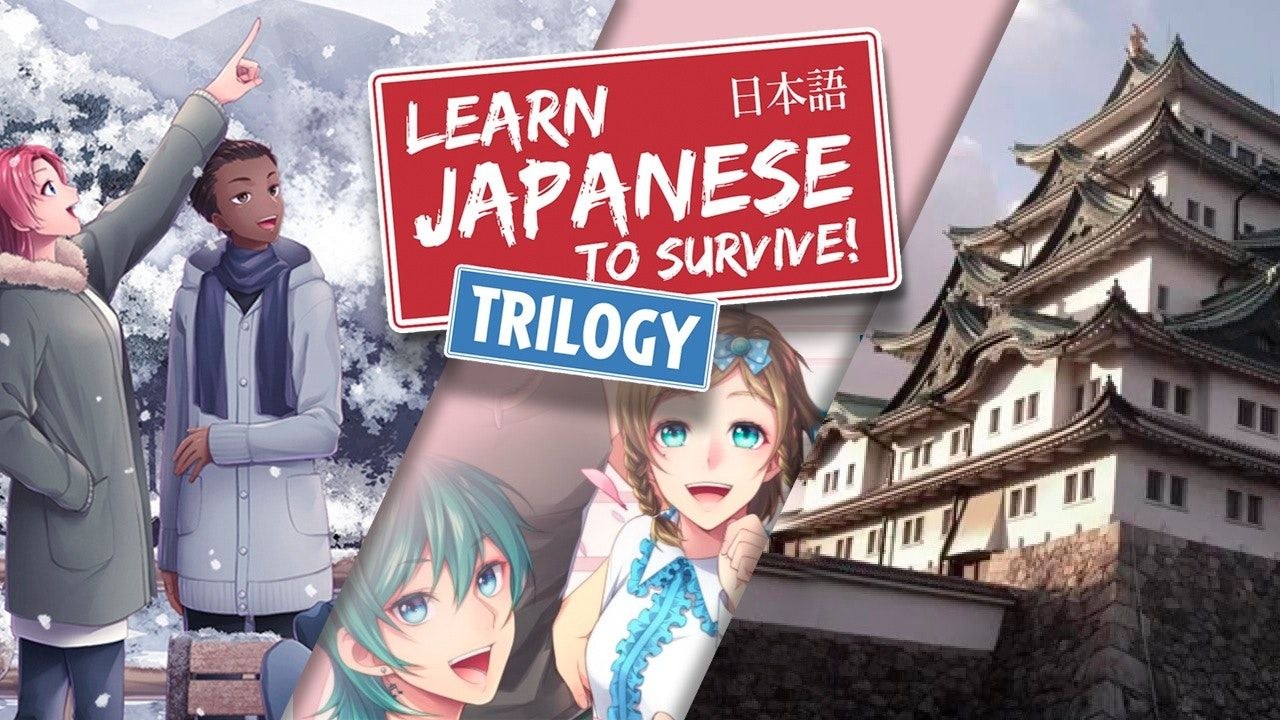 Learn Japanese To Survive! Katakana War is an educational game that is the ideal introductory course to the Japanese language! It's the sequel to the smash-hit Hiragana Battle – but you don't need to have played that!

This new game teaches you a separate part of Japanese: the Katakana writing system.

Compatible with PC & Mac, Learn Japanese To Survive! Katakana War launches you into a journey full of learning, action, adventure and intrigue. All you need to start learning Japanese is contained within the game!

Japanese is an exciting and interesting language. It looks a bit complicated to learn, right? After all, there are all those weird and wonderfully written characters to memorize. Where do you even start to learn them? How do you remember which is which? If you're asking yourself those questions, don't worry – that's completely normal!

The best way to learn a new language is with a learning tool that's going to keep you interested, challenge you at the right pace, and most importantly, keep you coming back for more. Learn Japanese To Survive! Katakana War is your ticket to easy Japanese learning!

WHAT IS KATAKANA EXACTLY?
The Japanese language combines 3 different sets of characters to form written works: Hiragana, Katakana and Kanji.

This game focuses solely on Katakana, which is frequently used to write words with a foreign origin, as well as names of people, places and things. That makes it incredibly useful!

With this game, you'll learn to read and write every single Katakana character! You'll master pronunciation and be able to write words in no time at all.

At the start of each of the game's chapters, you'll learn a new set of Katakana characters. Following that, you're free to go on adventures and explore.

You'll encounter dangerous enemies that have taken the shape of Katakana. To defeat them, you'll need to correctly translate them! If you give the wrong answer, you won't deal any damage. It's a learn & live situation!

On your adventures, you'll also learn Japanese vocabulary! You'll see how Japanese words are constructed with Katakana, and the translations of useful words and phrases.

Luckily, you're not alone on your adventure. You'll make friends who will study with you and join you in battle. If you bring them along on lots of adventures, your friendship will strengthen and they'll unlock powerful abilities.

PostTweetShare Share with WhatsApp Share with Messenger
Community Updates
14th Jan
Title states it but description confused me this deal includes ALL THREE games, hiragana, katakana and kanji
Fanatical DealsFanatical Discount Codes
New Comment Subscribe Save for later
9 Comments
14th Jan
Oh damn this is all 3? That's an awesome deal and such an interesting way to learn I'm defo going to give this a try thanks op
14th Jan

Be great if they had a Spanish version, heat added!
14th Jan
Domo Arigato Gozaimasu !
14th Jan
Not bad for the money, very basic but great to get started. This should help you with the kanji for JLPT N5 and a bit of N4.

Couple this with Anki for vocabulary, about 200 hours of grammar study and you'll be around the level of a 5 year old Japanese kid.
14th Jan
Still voted atsu! Though.
14th Jan
I was hoping it would include the romanji game as well

If you are trying to learn Japanese and like games (as I do), then I have found a useful idea is to watch YouTube live-streams by Japanese gamers. You will see and hear lots of Japanese text / speech. You can also practice reading live chat, and typing a bit in yourself.